WhatsApp will never be a cloud service 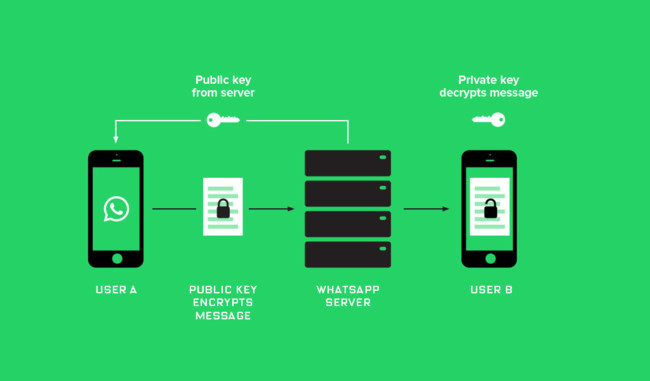 on some occasions have criticized from here that WhatsApp has had to resort to odd jobs to not become like most of its competitors, in a cloud service. The decision to be a simple messaging platform has made can not use the service from multiple devices (so lanzaron WhatsApp Web but requires that the mobile is connected) and the backup messages on Google Drive (compared with the automatic backup of your competitors). But it seems that there is no going back.

A few weeks ago we’ve all seen as nuestras conversations were encrypted end-to-end . This makes it impossible, once and for all, that WhatsApp to become in the future A cloud service , unless den reverse this decision so good reviews has garnered them.

Having a service end to end encryption means that only the receiver of messages, the phone itself which are targeted, can decrypting. And so everything goes through servers WhatsApp is unintelligible. Or messages or photos or videos or any attachment 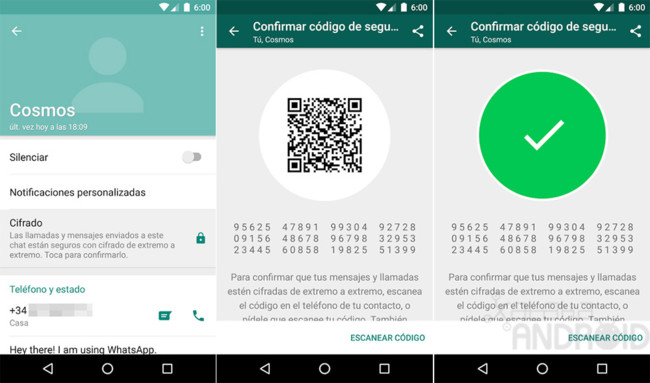 This for example prevents us to access from another device (PC, tablet, another mobile) to our account WhatsApp because would have no way to decipher what is there . Security, though, is high, but prevents future can mimic the patterns of other service providers messaging.

Is it a good idea?

WhatsApp, from the beginning, wanted to avoid being a cloud service. Always they presumed to be a simple message exchanger: only store the message until it is received, once this is done is deleted from the servers. With this strategy could grow much with few resources, both human and hardware.

On his way have I continued to maintain that this strategy is correct, even now that have no resource problems because the owner is Facebook. But there have always been doubts because the convenience they offer messaging services operating as a service in the cloud is very large (without going any further Facebook Messenger).

But with passing end to end encryption WhatsApp also puts the record straight: yes, there are limitations on WhatsApp, but there is no safer service . Indeed, the end-to-end encryption is an advantage facing the confidentiality of communications. There is no point Telegram conversations are encrypted if the server is decrypted so that users can access from multiple devices. Moreover, not only talk about an attack on the central server but a court order or share data with espionage organizations. 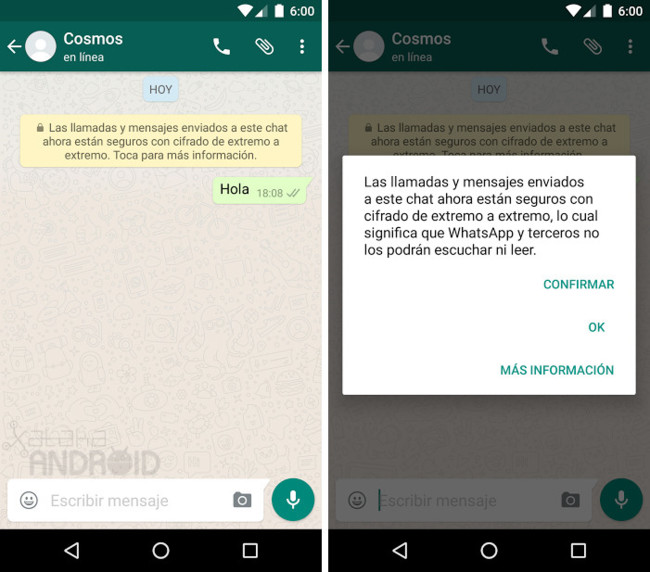 WhatsApp, to encrypt communications end to end, can not access our conversations , even if he wants. And if someone attacks WhatsApp servers, either in the form of hacker or lawyers, they simply would deliver information encrypted with very high security level.

Here we are again faced with a choice between convenience and security . Safety is annoying (for example, unlock your phone with a password) and the more comfort more insecurity. And here WhatsApp has opted for greater security at the expense of closing the door comfort by betting all competitors and to which they resisted without a convincing explanation. However now they have a