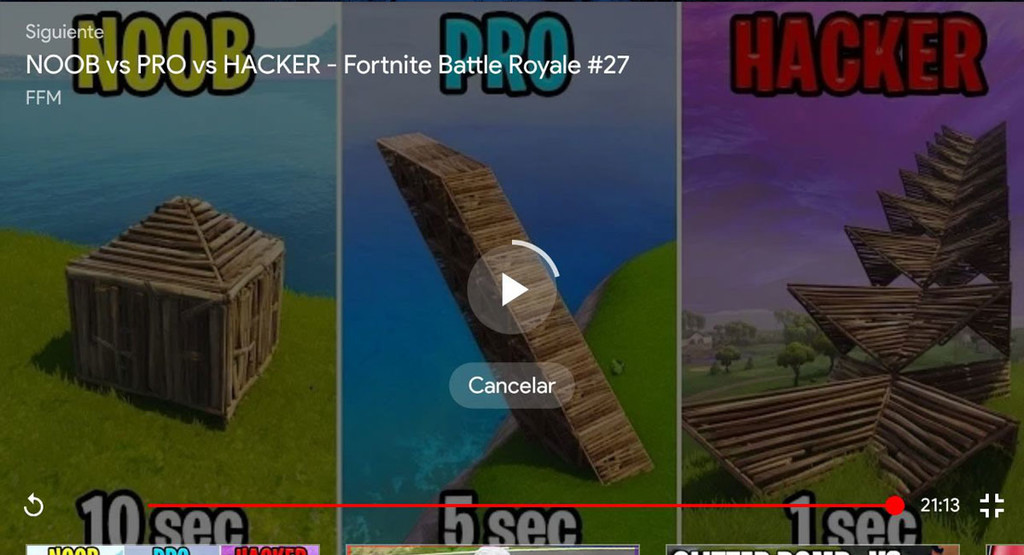 Personally, when I see a video in YouTube soil had better get on with clicking Cancel before the start of the next, well, or I don’t have time or I’m not interested in the next video suggested, but this may change with the new filters in the autoplay.

As always, it is still possible to completely disable the autoplay, but the novelty is that you will be offered several alternatives on what video will be played after. Yes, you must choose it before the end of the video you’re watching.

The new development is interesting for those who are put in front of the app of YouTube, played a video and let the application do its magic for play videos without stopping. Until now, YouTube chose for himself the video autoplay, but with this new you have a little more control on what videos will be played automatically. 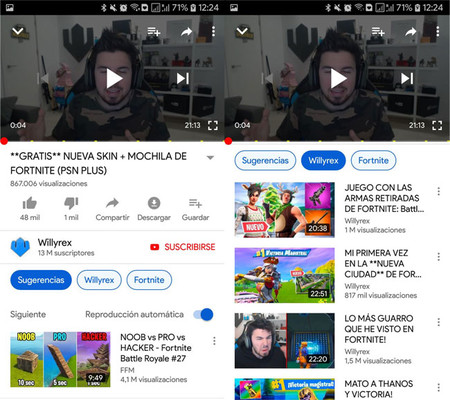 These new suggestions are displayed as pills below the channel information. Such suggestions vary a lot from one video to another (and in the majority of videos do not appear), but generally allow you to switch between the mode always (suggestions), more videos from the same channel or more videos on the same subject.

31 tricks to squeeze the most out of YouTube for Android

Playing in some of them you can see how it alters the list of videos that is put into the queue of auto-play, and YouTube will remember your selection for when you finish the video. Play so, if you have selected the autoplay the next video in the list.

If you have ever passed that you started watching a video recipe of tortilla de patatas and you ended up watching 20 more moments of mystery captured on video of all time, this novelty will allow you to at least to keep a certain theme in your sessions marathon YouTube.

YouTube already has incognito mode on Android: how it works and what is it used for

–
The news YouTube is testing filters for you to choose what type of video is displayed below was originally published in Xataka Android by Ivan Ramirez .