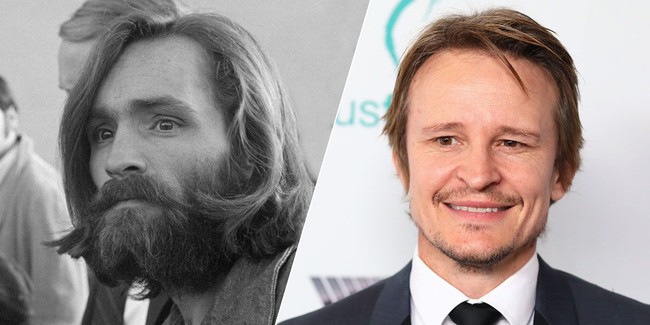 Damon Herriman is not afraid to entrain. Yesterday we mentioned that the actor has been chosen by Quentin Tarantino to give life to Charles Manson ‘once Upon a Time in Hollywood’, and today we learn that Herriman will also be Manson in the second season of ‘Mindhunter’, the formidable series that has David Fincher as a producer and director.

His version of the character should be striking for two of the world’s best directors have considered that he was the best actor for the role. According to Collider, it was Fincher who guessed right with the casting, since Herriman filmed this summer his scenes for ‘Mindhunter 2’. It seems that Tarantino saw the footage and thought that I would not find anyone to his height. It will be interesting to see the creation of Herriman in two works so different, in a matter of months.

The new season of ‘Mindhunter’ takes place between the end of the 70’s and early 80’s; Herriman embodies Manson is already in prison, at the end of their 40 years (in fact, the interpreter has 48). In ‘once Upon a Time in Hollywood’, the actor will return to the character a few years before, in freedom, when his clan committed the terrible crimes for which they became famous.

Damon Herriman is australian and his most prominent role to date is the Dewey Crowe ‘Justified’, the FX series. Leads acting since the early 80s, and accumulates close to 100 titles in film and television to their backs. But there is no doubt that, from 2019, will be known for giving life to Charles Manson for Fincher and Tarantino.

Sony gets the new Quentin Tarantino flick, which already has a release date (UPDATED)

–
The news Fincher and Tarantino have chosen the same actor to be Charles Manson in ‘Mindhunter 2’ and ‘once Upon a Time in Hollywood’ was originally published in Espinof by Juan Luis Caviaro .

Fincher and Tarantino have chosen the same actor to be Charles Manson in ‘Mindhunter 2’ and ‘once Upon a Time in Hollywood’
Source: www.vayatele.com
August 30, 2018