Cupertino renewed its range of mobile phones with three options ranging from 809 € to 1259 € entry.

Apple has presented, in their new event keynote of September, the anticipated new models of iPhone. The company bite has launched three smartphones different, which come to replace the phones of the past year, and that correspond to the iPhone 11, iPhone 11 Pro and iPhone 11 Pro Max. Once again looking to release a model, different size, design and performance, in function of the public and their demands. All of them will arrive on September 20.

So is the new iPhone 11: dual camera, new endings, and faster

Despite the fact that many did not believe in him, the iPhone XR became an economic model, popular and well-finished. The iPhone 11, the substitute director of the quoted mobile, comes with two cameras rear, new colors, and substantial improvements in the chip A13. In addition, you will have a price further adjusted and reduced, which makes it very attractive face to be the smartphone of the entry and top range most desired on the market. 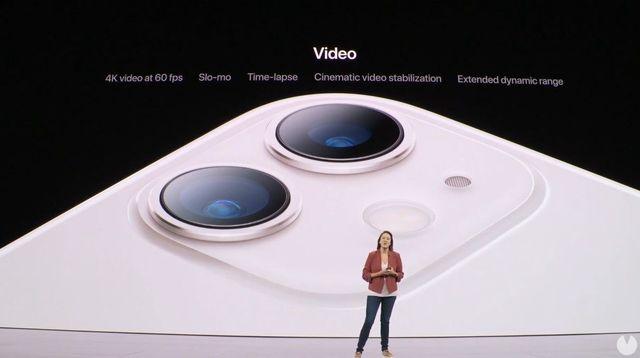 Continuing with the new layout of the lenses of this year, the iPhone 11 takes advantage of the box of the lenses and adds two, a primary and a telephoto lens, which is accompanied by a flash. The camera has improved substantially, captures more light, recorded at 4K and 60 frames per second, and has a stabilization kinematics. The front camera has also changed, and now, in addition to take advantage of the software iOS 13 to be able to edit the photos more precisely, you can record in slow mo.

The screen 6.1-inch is the same as last year. This is a LCD panel technology with Retina Display and holds the notch, a controversial in its day that in these times it has been adopted by almost all manufacturers to place their cameras. Cameras will follow with the recognition Face ID that Apple are so proud.

Keeps the LCD screen, but the interior, with the chip A13 Bionic, and the new camera double lens completely change the experience 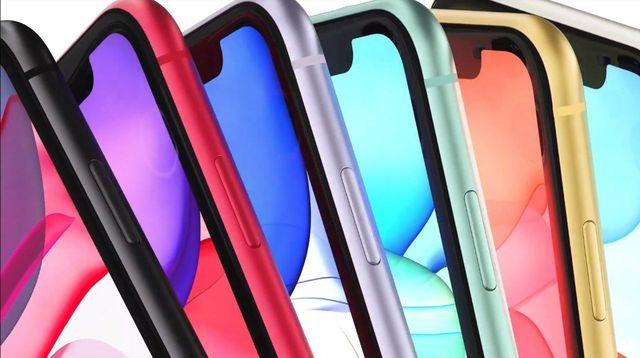 The interior is the key of the new iPhone 11 and his brothers pro. During the keynote, Apple has stressed time and again that the chip A13 Bionic is a the killer feature. The chip is responsible for raising, through processing techniques, machine learning, the processes and the performance of the phone, optimizing the hardware depending of the needs of the user. While it is unknown the RAM, yes we know that the phone will use a better battery that will have a time of autonomy extra in comparison the iPhone XR last year. As usual, the iPhone will come with 64 GB in its basic model and will have versions of 128 GB and 256 GB of storage. Available in six colors (white, black, red, yellow, lavender, green) and with a base price of 809 euro, you will be able to reserve the 13 of September.

The iPhone 11 Pro and the iPhone 11 Pro Max are the substitutes of the current XS and XS Max, and involve an internal change and relationship hardware with software. Keep screen, dimensions, and design in general lines, something that has become usual since the launch in 2017 of the iPhone X. iPhone 11 Pro will have a OLED screen of 5.8 inches, and the 11 Pro Max a 6.5 inches. However, there is a substantial change in the manner in which the picture will be displayed. 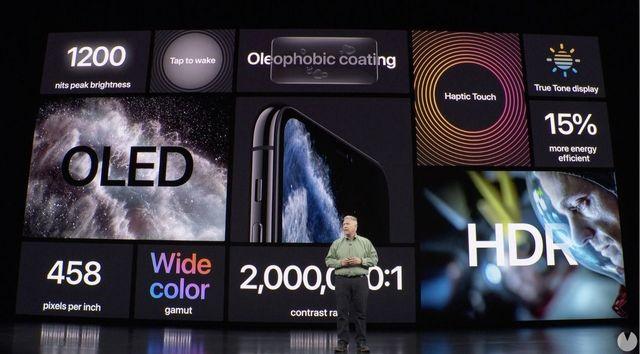 According to Cupertino, both screens are the best designed by Apple until now, something that makes them change of nomenclature and go on to be called Super Retina XDR, the same acronym of the screen for the Mac Pro, which will come to the end of the year. The reason? It offers more resolution and pixel density than ever before, something that elevates it to the category of professional. The new panel offers a brightness of 1200 nits at maximum, more than 485 pixels per inch, a contrast of 2,000,000:1 and certificates, HDR, Dolby Vision, True Tone and Wide Color to the greater representation of colors possible in a smartphone. In addition, this increase of technology has a double benefit: it is more efficient than ever before, up to 15% according to official data.

Both of these OLED screens are the best designed by Apple up to now: more pixel density and terminad professional

beyond the screen, the change of the two models of iPhone coming in the controversial triple camera or lens with triangle, a design that’s sure to clash and it will be the subject of ridicule by many so aggressive, but in a short time other manufacturers will adopt Google with its Pixel seems to bet for a similar distribution-. The reason for this change in the provision is clear: to capture the best photos, the greater amount of light and provide the software the representation of the photographs with a greater area to cover. All three lenses have the following characteristics: 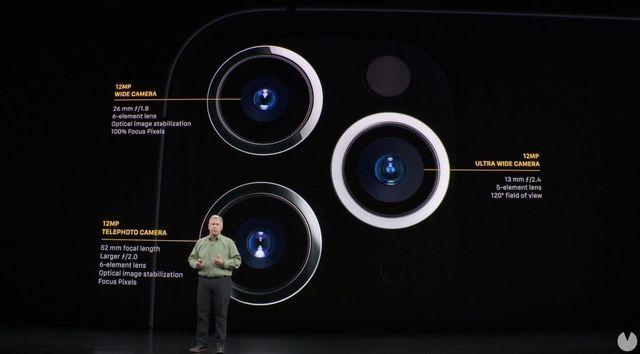 In an era in which the cameras are everything, the new iPhone 11 Pro and 11 Pro Max, will be able to make photos and videos of high quality, with capacity of 4K. As we said, the real change is inside the phone, the real heart of the terminal thanks to the A13 Bionic, a chip that not only helps the user tasks, it also allows them to make the call computational photography, which allows you to create a depth of images and to combine them to get the perfect shot. In this way, when the user takes a picture, generate 9 photos at different exposures. The phone merges, collects all the information and allows us to represent in our screen a new picture with a quality unheard of in a smartphone terminal of these features. Thanks to the new chipset inside, the iPhone 11 Pro and iPhone 11 Pro Max will have until four hours and five hours (depending on the model) of autonomy extra in comparison to the previous iPhone of 2018.

In four colors (green, black, white and gold), the new iPhone 11 Pro is sold from 1159 euro, while the iPhone 11 Pro Max will from 1259 eur. It will launch on the 20th of September, though bookings will be available on September 13. 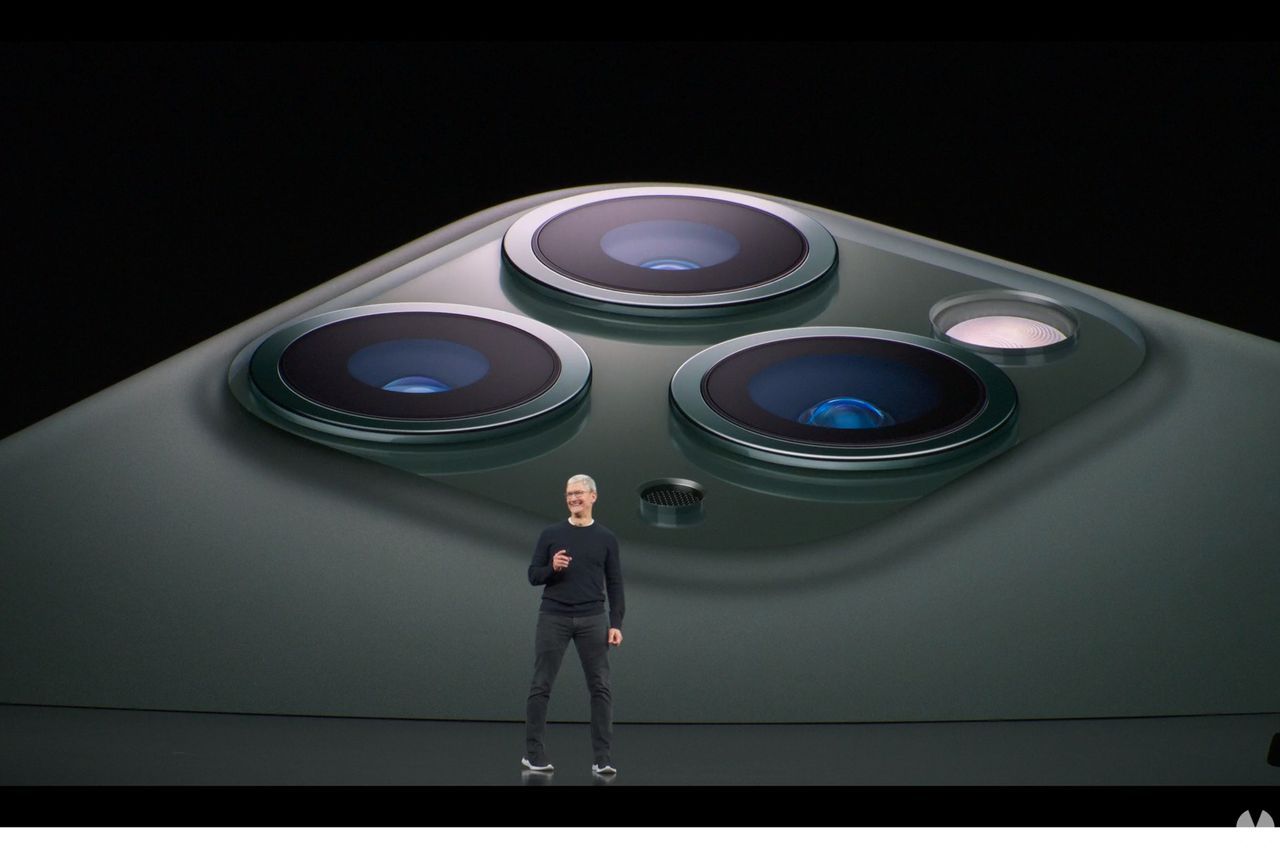