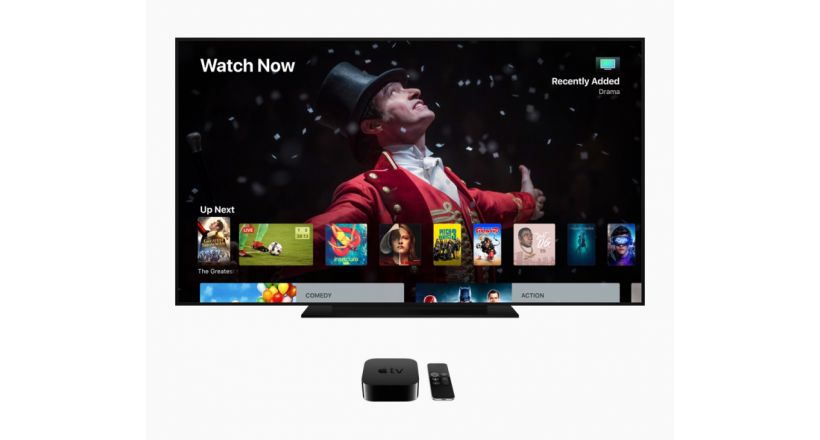 Apple showed a preview of the new version of the operating system for the Apple TV, tvOS 12. This new version offers a cinema experience and Apple TV4K with support for Dolby Atmos, and new functions for accessing shows and movies. Apple TV 4K offers a wide collection of movies 4K HDR and will offer from the end of this year movies support Dolby Atmos®, transforming Apple TV into the single player of streaming with certification Dolby Vision and Dolby Atmos.

The video providers around the world choose Apple TV 4K to deliver their subscription services to their customers. Apple announced that Charter Communications will offer Apple TV 4K to its customers, and adds to AT&T’s DirecTV Now in the united States, CANAL+ in France and Salt in Switzerland.

The application Apple TV on iPhone, iPad and Apple TV is a central place to find and watch movies and TV shows from more than 100 video applications in 10 countries. Only requires you to enter a single time to access all of the video apps available through the subscription cable. tvOS 12 simplifies the process of authentication with sign-on zero, Apple TV detected the network and logged in automatically to all applications with support to receive your subscription.

Apple has collaborated with the International Space Station National Lab and the Center for the Advancement of Science in Space to provide aerial views taken by astronauts NASA, which can be seen in quality 4K HDR on Apple TV.

The Apple TV Remote is added automatically to the Control Center of your iPhone or iPad for users of Apple TV, offering quick access to the user controls on Apple TV.

control Systems home as Control4, Crestron and Savant can be controlled using Apple TV, including Siri, to perform search and voice control.

The preview for developers of tvOS is available to members of the Apple Developer Program, and will be available as a free software later this year, for the Apple TV 4k, and Apple TV fourth generation.