Antoine-Laurent de Lavoisier (Paris, 26 August 1743 – 8 May 1794). Economist, Scientist, Biologist and Chemist, of French origin, known as the father of Modern Chemistry, for being the pioneer of the scientific revolution of the seventeenth century, a movement that produced the consolidation of Chemistry as a Science. 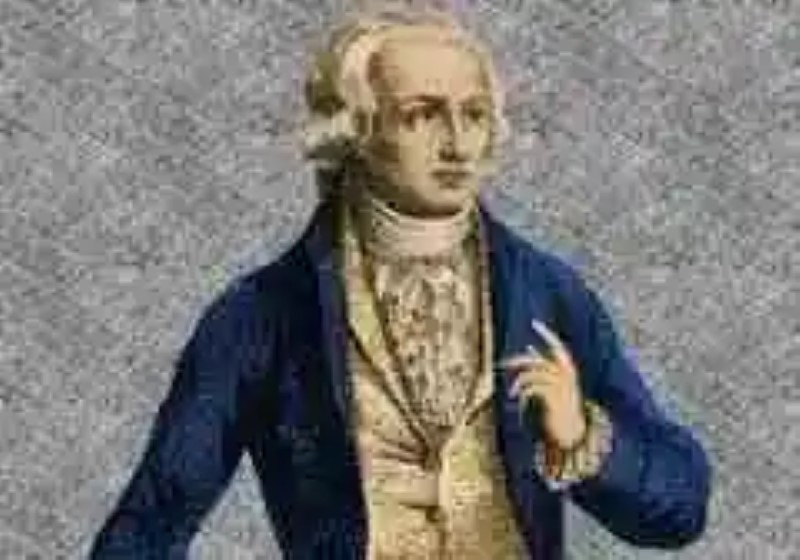 Together with Marie-Anne Pierrette Palze, his wife and also a scientist, he enacted the Law on Mass Conservation, the Law of Combustion and was one of the scientists who managed in 1787, before the Academy of Sciences, the implementation of 55 elements of a new nomenclature Chemical. He is also recognized for his valuable studies on animal breathing and the process of photosynthesis.

► The woman with the longest nails in the world Every woman likes to have a very well-groome...
► The suit in pre-Columbian times In the hard work of research, one can find d...
► The world’s most murderous children Below we will see a list of the bloodiest ch...

He was the firstborn and only son of a bourgeois family based in Paris. In 1754, he began his studies at the Mazarin College, where he obtained a comprehensive training in Sciences and Humanities. To please his father, he entered the Faculty of Law in Paris, an academic activity he shared with assiduous attendance at conferences on Chemistry and Physics.

At the end of law he was admitted to the Elite Lawyers Order, as did his father and grandfather, however Lavoisier decided not to practice his legal profession, and instead chose to devote himself to scientific research, in whose field he made so many contributions and demonstrated so many skills that, in 1768, it was worthy to become part of the Paris Academy of Sciences.

A few months earlier, he had received an inheritance from his mother, which he used to enter a business known as La Granja General, which was responsible for funding the government, and then collected money and interest during tax collection Generated.

Lavoisier always jointly carried his passion for science and his work as a tax farmer and other financial activities. It was within this group of financiers that he met Marie Anne Paulze, daughter of a fellow Lavoisir, whom he married. Antoine Lavoisier was 28 and she was 14. However, they managed to establish a highly productive relationship. With the dove of marriage, Lavoisier set up a laboratory.

Although she had no scientific education, Maria Anne became interested in her husband’s work, becoming a skilled laboratory assistant in a short time. He also handled English perfectly, unlike Lavoisier, so he translated important chemistry jobs for him. He also had great drawing capabilities, making precise illustrations to accompany their publications on their findings in the laboratory.

Law on the Conservation of Matter

Among the theories promulgated by Antoine Lavoisier is the Law on the Conservation of Matter,in which he could verify that the amount of matter is the same before, during and after a reaction, which meant a very important contribution to the advancement of the Science Chemistry.

He also devoted himself to researching the composition of the water, being the one who described its components, defining one as Oxygen and the other as Hydrogen.

Lavoisier was also interested in the reactions and processes implied during combustion, and although he initially accepted as true the Theory of Phlogist, promulgated by Georg Ernst Stahl, who said that during that process the “substance of fire” was released, the Lavoisier’s work was crucial in ruling out this hypothesis and demonstrating that the substance vital to combustion is Oxygen, which he collected within his publication Memory on Combustion in 1777.

In 1789, he conceptualized the element, defining it as a simple substance that cannot be divided under any method, a finding he made public in his Elementary Chemistry Treaty, where he also included his studies on the formation of compounds based on those Elements.

His research was also indispensable to understand the process of gas exchange during animal and plant respiration. In 1783, together with the mathematician Pierre Simon Laplace, he proceeded to lock for 10 hours a horse into a structure prepared with an oxygen reserve, in order to measure the amount of carbon dioxide produced by the animal during this time.

Similarly, it managed to measure the amount of Oxygen consumed by a human in both physical activity and rest. Lavoisier demonstrated that Oxygen is the main element responsible for producing body temperature in animals, and that physical activity increases the consumption of this element.

In 1783, together with other scientists, he presented to the Academy of Sciences a new nomenclature that included 55 elements discovered so far, leaving behind the theories that sustained the earth, fire, air and water as the basic elements from which composing the universe, thus establishing the principle of simple substances. In 1789 he discovered acetic acid.

In 1793 he was imprisoned during the time of the terror of the French Revolution, which sought to condemn anyone who had benefited during the Monarchy. Lavoisier was part of the group of philosophers and scientists who didn´t leave France believing himself safe for his scientific work, however he was judged for his financial activity and the benefits obtained as a tax farmer.

On 8 May 1794, despite the efforts of his companions, Antoine-Laurent de Lavoisier was guillotined along with 26 other tax farmers. History records that the next day, the italian-born mathematician Josehp-Louis Lagrange commented on it:

“It’s been a moment to cut off his head, but France will need a century for another one to compare to him.”

His work came to reveal to the scientific world the Law of Combustion, as well as his important findings on simple, compound substances, acid behavior, gas exchange processes, the law of Mass Conservation, among others important basic notions of chemistry. Lavoisier is considered one of the most influential people in history.

The sexiest kisses among famous women
Celebrities seem to take their role seriously in entertaining and amusing ...
The true story of Pablo Escobar “The boss”
One of the evil geniuses that has astonished the world the most in re...
The world’s best optical illusions
Optical illusions often play us real mental jokes and make us misperceive ...
The world’s most beautiful girl
Social media has become perfect means of putting and removing new media fi...
Bibliography ►
Phoneia.com (July 20, 2019). Antoine Lavoisier Biography. Recovered from https://phoneia.com/en/curiosities/antoine-lavoisier-biography/

This article was published by Phoneia, originally published in and titled "Antoine Lavoisier Biography", along with 18987 other articles. It is an honor for me to have you visit me and read my other writings.
◄ The best pop rock bands
The world’s smallest woman ►