Derinkuyu, the submerged city of Cappadocia

In Turkey, there is a region known as Cappadocia famous for having beautiful and enigmatic underground cities. It seems that in ancient times, the soils with more volcano ashes were used, to build a kind of bunker or underground house to shelter from the invaders of the invaders in the central part of the Asian continent. 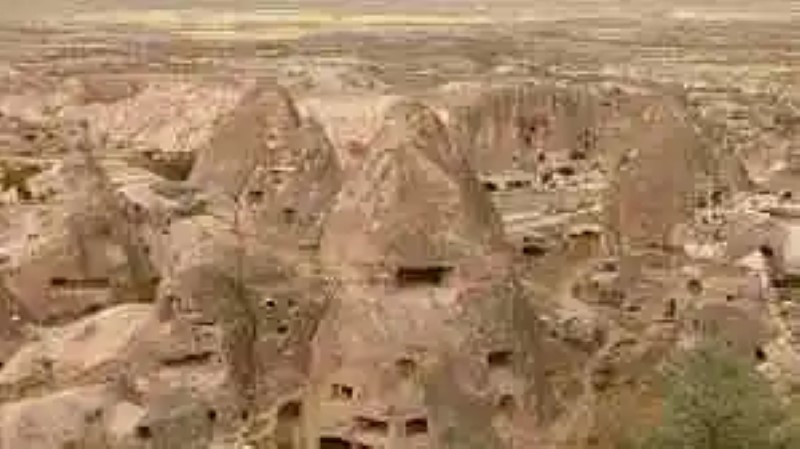 It is said that these cities located below the earth, had high technological resources and means to function and live well, in those underground places. Derinkuyu is the largest city in Cappadocia, with about 21,000 people. Several researchers who have focused on this topic have been very surprised mainly by the way they stored food and even livestock, under the terrestrial layer.

Many derinkuyu-living families did not even need to surface, having everything they needed to survive: Food, air and water sources that allowed them to stay there for months, immersed deep. Practically, these underground cities seem to belong to another dimension, or to a sci-fi story. But they’re very real.

Very similar to the organization of bees or wasps in a honeycomb, as well is the structure of the cities of Cappadocia. It has holes or ventilation ducts, a system that prevented people from poisoning by smoke from the torches.

Likewise, the rooms and each level had huge circular doors, which served to protect the city, when it was attacked, although no records have ever been found that Derinkuyu has ever been conquered.