Disney is sweeping in 2019: has already broken the record of annual revenue thanks to the momentum of Fox 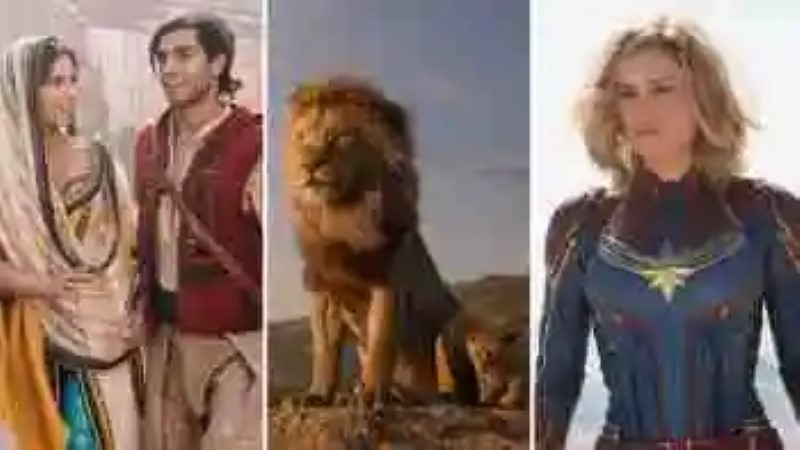 Disney is sweeping in 2019: has already broken the record of annual revenue thanks to the momentum of Fox
being the year of Disney. We have already mentioned that in 2019 he had few but very powerful news, at the least,...

being the year of Disney. We have already mentioned that in 2019 he had few but very powerful news, at the least, of course, from a commercial point of view. We like more or less of the productions of his label, the truth is that Disney takes raised 7.670 million of dollars around the world, a new record.

In this way, Disney exceeded to itself, since the study had the previous best mark, 7.610 M$ , achieved in 2016. The most striking thing is that it has already reached that figure in the last days of July, without a doubt, thanks to Fox, and still have five months ahead to expand these spectacular income. It is also the first study that manages to raise 5,000 million outside of the united States.

► Twitter detailing why you want to increase the length of the ‘tweets’ of 140 to 280 characters There is a big difference of characters bet...
► The best deals on apps and games for Cyber ​​Monday No one would take advantage of ... weir...
► Roomer, another nightmare for hotels Roomer, an Israeli platform, looking t...

May ‘Aladdin’ is not the worst adaptation Disney, but it proves why animation and real action are different worlds

With ‘Dumbo’, ‘Aladdin’, ‘Endgame’ and ‘Toy history 4’ is still in theaters, and ‘The lion king’ succeeding for just a couple of weeks, Disney it is still important ammunition for the next few months. Launched ‘Maleficent: Master of evil’ in October, ‘Frozen 2’ in November, and ‘Star Wars: The rise of Skywalker’ in December.

All indications are that the fortunes of Disney is going to go on increase after the purchase of Fox, and is now with franchises as popular as ‘Avatar’, ‘Alien’ or ‘X-Men’. But the plan of domination of the company of the mouse does not stop there: soon it Disney+, the great rival of the streaming platforms.

A fortune thanks to remakes

An interesting statistic of all the money that is accumulating Disney is that large part of their profits come from the remakes of their classic animated. Yeah, those remakes that we all say they are unnecessary; hey, it seems like that make a lot of money…

'The lion king' and the remakes that copy plan to plan: why not always work

In total, the new versions in live action from Walt Disney Pictures the campaign had raised 7,000 millionof dollars at the box office. Let us remember that this profitable trend started in 2010, with ‘Alice in Wonderland’ of Tim Burton, who did 1.025 million throughout the world.

In 2019 has released three remakes, ‘Dumbo’, ‘Aladdin’ and ‘The lion king’, of which only the first has had income below what is expected (interestingly enough, also directed by Burton), so it is understandable that they continue to announcing projects. Why would they stop? What will the day of the remakes realistic Pixar?

box office: Tarantino gets the best opening of his career with 'once Upon a time in Hollywood'

'The lion king': a dazzling visual display that not thrills as the original

–
The news Disney is sweeping in 2019: has already broken the record of annual revenue thanks to the momentum of Fox was originally published in Espinof by Juan Luis Caviaro.

Holo Widgets: A widget pack Holo style
If you like the interface HOLO , the design line that Google wants to ...
It is not abstract, but the nervous system of an insect
Although it may seem a canvas Jackson Pollock, one of the greatest ...
The beta of Modern Warfare 2019 unveils the arrival of boxes of loot after the launch
players discovered because of a 'glitch', the maneuver of Infinity Ward an...
You can already test the recorder Google voice transcription in real-time
We are waiting the arrival of the October 15 for Google to show us the ...
Bibliography ►
Phoneia.com (July 30, 2019). Disney is sweeping in 2019: has already broken the record of annual revenue thanks to the momentum of Fox. Recovered from https://phoneia.com/en/disney-is-sweeping-in-2019-has-already-broken-the-record-of-annual-revenue-thanks-to-the-momentum-of-fox/

This article was published by Phoneia, originally published in English and titled "Disney is sweeping in 2019: has already broken the record of annual revenue thanks to the momentum of Fox", along with 18989 other articles. It is an honor for me to have you visit me and read my other writings.
◄ Trailer ‘The Hunt’, human hunting, according to the Blumhouse more verbenera
The mid-range Samsung would continue to grow: filter out the Galaxy A30s, M20s, M30s, and more ►