Do frosted flakes or Sugar Puffs?: Netflix stores all of the choices of the users of the chapter Bandersnatch of Black Mirror 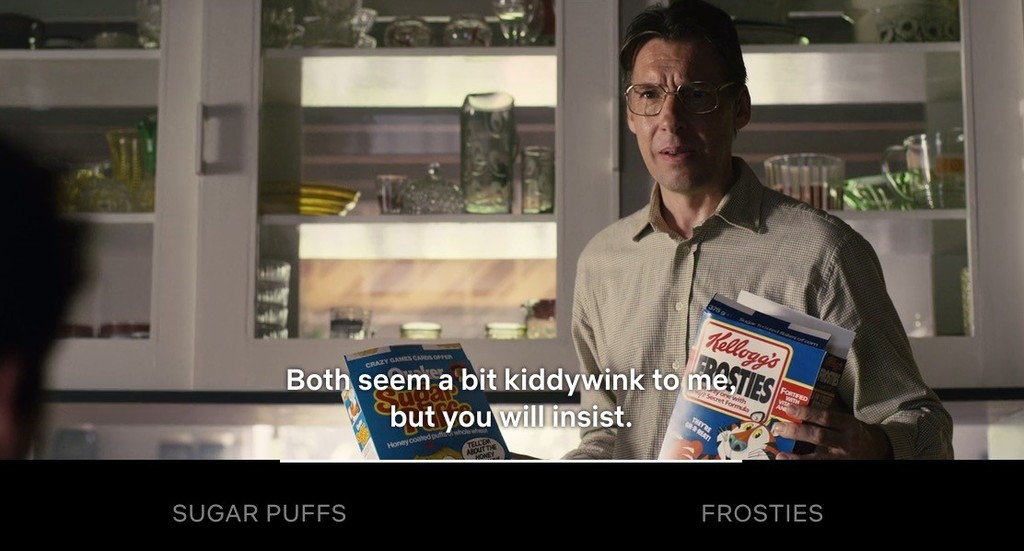 The chapter of Black Mirror, Bandersnatch, was the first interactive movie from Netflix. An episode very original as if it were the “Choose your own adventure”, the spectator is choosing what you want the protagonist to do. A series of decisions and choices that result in different endings.

via Michael Veale, a researcher of data protection at the University College London, it has been known that Netflix saves it in its database all the multiple choices that each user made during the chapter of Bandersnatch.

2000 communities of tastes and 27000 micro-genres, the basis of the recommendation system of Netflix

Following the rights reflected by the article 15 of the General Rules of european Data Protection (GPDR), the researcher sought to Netflix access to your personal data. The response he got was an encrypted mail with a PDF explaining the data and a CSV password protected where were all of the choices that Michael Veale had made in their viewing of the chapter of Black Mirror.

Remember everyone quickly speculating whether Black Mirror: Bandersnatch was a data mining experiment. I used my GDPR right of access to find out more. (short thread) #Bandersnatch

what frosted flakes or Sugar Puffs? Netflix saves all elections

Netflix replied to the researcher that these data will be carried out for “report on personalized recommendations in future reproductions“, as well as to “determine how to improve the storytelling“.

According to Motherboardthe goal of the researcher is to use this experiment as a way to educate so that the people know best how to apply their data and companies to make them more available.

As described by the researcher, the data sent by Netflix to download were “comparatively good” to be able to understand them. With a description of the parameters that are displayed in the data table. 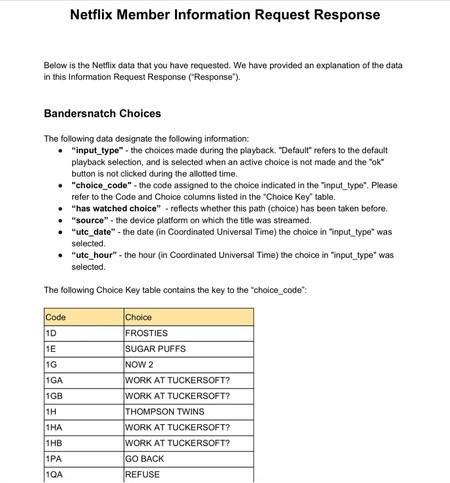 The report of personal data of Netflix is quite thorough and organized.

“what about frosted flakes or Sugar Puffs?” The episode of Bandersnatch reduces the choice to two different paths and that allows you to set very well the type of tastes and choices. Netflix knows the number of users who bet on a few grains, or the type of music they would choose. A narrative information that in the future it may be used to conform to those preferences. Netflix is not only able to predict the series that best suits you, but to create a series each time the most appropriate for our tastes.

Samuel Parra, a lawyer specializing in privacy and Data protection, explained to us that “the data saved Netflix and has requested the investigator are not personal data“. Under your point of view, “Netflix does not have why to ask for the permission to save this data, because it does not identify anyone.”

it is not a question of personal data, Netflix does not need to specify who will collect these data because it is information logistics and internal, without being associated to any user name or email address.

A similar position has Jorge Morell, consultant of Law and Technology. The expert considers that the “the privacy policy of Netflix is too generic and has expressions to improve“. In particular, for the chapter of Bandersnatch adds that “the treatment of the interactive episodes is different and could be refine“.

Yung Beef to Sergio Llull launching "moñecos": 21 interviews to celebrate the anniversary of 'The Resistance'

2000 communities of tastes and 27000 micro-genres, the basis of the recommendation system of Netflix

–
The news what frosted flakes or Sugar Puffs?: Netflix stores all of the choices of the users of the chapter Bandersnatch of Black Mirror was originally published in Xataka .