Francisco Caamaño (June 11, 1932 – February 16, 1973). Military and political leader, of Dominican origin, recognized for his participation in the constitutionalist uprising, which took place in 1965, in the Dominican Republic, where he also became Constitutional President of the Republic. 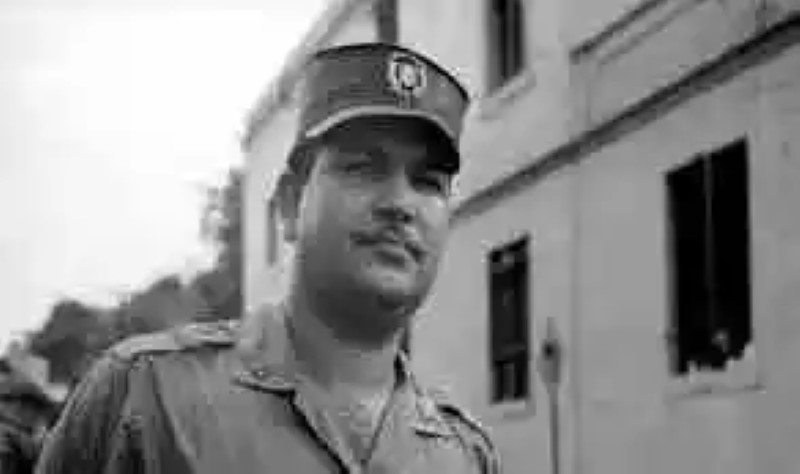 In his country he is considered a hero for having restored national sovereignty, in the face of the interventionism of the United States, before which he always fought, even handing over his life in the attempt to regain power and lead his nation to the liberation of that influence foreign policy and military.

He is also considered one of the most important figures of the twentieth century in the Dominican Republic, where he is held as a great patriot.

Francisco Alberto Caamaño Deñó was born on June 11, 1932, in Santo Domingo, Dominican Republic, into a family of Castrense tradition.

His father was General Fausto Caamaño Medina, who became Secretary of State of the Armed Forces (equivalent to that of Minister of Defense) during the dictatorial government of Rafael Leonidas Trujillo, in whose regime he became as a renowned and prestigious military, receiving several decorations.

Also, several of his ancestors had performed prominently in the military area. For his part, Francisco Caamaño followed the family tradition, and in 1949, at the age of seventeen he entered the Navy, from which he graduated in 1952.

Once out of the Military School, Caamaño continued his castrense training, taking various training courses, visiting Panama and the United States for this. By 1960, he held the position of Major.

That same year he was commissioned to the National Police to serve as Chief of Training. He also served as Commander of the Anti-Riot Corps, called the “White Helmets”. However, clashes with the police chief determined his return to the Army.

In 1964 he joined the group of military men who decided to support Colonel Rafael Tomás Fernández Domínguez, who was in exile in Puerto Rico, in the conspiracy to overthrow Reid Cabral, who for the patriots had broken the constitutional order, first by a coup d’état, in 1963, and secondly allowing American intervention in domestic decisions and policies.

On April 24, 1965, Francisco Caamaño commanded in the Dominican Republic the constitutionalist uprising, historically known as the April War.

This uprising immediately resulted in U.S. military support for Cabral’s government, of whom they were allies. Under the pretext of protecting the U.S. population in the Dominican Republic, the United States Government sent the 82nd Airborne Division of the United States Navy, from which some forty-two thousand Marines landed on the island.

Francisco Caamaño did not, on the contrary, with the popular support and elite corps of the Dominican Navy, commanded by Colonel Manuel Ramón Montes Arache confronted the invading forces. His participation and defense of the nation led Francisco Caamaño to become a national hero.

On May 3, 1965, the National Congress appointed him as Constitutional President of the Republic. Francisco Caamaño was thirty-two years old. On 4 May 1965 he was endowed as President, during an event in Independence Park.

During his rule, a total of fourteen laws and sixty-two decrees were issued, published in four Official Gazettes.

Of these stands out Law Number 11, which promulgates the renaming of the Ozama Fortress to Plaza Constitución, as well as the number 14 that he named from that moment as “April 24” to the avenue that until that time was called “George Washington”, demonstrating with them the nationalist nature of their management.

However, on September 3 of that same year, after the ceasefire negotiations ended, Francisco Caamaño signed the Dominican Reconciliation Act, resigning moments later to the Presidency, during a mass act, held in the newly called Constitution Square.

The Presidency of the Republic was assumed by Héctor Gracía Godoy, who would be in charge of calling democratic elections.

However, even though he was no longer president, on December 19, 1965 he faced an attack, when Dominican servicemen with the help of the U.S. Marines attacked the Matum Hotel, where Caamaño was with some of the military Constitutionalists. However, the operation was a failure for the assailants.

Once the news became known, the village took to the streets in support of Caamaño and his fighting companions. In the face of defeat, General Francisco Rivera Caminero launched Operation Honor, which aimed to physically eliminate the leaders of the constitutionalist movement.

After several government discussions, it was decided to send constitutionalist commanders into exile. Francisco Caamaño was sent as a military attaché to the Dominican Republic embassy in London, which was one of the many destinations, where the members of the movement were based.

In the 1966 election, Dr. Joaquín Balaguer, who was the favorite candidate in the United States, won the presidency. A year later, in 1967, Caamaño decided to resign his post as a diplomat and return to the Dominican Republic to overthrow Balaguer.

In order to seek support for his goal, he moved to Cuba. Six years later, on February 3, 1973, he landed with nine other men, on Caracoles beach. Just a few days later, he was assassinated in Nazaitus, a town in San José de Oca, on February 16, 1973, becoming a national hero to his compatriots.