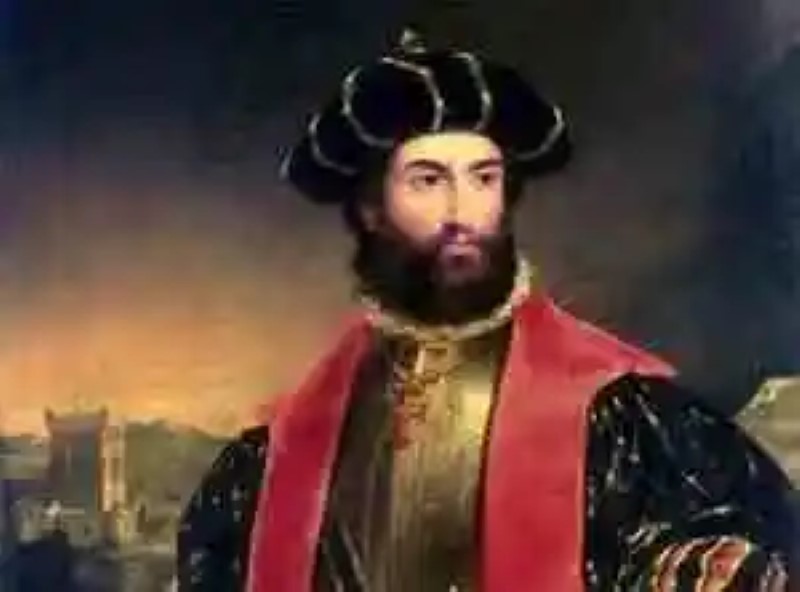 Their participation in the process of establishing trade agreements with India were crucial. He is considered one of the responsible for having made Portugal a power in the sixteenth century, which is why he is also listed as one of the most influential people in history.

Vasco de Gama was born into a noble family, in a small fishing village, called Sines, located on the coast of Alentejo, southwest of Portugal. It is believed that he was born in the year 1460, although other sources point out that his birth may have actually occurred in the year 1469.

He was the third child of Esteban de Gama and his wife Isabel Sodré. His father was a navigator, and he became endowed in 1460 with the noble title of Knight of the house of the Duke of Viseu, and was assigned the post Mayor of the Fortress of Sines.

Very little is known about his childhood and education. From a very young age he joined the Navy. He quickly gained a reputation as a brave and risky navigator.

In 1492 he received his first royal mission from John II of Portugal, having to go to the port of Setúbal, south of Lisbon, in order to seize French vessels, in the Algarve region, in revenge for the interruption on Portuguese routes , carried out by France. Vasco de Gama fulfilled its mission excellently.

Need for a route to India

Soon, John II of Portugal was succeeded by King Manuel, who from the outset reactivated the mission of finding a trade route to India. By this time the trade routes were under absolute control of Venice, but also since 1453, as a result of the ottomans taking Constantinople, trade had been restricted and increasing.

Portugal felt the need to break the monopoly and seek a sea route, which would allow it to reach India. Although other sources point out that Manuel I of Portugal was also looking for the possibility of defeating the Muslims, and taking jerusalem under his power, declaring himself king of this holy land.

By 1497, several Portuguese navigators had explored the African coast. One of the most prominent was Bartholomew Diaz, who in 1487 reached the far south of Africa and managed to double the Cape of Good Hope, discovering that the Atlantic and Indian Oceans were connecting.

Similarly, the report by an explorer named Covilha, who had gone by land to India and returned to Europe, bordering the African coast, showed that it was possible to reach it through the sea.

However, there was no need for someone to verify what these two explorers said. King Manuel I of Portugal appointed Esteban de Gama for this mission. However, Esteban passed away. The King decided to continue his plan, so taking into account the performance as a sailor of his son Vasco, he appointed him responsible for the mission.

On 8 July 1497, Vasco de Gama, endowed by the King with the title of captain-mor, sailed from the port of Santa Maria de Belém, commanded by a crew of one hundred and seventy men, made up of religious, navigators and soldiers, who boarded the four vessels that formed the fleet of this Portuguese expedition: the carracas S. Gabriel, Sao Rafael, Sao Miguel and the Carabela Bérrio.

His mission was to skirt the African coast, again bend the Cape of Good Hope and move beyond the known limits in search of India, in order to deliver the King’s letters to the rulers they were finding and establish trade agreements with these Territories.

After more than six months sailing, on December 16 they managed to surpass the river do Infante, the point to where it had come from Bartolomé Díaz. On 2 March 1498 they arrived in Mozambique, where they met the first Indian merchants, who confused the muslim travelers, which is why they received them amicably.

After a series of confusions, they were forced by a crowd to flee this region. Some time later they passed through the Arab port of Mombasa, with this being the first Europeans to visit it. They also arrived at Malindi, where the sultan received them amicably and granted them a pilot to take them to Calicut.

On 20 May 1498, the expedition finally arrived at Kappakadavu, near Calicut, in Kerala state, India. They had achieved their goal: to discover a sea route from Europe to India.

This road was called Cape Route. However, establishing trade with the Indian sultans was even more difficult, owing to their mistrust and opposition from the Arabs, who were determined not to accept the Portuguese as competitors.

After heavy clashes, hostage-taking, attacks on boats and tense negotiations, during his second voyage, Vasco de Gama, he managed to eliminate – in September 1503 – Arab rivals in the Indico, found the Portuguese colony of Cochin and position Portugal.

In October 1502, he finally established an agreement with the Indian ruler. Also gaining fame as a “solver” of problems in India.

In 1524, endowed with the title of Count of Vidigueira, he was sent again to India by the King, in order to bring order. He was granted the title of Governor and Second Viceroy of Portuguese India, in order to rule Cochin. However, during the voyage he contracted malaria, dying on 24 December 1524, in the same colony he had founded twenty years earlier.