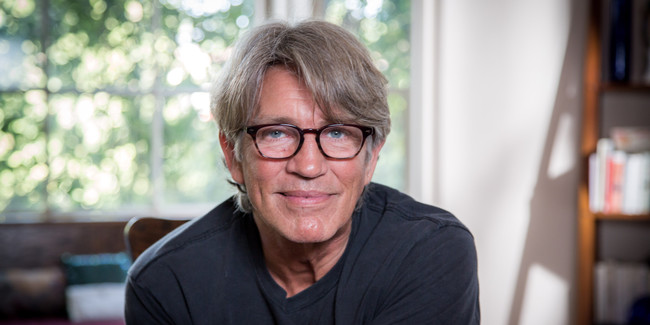 Eric Anthony Roberts, 61-year-old actor, nominated for an Oscar in the best secondary in 1985 by ‘The train of hell.’, brother of Julia Roberts, father of Emma Roberts and holder —fasten your seat belts— 488 credits as a performer are registered on IMDb to today’s date. With these credentials, even if I do not come to mind his face to the pot soon, you can be assured that your roads moviegoers have been crossed with the best of Eric on more than one occasion.

beyond this wild figure of productions in which he has participated, and ranging from films of prestige as ‘The dark knight’ or ‘Pure vice’ to by-products with titles as wacky as ‘Las Vegas’ Vietnam: The Movie’, the race recent of mr. Roberts noted for the achievement in its last year, period of time in which he has filmed 74 feature films. The artist has revealed his secret to reach these astronomical numbers during an interesting interview granted to Vanity Fair.

the key to The extensive curriculum vitae of the actor, who enjoyed a well-deserved peak of popularity in the 80’s to then be sentenced to the prolific serie B due to their excesses with cocaine and to a terrible traffic accident, happens, as is obvious, by do not reject a single offer of work —or even that anyone in their right mind would discard—; especially after the great directors cease to rely on their services, forcing him to look for the chickpeas in tapes of all kinds.

Roberts summarizes how this damaged his reputation, and changed his image in front of the industry and its environment in the following statement:

“I Started doing a lot of films of series B —bam, bam, bam, bam, bam, bam— one after the other and, suddenly, it had been two or three years in which I made some 30 films. Now, in the last two years I’ve done a 70… I Started having fun on the job. I’m a fucking fanatic! I could do it all day, throughout the day. But then everyone started to laugh at me and I went to [my wife] Eliza with a question: ‘why?’. Suddenly I saw myself with about a 250 and I realized that I had gone from being a joke who would do anything to be an ‘is there anything you can’t do?’. 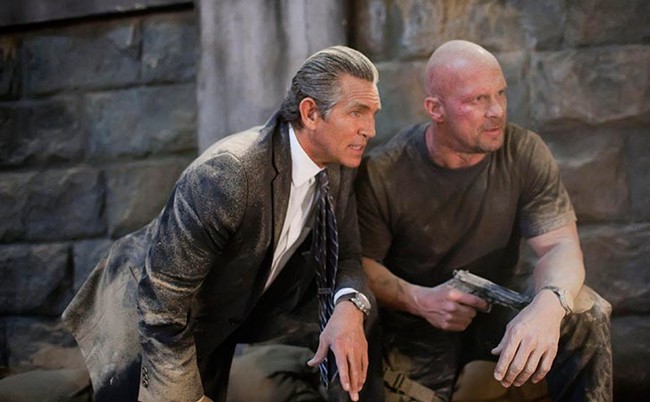 Eric Roberts with Steve Austin in ‘The mercenaries’ (2010)

Although it may have miscalculated how many jobs he has performed during the past 24 months, there you recognize that, beyond the eccentricity derived from their voluntary exploitation film, you can entreverse something really admirable: a person who, after overcoming certain difficulties and a severe drop professional, continues to build a career doing what they love and without fear to be judged by your environment; and that is something that we all should learn.

Cinema in the living room. 'The train of hell', the price of freedom

Jim Carrey went to Fashion Week in NY and gave us the interview most insane of the year: "Nothing makes sense"

–
The news Eric Roberts account of how it is able to roll 74 movies in a year without losing the passion for film-making was originally published in Espinof by Victor Lopez G. .

Eric Roberts tells how it is able to roll 74 movies in a year without losing the passion for film-making
Source: english
February 2, 2018