First and exciting details of ‘Star Wars ‘Resistance’, the new animated series of the saga 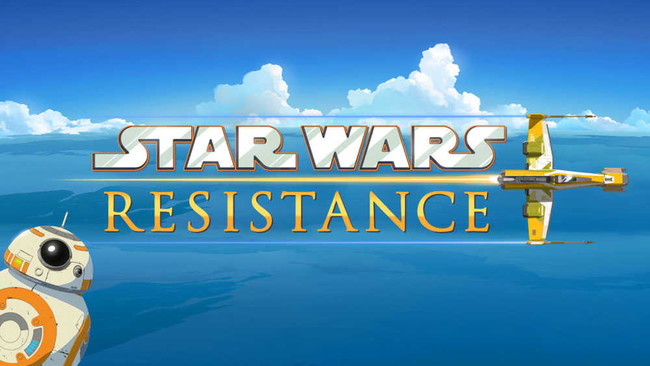 The machinery of the ‘Star Wars‘, as is all Disney, not stop working and in the last decade there is that you recognize that you are doing very well in the field of the animated series. After the completion of ‘Star Wars Rebels‘ to the beginning of the year, we only had to know what was the next installment animated franchise.

Lucasfilms has just announce, ‘Star Wars: Resistance‘, their new animated series that will premiere on Disney XD next fall. Yes, it looks like you already have everything ready for you at the end of this year we could already see this new series.

‘Star Wars ‘Resistance’ value in the gap before ‘The awakening of the force’, following a young pilot, Kazuda Xiono, who is recruited by the rebellious side to spy and report on the growing threat of the First Order. A few more data you have given us, except that somewhere in there BB-8, and which appear to be characters such as Poe Dameron.

The creator of the series, which will have a strong inspiration in the anime, is Dave Filoni, who already work and produce both ‘The clone wars’ as ‘Rebels’. Filoni summarizes the idea that has ‘Resistance’:

The idea for ‘Star Wars ‘Resistance’ comes from my interest in aviation and the combat pilots of the Second World War. My grandfather was a pilot and my uncle flew and restored aircraft, so I have been a big influence on me. There is a long history of racing at full speed in Star Wars, and I think we’ve captured that feeling of excitement in a style inspired by the anime, which is something that all the team has wanted to do for a long time.

To see what emerges. The truth is that I think that Star Wars is is doing very good job with their animated series and, in addition, the rise of the First Order, it seems to me one of the most interesting things about this new trilogy of films. To see if they make a good story of it and that they are not “war stories” and career space.

why whenever I see 'Fullmetal Alchemist: Brotherhood' me goose-bumps

–
The news First and exciting details of ‘Star Wars ‘Resistance’, the new animated series of the saga was originally published in Espinof by Albertini .