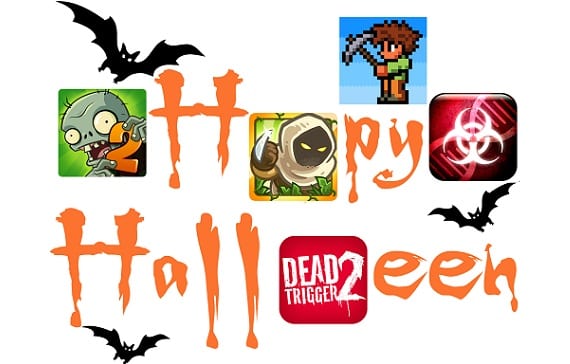 We are now at the Halloween night, or what the same evening or night of the dead witches, and what better to accompany five horror games, some of them has been updated with appropriate customizations for tonight.

A Plants and Zombies 2 Free from Google Play that is dressed appropriately for tonight, Kingdom Rush Frontiers, which was updated yesterday two new heroes and several maps of Halloween, Dead Trigger 2 tunes perfectly with this pagan festival killing thousands of zombies, Terraria a mini sandbox for your Android terminal where you have to fight 60 different types of monsters and Plague Inc. a strategy game where you have to create a virus to eradicate humans from the planet in a way not seen at the time.

Fresh from the furnace to reach the table which means the screen of your smartphone or tablet, Plants vs Zombies 2 is on the same line as the previous title but with succulent new like moving back in time to arrive at different times such as Egypt or the Wild West, where all types displayed of zombies to try to break into your home garden. 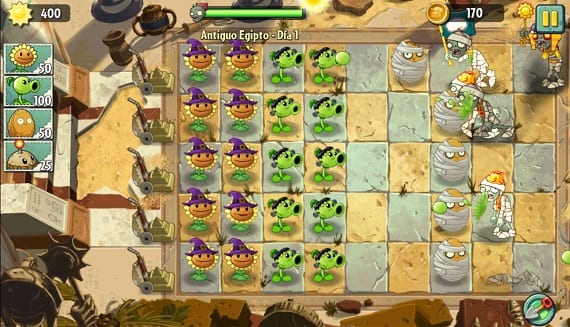 Plants vs Zombies 2 is properly dressed for tonight

For those who are diehard fans of the first Plants And Zombies, PvZ 2 shows with beautiful graphics and superb gameplay certainly all a choice for this day and free from Google Play. Within it will acquire new powers or maps through micro transactions what extend the life of one of the best games that can be found now in the Google store.

Franken-Peashooter is waiting these days to celebrate this day with a fun Halloween with family and friends, with new plants powerful dozen new zombies, enhancers for your plants, all type of challenges or gather keys to play other missions.

One of the best tower defense that you can find on Google Play received yesterday a new update with three new maps, nine new enemies like ghosts of lost souls, werewolves and even vampires. Two new types of heroes: Hire Dante the Vampire Murderer and the Legendary Dracolich Boneheart. There are also 5 new achievements and Easter eggs with cameos as the Headless Horseman. 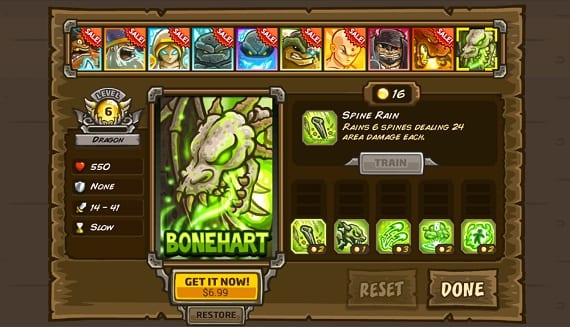 Bonehart is one of the new heroes who will accompany

Quite a large update to celebrate Halloween tonight for a game that lets you enjoy fast with its excellent design, its graphics, its multitude of levels and and achieved a great gameplay to get ceasing not play up to have it completed.

To change a bit with the theme offered with the previous two, best now a good shooter like Dead Trigger 2 , part of the acclaimed and popular Dead Trigger, which will take you to a country like the United States devastated by a virus that has turned people into zombies , and here you, the survivors, come into play to try that the human species is not eradicated from the planet. 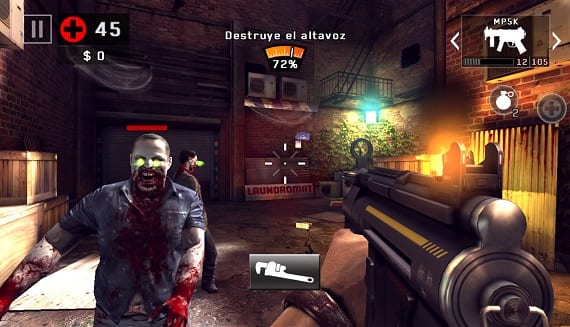 With excellent graphics and plenty of quests, even with multiplayer missions to play together , Dead Trigger 2 serves perfectly to enjoy the terror on a night like this, where much zombies try to turn you into one of them and make it your mission to survive not have many hours of life before I happened to play this magnificent and interesting shooter.

Terraria is another bet different for these five games to vitiate the night of the dead or Halloween night, following in part to Minecraft, where you can build your own house, dig mines, get materials, build objects, swords, armor, bite more than 75 different types of monsters and even five bosses.

Terraria is one of those special games Android

From day you will have time to harvest trees, build homes that populate different character types, trade with merchants, build all kinds of objects more than 200 different types of containers of handicrafts and 25 types of blocks to create anything you wish. And at night, as this same today, you have to be prepared to meet you all kinds of zombies or monsters that will try to destroy your homes, kill your neighbors and surprise you in the dark night when you’re looking for gold, diamonds or sapphires.

A great game Terraria that although not free, deserves much your purchase becoming one of the essential for Android.

And finally, the most frightening, sordid, and grand apocalyptic Plague Inc, which will put you in the shoes of a mad scientist who wants to destroy all existing life on planet earth, creating a virus that is spread by countries through all kinds of mutations can choose from 12 different types of diseases. 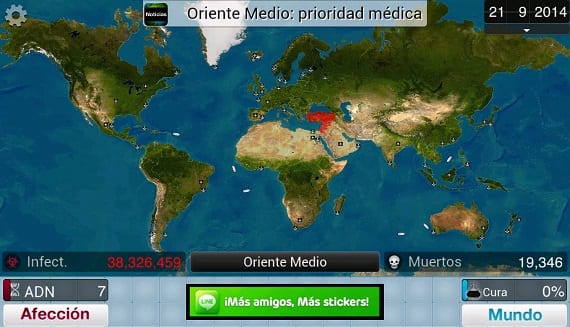 Plague Inc. is a simulation and strategy game apocalyptic

if you wanted a different game to what exists in Android, that’s Plague Inc., a mix of strategy and incredibly, terrifyingly realistic simulation , where you can see how the 50 countries trying to fight the virus that you yourselves have created and you are going to evolve so that their impact is even greater.

A free game that you can enjoy in your tablets or smartphones to play the role of bad guy Halloween tonight where the Headless Horseman may sharecroppers on an unnamed street, gloomy and dark.