Google Play Instant: so you can test games quickly without having to download them 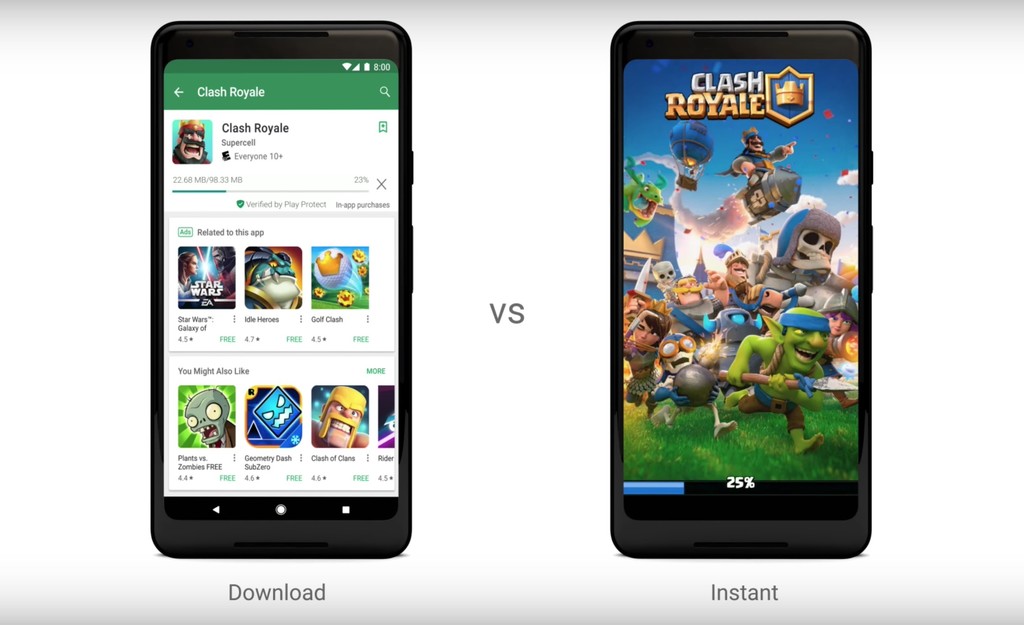 These days, it makes the Game Developers Conference in San Francisco and Google has taken the opportunity to unveil their latest developments. In addition to reviewing various additives that have been appearing these past weeks, today announces the availability of a new project to improve the use that we make of our Android.

is now available Google Play Instant, a version of the applications snapshots but in games. Is now available in a variety of games and offer the tools necessary for other developers to implement this option.

Google Play Instant: the latest from the Play Store to accelerate the ecosystem of games

With Google Play, Instant just in time to install a game you will “Try now”. is The game will open instantly and allow us to play it as if we had installed. In some cases this discharge can last for more than five minutes, but with Google Play Instant the time is shortened. In fact, everything will be as if we had already installed.

at the time we can test it with a few games: Clash Royale, Words With Friends 2, Solitaire, Final Fantasy XV, Bubble Witch 3 Saga, and Mighty Battles. But in addition to the titles of Supercell, Zynga or King will come more soon.

When you open it from the mobile that will take you directly to the game. the once you have opened also we will have the option to install the game completor to be able to access all of the options.

With this initiative Google wants to improve the ecosystem of Android games to facilitating access and allowing for example advertising campaigns where we can test the real game in a matter of seconds.

currently in closed beta but already available in the six games 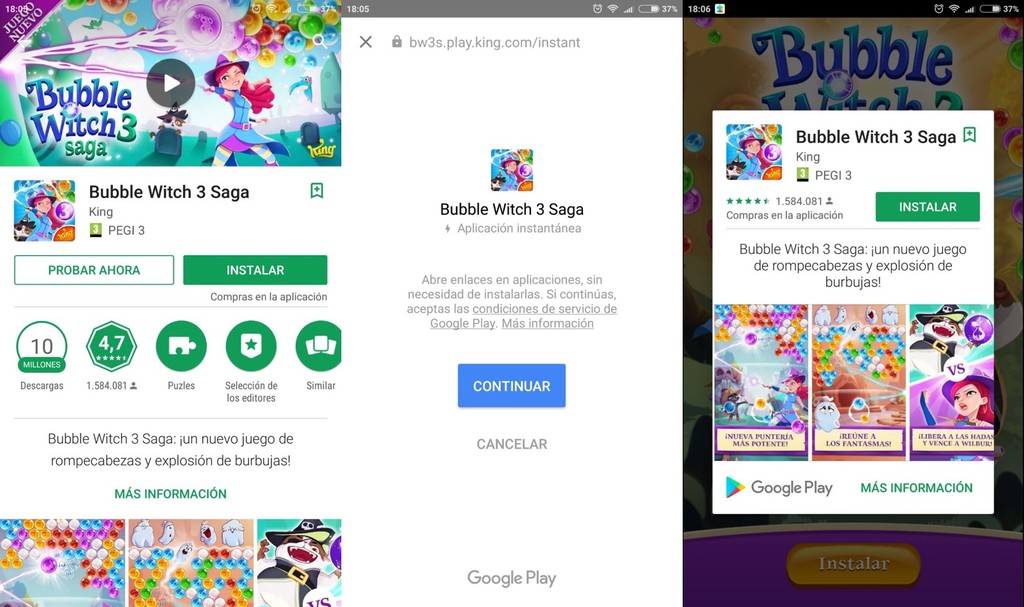 this is Not the first time that we did not test a game for the simple fact of not having to download it. Google Play Instant removes this barrier. Of time is located in closed beta but in the second half of the year will be released to more developers.

The APK so soon is limited to 10MB but the platform is modular and will be adding downloadable. The project is in its early stages but Google is working with other ecosystems such as Unity to make it easier for developers creating applications snapshots.

An initiative of the most curious that since took his first steps a few months ago with the Instant Apps, and now it expands to the games, more heavy but that is precisely where this project can be more interesting.

More information | Google Blog
Xataka Android | Google Play already allows you to try applications before you install them, we tell you how to

–
The news Google Play Instant: so you can try out games quickly without having to download them was originally published in Xataka Android by Enrique Perez .