Group video of WhatsApp in 5 keys

The service of video calls in a group, that until now it was only in the beta Android, has just made public for the whole world, including also the mobile platform iOS. WhatsApp has just been presented in final form at the official blog.

In this article we are about to explain their main features to know all the possibilities that you have using your service, and quickly you can assess how it fits into your needs common communication. These are the keys of a video call in WhatsApp.

Four people is the limit

The limit of the video calls in a group of WhatsApp is in the four people, such as as we move forward to the beginning of the year, the same limit that we found in the application of video calls Skype in its free version (up to 25 in the payment, as Hangouts) or Instagram, which premiered the same functionality relatively recently.

Optimized for WiFi or data 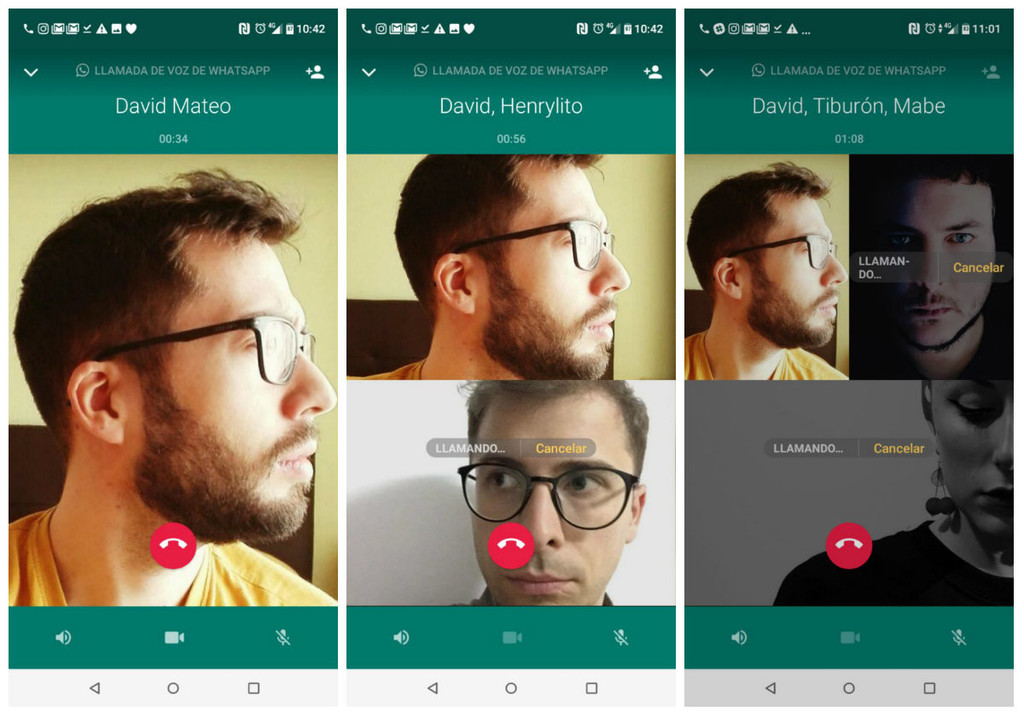 on the basis of the same explanatory article post on the official blog of WhatsApp, the calls in the group have been designed in such way that it can work without problem around the world and with different qualities of signal and “conditions of connection to the internet”.

keep in mind that the largest user base of WhatsApp in the world is located in India (200 million monthly active users), a place where the coverage of the 4G, even the 3G, it is very difficult to find normally. For this reason, you should optimize your requirements.

Supposedly, the WhatsApp application will enable you to set the calls on the group so much more light depending on what coverages, with the aim of avoiding a return to become a one of the services most data-consuming of among all the competition. 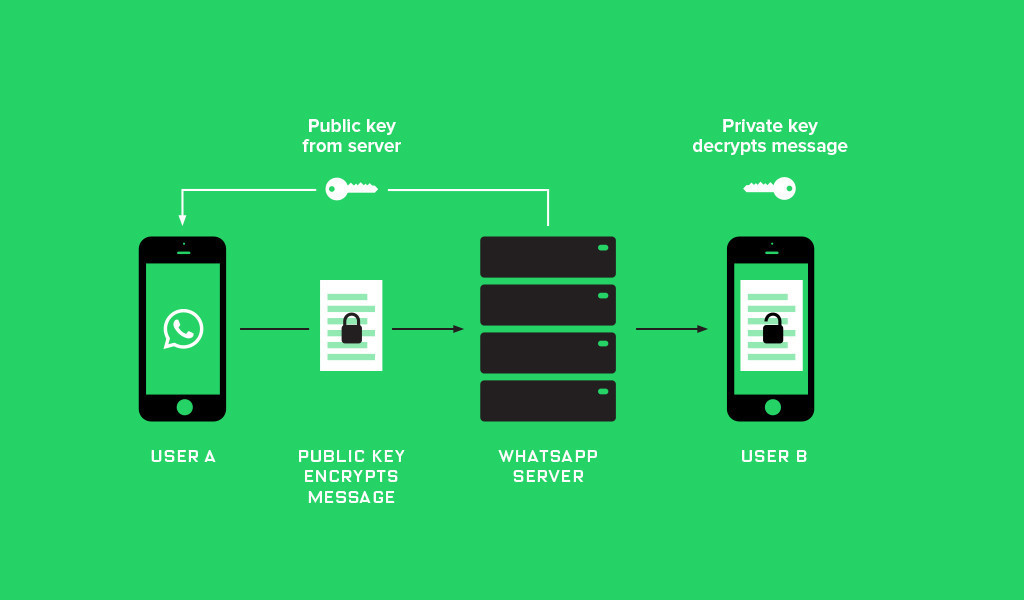 How any other form of transmission of content via this messaging service owned by Facebook since April of 2016, by default, the chats, and all the phone calls and video calls come with an encryption protocol end-to-end.

Each one of your chats has a unique security code that is used to confirm that the calls and messages you send to this chat are encrypted end-to-end.

This encryption prevents any person who is adjudged to have access to communication -voice, video or text – two, three, or four users of WhatsApp could really understand the content as this requires a unique key to decrypt it.

This key is generated every time you establish a chat between a transmitter and a receiver, or when one of them changes of phone number or device, as the encryption is associated to those data and it acts as a unique identifier that only share the links. 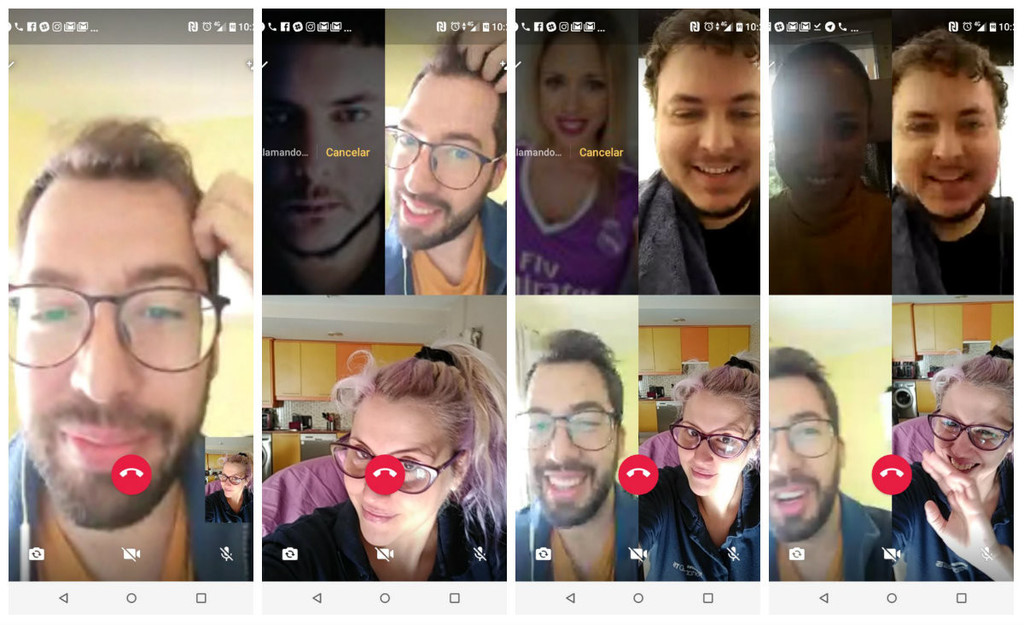 calls and video calls on group work for iOS and Android, the two major mobile platforms, but there is no option for Windows Phone users. Although these last yes you can make calls, the support for video calls never came and is that the use of this system is residual.

These video, or the same calls through WhatsApp, nor do they have an equivalent in the web version.

Although it is possible to send voice notes, the service of audiovisual communication live is not supported by the webapp as if it is, for example, Hangouts. 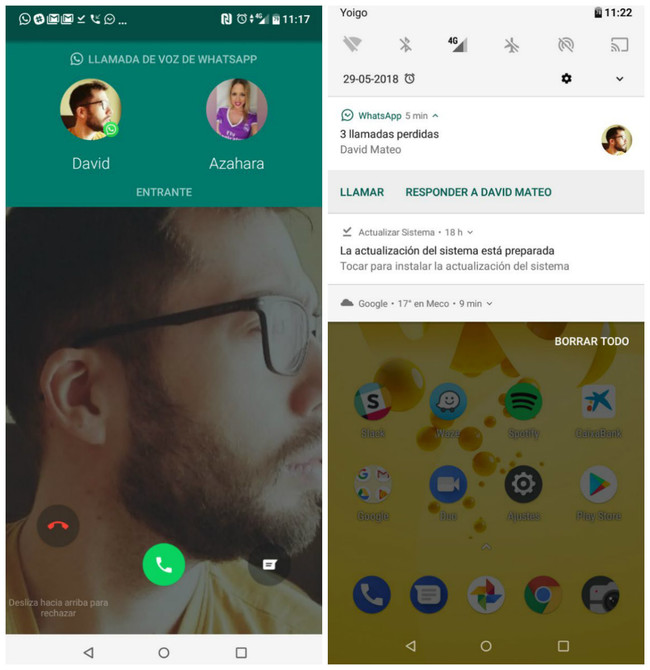 When you receive a call or video call in WhatsApp, the recipient has several reply options. The call occupies the entire interface, and displays the profile picture of the interlocutor occupying the entire surface. The options are answering the call, by touching the button centered and in green, or hang it on, sliding up the red icon which is located to the left.

To the right, there is the option of reject the call but send a text message at the same time, through the same service, with the message icon (for if, at the time of the video call you are busy). This is the same option that offers WhatsApp in the notification bar in case you have missed the call.

In iPhone, in addition to, in the notifications panel accounts with the option of “Warn” with a clock icon, to remind you in ‘1 hour’ or ‘Exit’ you have a pending call that you should perform. The rest of the considerations to take into account are the following:

WhatsApp MessengerVaries depending on the device.

–
The news group video of WhatsApp in 5 key was originally published in Xataka Android by Toni Noguera .