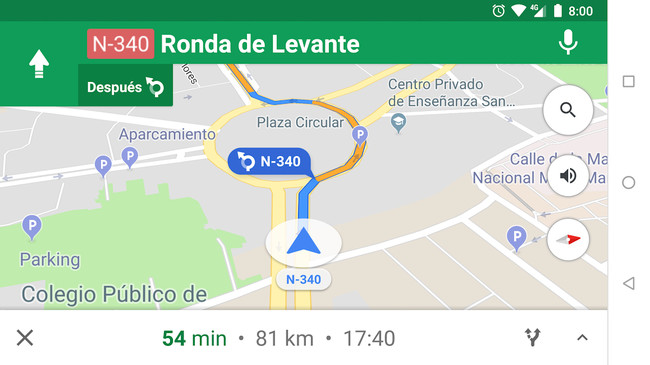 guided navigation Google Maps tells us in his spoken directions, the name of each street and road that we have to continue straight or turn to get to our destination. This information is very practical, especially in roads, because localizas on the signs for where you need to go without being as attentive to the screen of the mobile but not everyone likes this form of giving indications.

There are many GPS navigators that are limited to saying “Turn left and then turn right”, and it is for this reason that many people don’t finish like that Google Maps says “Turn left to Calle Madrid and then turn right into Calle Toledo”. Well, if you either like to listen to the name of the streets then we have good news: Google Maps allows you to use indications shorter.

With this change of voice the spoken directions from Google Maps will be much shorter, and sometimes less confusing not to say both street names in a single indication, especially when we travel to locations in which we do not know the name of their streets. Instead, tell us the name of the streets comes in handy when we are driving on roads and highways, as these if which are well marked with their signs.

–
The news How to change the voice of Google Maps to listen to the directions without the names of streets and roads was originally published in Xataka Android by Cosmos .