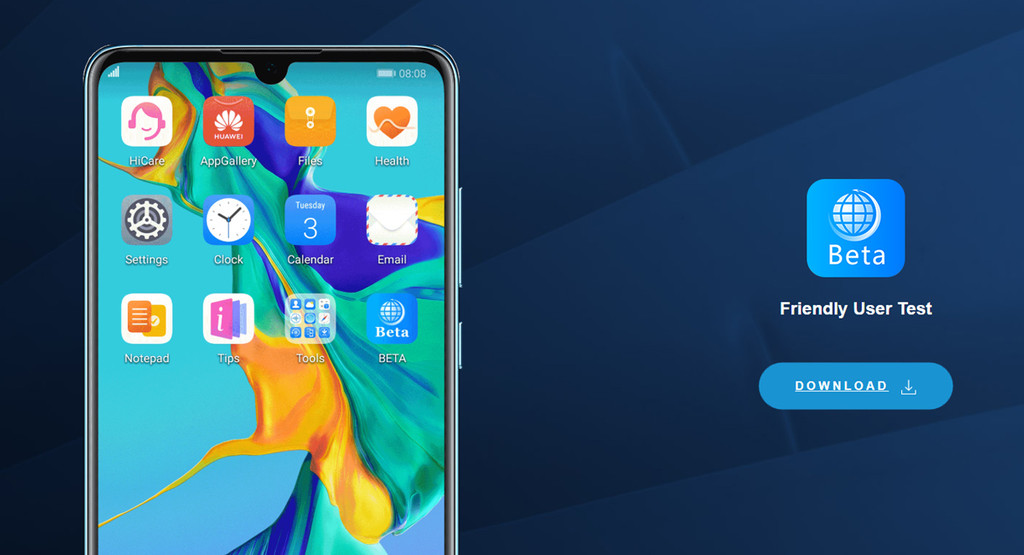 What is normal when you expect that your mobile is upgraded to the latest version Android is to wait to receive a notice in the mobile, although some manufacturers such as Huawei sometimes allow you to provide a volunteer to test the new version and give your opinion.

Huawei has officially opened the beta program of EMUI 10 on Android 10 in various models, although if you want to join it you can’t do it without more from the mobile, but that requires a process and a specific app. We’ll let you how to sign up to the beta EMUI in a mobile Huawei. 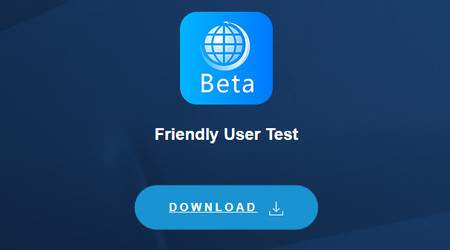 The betas of EMUI is managed from an application-specific call conveniently BETA. The odd thing is that the application is not available in Google Play or in Huawei App Gallery. You should download from the official website of Huawei, in this url.

Tap on Download, waiting for it to download the APK and then install the application on your phone. The application takes up about 70 MB of space on your mobile about and don’t have many prerequisites.

After you download the application it is time to open it. Before anything else, you will need to login with your account Huawei, something that is obligatory. Remember that the primary goal of the beta program is to gather information on possible problems and suggestions, and the information will be linked to your account from Huawei.

The application has many buttons, but in principle none of them serves you for nothing until you have installed the beta in question. First thing’s first: sign up to the beta. To do this, enter in Personal and tap on Join the project. 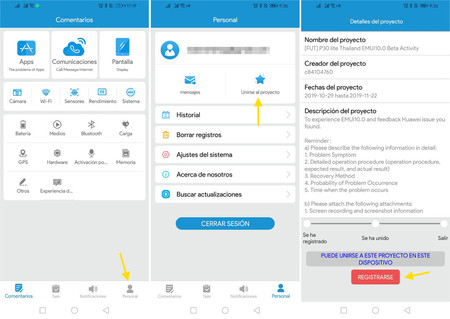 If your mobile phone has active at that moment, a beta program in your region, you will appear in the section available Projects this beta program. Tap on it to receive some more information and to sign up to the beta program, playing in Register. Keep in mind that some of the beta programs has a maximum number of participants, so the sooner you register, the better.

3. Waiting to be accepted by 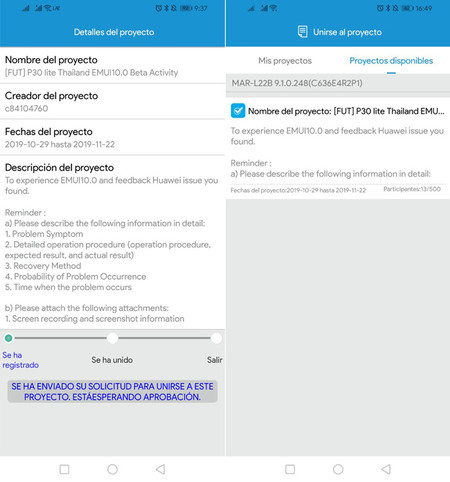 then comes the hard part, despite the fact that technically you don’t have to do anything: wait.

participation in the beta program is not immediate, but you have to be accepted.

it is Not clear if you are talking about a selection or a queue, but it can take several days or a week since you join the beta program until you are accepted in him. What is normal when you are accepted you will receive a notification of an update, although you can enter the same app to check in on the progress.

When you are accepted into the program out of beta you will receive a mysterious update on mobile. Officially the system tells you that it is “a patch is important to the system,” without any more information. This is not the beta of the new version of Android, but a update to be able to install. Installs fast, not even a restart is required. 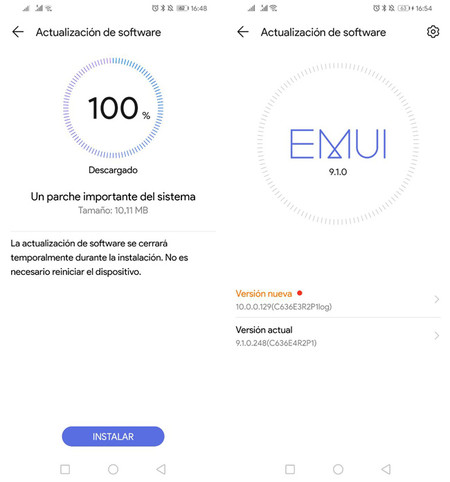 After you install this update, now, yes, you will get the update for the new version of Android. It is tempting to give to the button, and that is what God wants, but remember that these are unstable versions -and that is your job, to try them on – so that it is important that you do a backup of your mobile before installing it. By connecting it to a mobile, it is relatively easy with HiSuite.

otherwise, the installation of the new version of Android is the same as any other Android update. First you need to download it and then wait for the installation to complete, which can take a while. Make sure you have enough battery power to complete the operation.

–
The news How to sign up to the beta version of EMUI 10 to test Android 10 before the final version was originally published in Xataka Android by Ivan Ramirez .

How to sign up to the beta version of EMUI 10 to test Android 10 before the final version
Source: english
November 8, 2019