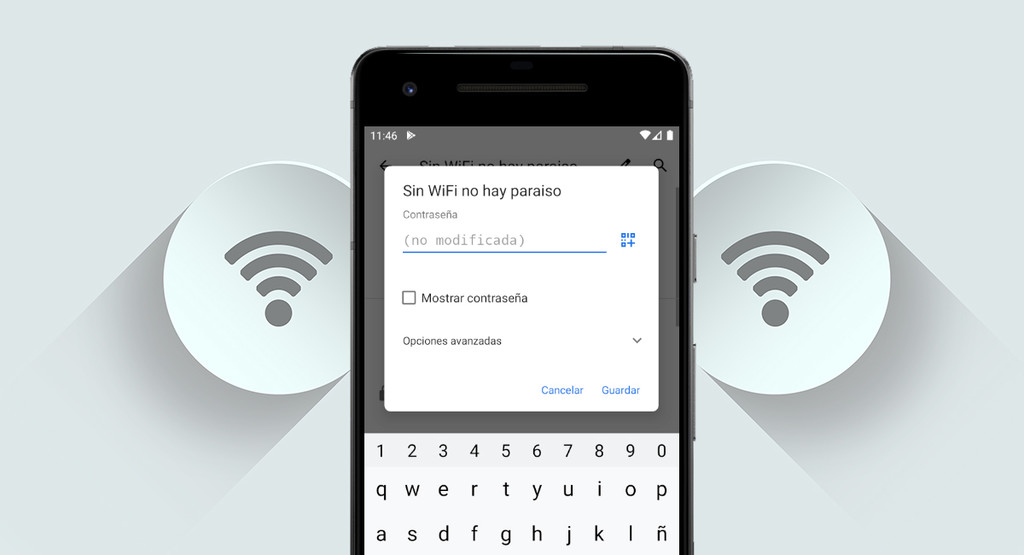 While in Windows and other operating systems it is possible to view the stored passwords of the Wifi networks in Android have for years hidden unless you have root access. However, there are two possible ways of see the Wifi password saved in the mobile without root, at least in some circumstances.

If you want to recover the password of a Wifi network saved in the phone and you have root access, there is still hope, even though your mobile phone you will need to comply with certain conditions, such as having the fast version Android or a layer of personalization that allow to share the connection via QR code.

Android Q is just around the corner and that means progressively more and more models will be updated to the latest version. Some lucky people even can try out already in the form of beta versions that Google has been launching during the summer.

Precisely, it was in the third beta of Android Q when Google included the possibility of finally being able to see the saved passwords without the need for rooting the system. It is possible to both for the current connection as for any other registered in the mobile.

To the saved networks, you must open the section Wifi from Android settings and touch on saved Networks. You need to then touch the network to which you want to find out your password and finally press to Share. 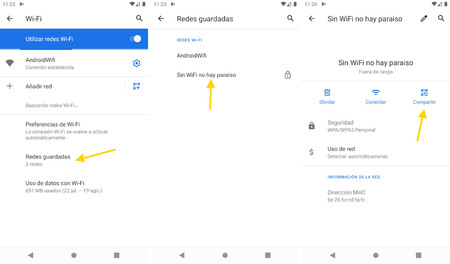 This generates a QR code that another person can scan with a compatible application to add the profile directly to the phone, but in addition the password is displayed in plain text, just below. 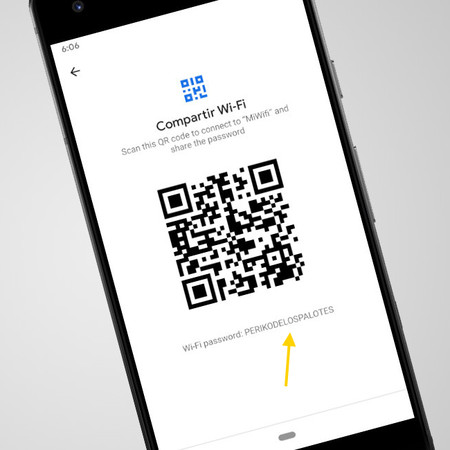 2. With the QR code of EMUI, MIUI and others

If you don’t have a mobile phone with the latest Android, there is still hope. You will need then a layer of customization to share the Wifi network using a QR code, something relatively common between the layers chinese as MIUI of Xiaomi or EMUI from Huawei.

The only disadvantage of this system is that usually these layers only allow you to share the connection you are connected to in that moment, thus limiting the scope, but taking into account that we have spent almost a decade without being able to do it another way that is not root, less gives a stone.

first of all, you need to generate the QR code in question. The process may vary from one layer to another, although this is usually as easy as opening the box of Wifi and touch the network to which you are connected. 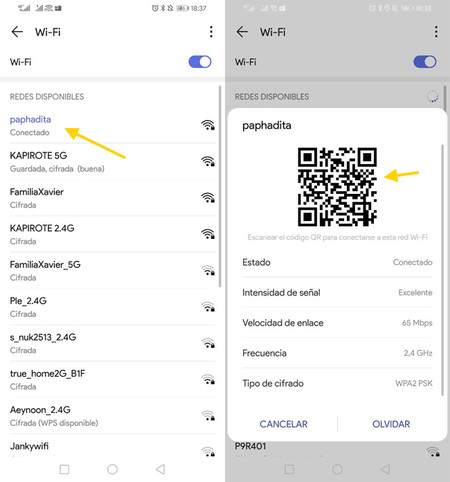 In EMUI, the QR code is generated with just a touch on the connection

Now comes the interesting part: scan the code. You don’t need no additional application, but with Google Lens you is enough. For convenience you can use other mobile phone to scan the code of that, although it is also possible to open the screenshot in Google Photos and touch the icon of Google Lens to achieve the same effect. 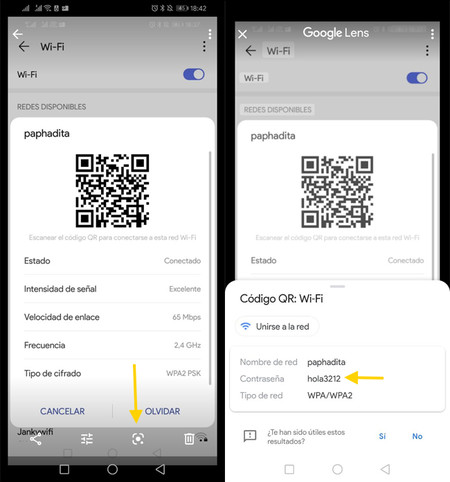 you Can scan a screenshot from your own phone, using Google Lens Google Photos

Seem to many steps just to view the password for the Wifi is saved, but remember that at least it’s easier than rooting the phone. With luck, future versions of Android and its layers of customization will end up implementing QR codes Android Q to show the password in code plane below, ahorrandote the second step of the process.

Android Q: so you can share a Wifi connection via a QR code

How to manually configure the WiFi connection on an Android phone

–
The news How to view your Wi-fi passwords stored on Android without root was originally published in Xataka Android by Ivan Ramirez .

Download Best WordPress Themes Free Download
Free Download WordPress Themes
Premium WordPress Themes Download
Download WordPress Themes
download udemy paid course for free
download mobile firmware
Download Premium WordPress Themes Free
udemy course download free
How to view your Wi-fi passwords stored on Android without root
How to sell more on the internet?
If you are reading this, I assume that the odds are against you. You ...
The seas procedural Sail Forth are displayed in a new trailer
The game developed by The Quantum Astrophysicists Guild invites us to live...
Dragon Ball Heroes: Ultimate Mission 2 can be seen in new images
We teach a minigame in which we use the console as a Scouter. Bandai Nam...
Now yes, the module minijack to the Essential is official and it costs “just” 130 €
The Essential Phone does not have minijack but what it does have is a...

phoneia.com (August 19, 2019). How to view your Wi-fi passwords stored on Android without root. Bogotá: E-Cultura Group. Recovered from https://phoneia.com/en/how-to-view-your-wi-fi-passwords-stored-on-android-without-root/