Huawei also wants to take out a mobile phone, foldable, and would as soon as next year 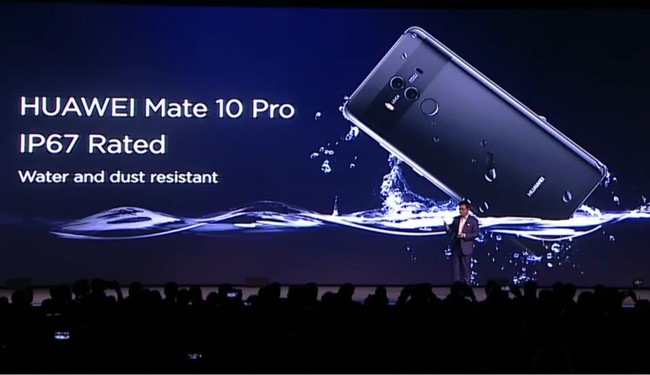 Huawei presented a few days ago, to your Matt 10, of which only come to Spain the cheapest one (the normal) and the more expensive (Porsche Design). So the first of them as their mate the Mate 10 Pro have a price somewhat lower than its closest competitors, what would be in advantage taking into account the innovations that brings to the terminal.

But the submission has already passed, and tap think in the future, and for Huawei is neither more nor less than a mobile folding. ZTE has already launched its Axon M as the first proposal, and it is expected that Samsung will not take too long to show us yours, but it seems that, after all, will not be the only ones that we will try to surprise with its products.

Richard Yu has stated that he wants to take out a mobile folding the next year, but first they have to solve the problem of edge-to-half-screen and improve the flexibility of the screen.

According to statements made by Richard Yu, CEO of Huawei, to Cnet, the company has a working model for a future smartphone foldable. In this aspect, Richard Yu has said that there is no rush, you need to first have a technology for a display more flexible and a better mechanical design.

however, it could be next year when this mobile see the light. First want to solve, in addition, a problem found in the Axon M, the edge in the middle of the screen when both bind and, according to the CEO that is not good. Before removing the device you want to see the way to eliminate this problem.

If it is to meet deadlines, in addition to its privileged position (they are the third largest manufacturer worldwide), may surpass Apple or Samsung stealing their post. For the moment we will have to wait until next year and see how it evolves, but if Huawei does a good job in this mobile, its success could increase quite a bit.

Via | Phone ArenaMore information | CnetIn Xataka Android | Huawei Mate 10 and Matt 10 Pro, comparison: this is compared to other phablets to high end Android

–
The news Huawei also wants to take out a mobile phone, foldable, and would as soon as next year was originally published in Xataka Android by Santiago Luque .