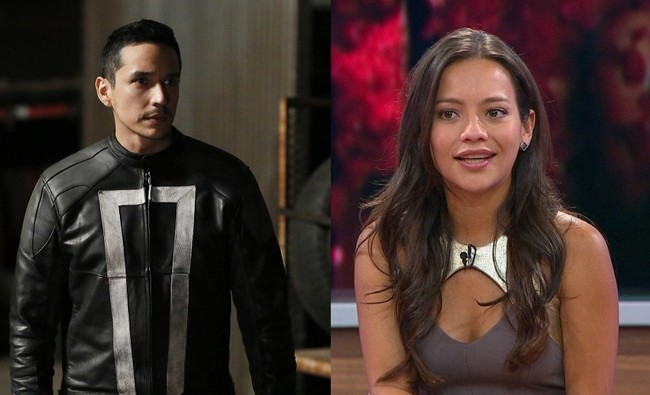 a long time Ago that we knew that James Cameron will return the franchise ‘Terminator’ in 2019, coinciding with the recovery of the rights of the saga that he created. In this occasion will serve as a producer, ceding the reins of the staging to Tim Miller, but it is clear that there will be played a essential role to choose to Gabriel Luna as the new Terminator and Natalia Reyes as the successor of Sarah Connor.

Moon is mainly known for his participation in the television ‘Agents os SHIELD’, in which gives life to the Ghost Rider -yes, the same superhero Nicolas Cage incarnated on the big screen with results of improvement-while the Kings are receiving here the first great opportunity of his career outside of Colombia. the Cameron and Miller had long been looking for a latina actress, but her character and have finally given up with her.

In particular, Kings get into the skin of Dani, a young woman from a working-class resident in Mexico City, who becomes embroiled in an epic battle between machines and humans. A character described as the Sarah Connor of this new trilogy. At his side will have to Diego Boneta, seen in ‘Rock of Ages’ and ‘Summer Camp’, playing his brother. It was also confirmed since the presence of Mackenzie Davis as a murderous coming of the future, while Arnold Schwarzenegger and Linda Hamilton will return to give life to their mythical characters, but without having too much weight in the plot.

let us Remember that this new installment of the saga will function as the direct sequel to ‘Terminator 2: The judgement day’, ignoring all further deliveries in that Cameron did not participate. It is worth noting that the latest version of the script is signed by Billy Ray –‘The hunger games’– and that its premiere is scheduled for November 22, 2019. Should start rolling soon if they want to avoid possible delays, making sure that we soon have more news.

Seven keys to getting a coffee is excellent at home

there is Already date for the new film 'Terminator' with James Cameron, Arnold Schwarzenegger and Linda Hamilton

it Linda Hamilton returns to 'Terminator'! The new trilogy will depart from the films of James Cameron

–
The news James Cameron has already chosen its new Terminator and the successor of Sarah Connor was originally published in Espinof by Mikel Zorrilla .