The speed game will have all the extras and multiplayer, crossed.

Mantis Burn Racing already has a release date on the Nintendo Switch: the game will be launched next November 23 through digital distribution on the eShop. 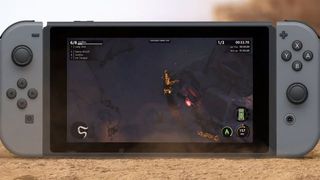 Mantus Burn Racing it is a racing game with aerial view, and touches of arcade that features both local play as multiple modes for up to 8 players connected to the network. After launching on PC, Xbox One and PS4, the game will come now to Nintendo Switch, including all its extras.

Offers a career mode for a player with 11 seasons and more than 150 events, plus multiple multiplayer modes. The game has option of online multiplayer crossed with users of the other platforms.

in Addition, in local mode, the title allows games with split screen for up to four users, and option each player uses a single Joy-to facilitate the two-player games, also game screen. Another option is to connect up to eight consoles in a local network to compete.