An adventure in which the character of a video game becomes self-aware, but you can only use a button.

Moonlit presents Playerless: One Button Adventure, title in march for the PC and Nintendo Switch is based on presenting a game within a game. 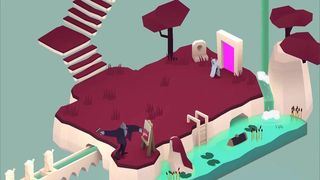 And is that the character of a video game cobra consciousness in this adventure, but you can only use a button to move forward. In this title, the artificial intelligence has formed a cult and the game engine is a physical mechanism that makes everything work.

from this original proposal raises an adventure to low this premise allows the user to manage the actions with a single button.

Its launch is expected this year, but there is no specific date of debut.