“ GoldenEye has always had problems with her license , and it was not a simple ‘catch the code and run away,’ “said Spencer. According Unseen href=”https://www.unseen64.net/2010/02/07/goldeneye-007-remake-xbox-360-xbla-cancelled/” 64 , Nintendo, Activision and Microsoft reached a complicated three-way agreement , which the Japanese subsidiary of Nintendo at the last moment alighted , leaving the title in the lurch and without getting on Xbox 360.


Thanks to this video we can have a full half hour out of your gameplay , which will allow us to get a very good idea of ​​how it would have looked. In addition, sometimes also made brief comparisons between the appearance of the original version of Nintendo 64 and this in high definition.
As you can see in the video, would be a version that keep intact the gameplay of the original title . Far from content with being a simple remastering, he would have many graphic elements remade from scratch to improve its visual appearance 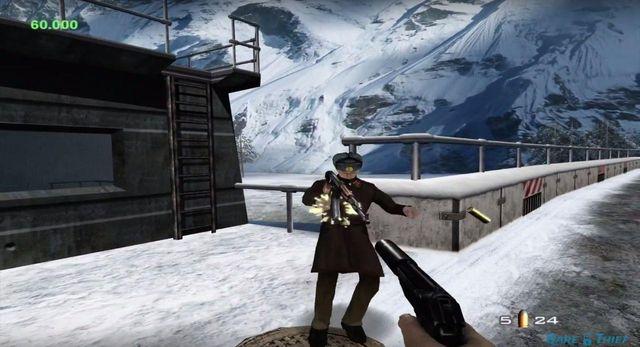 among its features, would work at 60 frames per second and would allow us to switch between aspect original and the new with the push of a button. Also, keep its acclaimed mode Multiplayer with three new levels (Dam, Frigate and Depot) and options to balance and Oddjob and Jaws had no advantage over the rest.