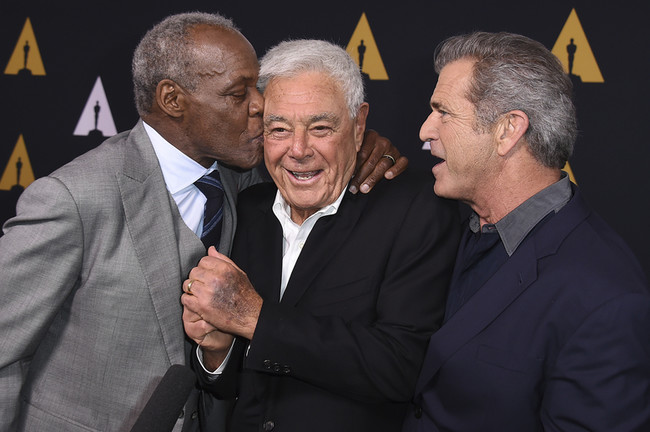 ‘Lethal Weapon’ (‘Lethal Weapon’) it is a franchise of action most popular of all time and it seems that finally catches up expected fifth movie. Deadline reports that Mel Gibson, Danny Glover and Richard Donner are coming together to talk about the making of ‘Lethal Weapon 5’.

The middle says that Channing Gibson would write the script, as you did in the fourth delivery, and Donner return to direct, something that is not done from ’16 streets’ (’16 Blocks’, 2006). Being responsible for titles such as ‘The prophecy’, ‘Superman’, ‘The Goonies’ or the saga that occupies us, it is great news. Yes, he’s 87 years; the same as Clint Eastwood.

Deadline makes it clear that there are many parties involved in the production of a new installment of ‘lethal Weapon’ but confirm that all are in favor of exploring the possibility of the project. Of course, in Warner are eager to make it as the four movies together raised close to one billion of dollars at the box office. And we talk about premieres, 1982, 1989, 1992 and 1998, which makes the figure more impressive.

The story of ‘lethal Weapon’ focuses on Martin Riggs (Gibson), an impulsive police homicios of The Angels who must team up with Roger Murtaugh (Glover), a veteran agent who has been transferred from the unit of narcotics. They form a strange couple, they are very different and their ideas about police work collide, so do not lead well… until they realize that they can and should trust one another to resolve their cases and go on with life.

do you Want to take a LG G6? Click to find out how to participate

I'Superman' will have the extended version! Prepares a reissue of the classic with over three hours of footage

–
The news Richard Donner, Mel Gibson and Danny Glover want to do ‘Lethal Weapon 5’ was originally published in Espinof by Juan Luis Caviaro .