Samsung detailing when to update Oreo to the Galaxy A3, J3, J5, J7, S7, and more, and some will go to December 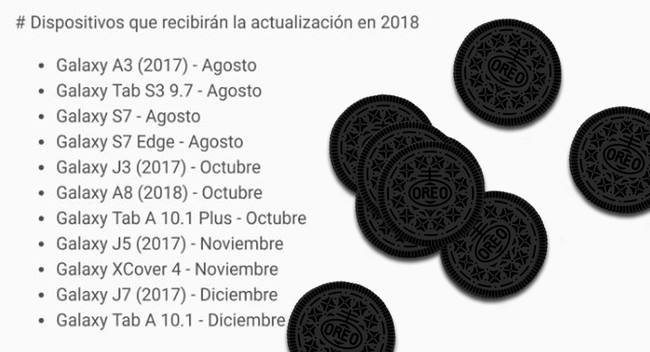 In an unusual motion clarity, Samsung has revealed exactly how much you have planned to release the update to Android Oreo in the terminal, it still has not updated. And, if it is your case, maybe you don’t like what you read, because some of the updates are going to December this year.

The information comes directly from the Samsung España and is visible to any user with a phone of the brand, from the app Samsung Members (in this case, you leave the planning to your country, if it is different). In this case it is eleven models of which we know when will Oreo, at least in theory. 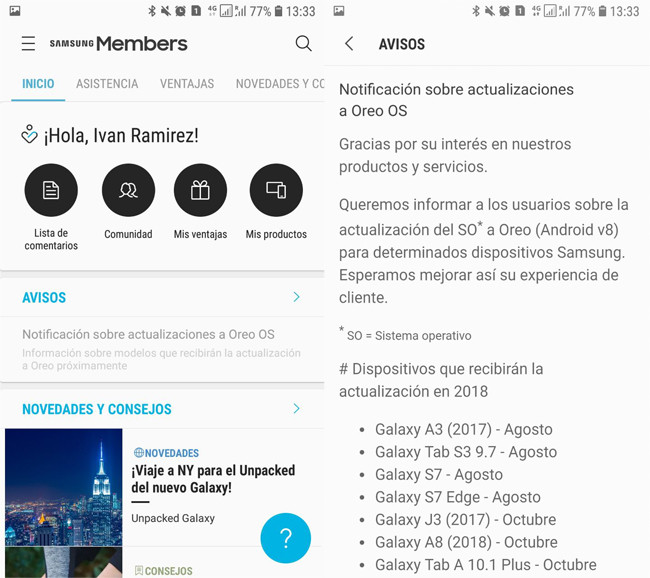 The holders of these four models of phones and tablets, Samsung will not have to wait too long, for the update Oreo is basically list and planned for August of 2018. That is to say, in a couple of weeks:

For some reason, there is no mobile being upgraded to Oreo during the month of September, so we went right to October. In this case three models that will receive their portion of the cookie.

More patience to have those who have these other two models for Samsung phones, then your update will already to November. That is to say, about three months after Android P to be official.

And the dubious honor of being the last to receive the update to Oreo between all Samsung devices will be for the unfortunate holders of these other two models. In theory, they will have Oreo before the end of the year.

As always, the list is accompanied by a text where you are reminded that the list cannot change, as well as the dates. It would be possible to arrive later still, in the event that you find any problem during the process, as has already happened several times in the past.

Via | Sammobile
Xataka Android | ¿Will update my mobile to Android 8.0 Oreo? The complete list up-to-date

–
The news Samsung detailing when to update Oreo to the Galaxy A3, J3, J5, J7, S7, and more, and some will go to December was originally published in Xataka Android by Ivan Ramirez .