Song of Horror, the game of Spanish terror, reaches Kickstarter

We have a new trailer for this project
Protocol Games The Spanish study shows the first full trailer for Song of Horror , game referred to as the” candidate to become the heir Alone in the Dark “. The game opens campaign financing href=”https://www.kickstarter.com/projects/1139999460/song-of-horror” Kickstarter . The aim is to launch in November 2016.
The title is still in an early stage of development and has so far been self-financed its creation. At present, the study seeks to get the necessary funds to complete the game by the launch of the campaign in Kickstarter.
The game will offer 16 playable characters to share the dark path that has become his life through an adventure of terror commitment experience of film cameras to adopt all kinds of perspectives, as in the classics, to look for angles that would increase tension.
addition, the title has permanent death for 15 of the 16 characters, so there is only one OPPORTUNITY to survive. All of them will face “the Presence”, a primal horror pursued them relentlessly
Video. 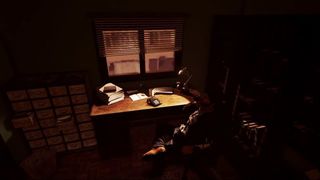 Download Best WordPress Themes Free Download
Download Nulled WordPress Themes
Download WordPress Themes Free
Premium WordPress Themes Download
udemy free download
download micromax firmware
Download Best WordPress Themes Free Download
download udemy paid course for free
Song of Horror, the game of Spanish terror, reaches Kickstarter
Sega confirms the return of several actors in Yakuza Kiwami 2
Will resume their roles from the original game.Sega has announced that fou...
Trailer of ‘Thy Kingdom come’: the unexpected spin-off of ‘To The Wonder’ starring Javier Bardem
some time Ago Terrence Malick has the habit of shooting so much footage f...
The Xiaomi Mi Band 4 is again filtered and points to a colour screen and support for voice commands
One of the wearables more popular, particularly when we talk about brac...
‘We are streaming, motherfuckers!’: Netflix is the first series of the Coen brothers
As as I discussed earlier this year, the bright and sizzling brothers Joe...