Television at the movies: ‘Widows’ is the perfect example of how you should adapt a series into a film 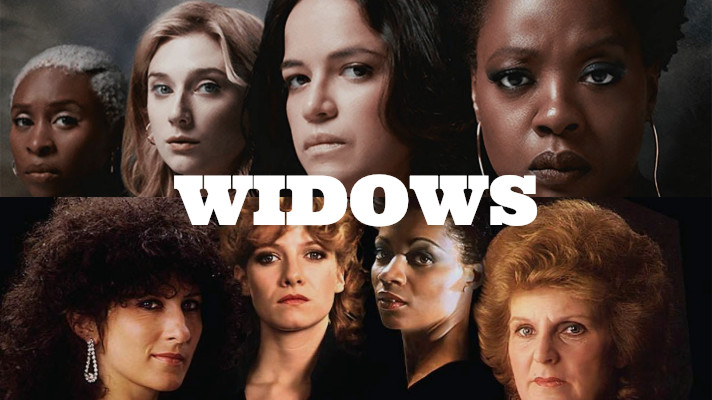 Steve McQueen and Gillian Flynn have been achieved with ‘Widows’ one of the successes of the year. Scathing, violent, and realistic (well, more or less), the film director of the much more unpleasant ‘Hunger‘, ’12 years of slavery’ and ‘Shame’, is a breath of fresh air in the billboard mainstream of the season pre-christmas. Attention, because there might be more SPOILERS of the desired one on the part of readers that still have not been able to see the film.

The adaptation of the mini-series british is, in addition, an example of how to convert in pure cinema, something that is not. Novel, series, or miniseries, transform a frame of six hours in a movie of two, with so many characters with weight and so many layers, frames and subframes, just make that ‘Widows’ is a better film than it already is with a simple viewing.

And is that despite the change of country, context and “villains”, if you look hard enough, there is no difference. the Two ways of telling the same story. A game blows perfect and imperfect cut from the same pattern. And the two have a very personal way of dealing with the violence. 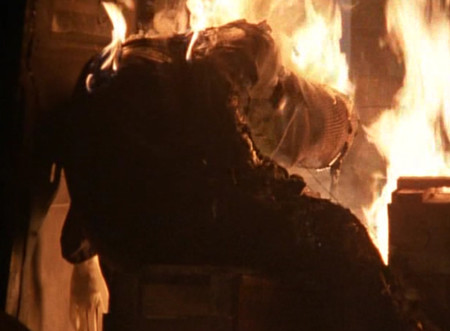 A group of armed robbers led by Harry Rawlings falls in a robbery attempt on an armoured truck. From that moment, their widows, the pressure of the police and the brothers Fisher, kings of the underbelly of london, become the main protagonists of the plot. In collaboration with Lynda La Plante in 1983, and also in the sublime work of adaptation Flynn and McQueen.

In both cases it will be the driver of the widow of the leader of the clan who is in charge of transmitting to the woman with the information necessary for the story to be put in place. In the case of the newly released film of McQueen, the charged environment of the suburbs of Chicago, and the corruption of the neighborhoods in noble. 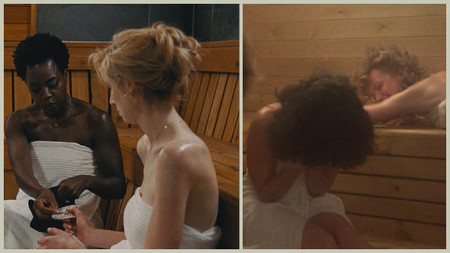 there are Hardly any differences beyond adaptation, virtually an update, the bulk of the film. And say update because, well, times have changed. Where before there had been a stripper or beauty contests, we now find babysitters butt fitness or girls from other countries more european. The atmosphere of the battle of the bands is now maintained, with the added bonus of an insane race war between the irish and africans dominate a piece of the pie american.

Among widows beat the game

Where the director of the new version has not had value was in presenting the flashbacks of the dead in black-and-white, one detail that accentuated the modernity (especially in vista now) of the original material. In return, we offer one of the most memorable scenes of the year. Yes, the one in which the character of Colin Farrell (what good is the fucking Colin Farrell) travels in a single plane without cuts the distance that there is between the two Chicagos.

What nobody could expect from the new film Steve McQueen was clemency. Although it may not appear so, especially by the character of Daniel Kaluuya, one of the most fearsome of the year, the british director saves us one of the deaths more gruesome in the original series: the dog of the protagonist. And the director, londoner (as the original series) that has sucked the series in its infancy, you know play with that feeling of constant danger and tension in the environment. The rest is still intact: training, meetings odd in abandoned storehouses, unexpected turns, lies and betrayals. And a lot of violence. Contained and explicit. 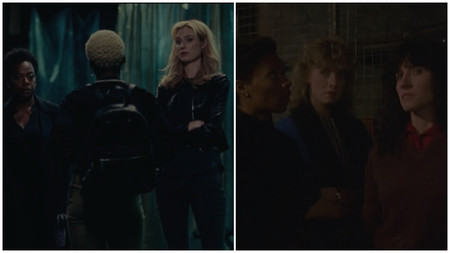 ‘Suspiria’ Vs. ‘Climax’: blood and dance in a duel movie where she wins the spectator

The series directed by veteran Ian Toynton featured a sequel unnecessary a couple of years after not closing a plot that is lost with a getaway to Rio de Janeiro, destination TOP of that era of television where the false guilty, the real culprits and any character from any story, ended up staying. It does not appear that going to be a sequel of ‘Widows‘, because McQueen and the author of ‘Loss‘ know how to close the story in the best way possible: with shock therapy.

Speaking of shocks, is not emphasized in a car accident shocking in the film. Yes, that which you already know. That amplifies the shyness of the original. An original the only thing that was bright was the outdoor day. Here is all pretty dark. Great job.

Powerful trailer of 'Widows', the first thriller of action of Steve McQueen ('12 years of slavery')

–
The news From the tv at the cinema: ‘Widows’ is the perfect example of how you should adapt a series to film was originally published in Espinof by Kiko Vega .

Television at the movies: ‘Widows’ is the perfect example of how you should adapt a series into a film
Source: english
December 11, 2018