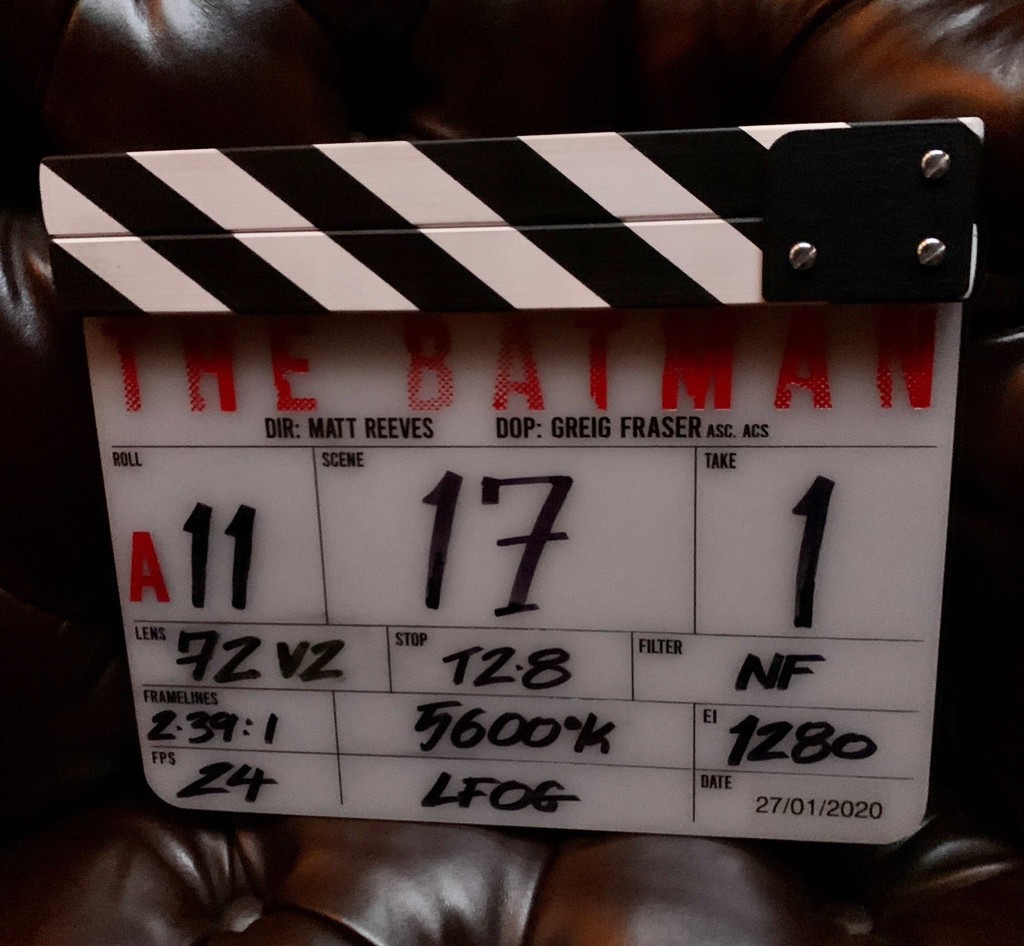 Yes, the pre-count. This is the first photo the long-awaited ‘The Batman‘, which has already begun to film in London. The image has been shared on social networks by Matt Reeves, director of the new reboot of the man-bat, now with Robert Pattinson in the skin of the protagonist.

Warner has taken advantage of the start of the shoot to confirm the deal official ‘The Batman’. is Zoe Kravitz, Paul Dano, Jeffrey Wright, John Turturro, Andy Serkis, Colin Farrell, Peter Sarsgaard and Jayme Lawson accompany you to Pattinson, forming a cast rather peculiar and interesting.

The news about the actors is that they have revealed the roles that embody Sarsgaard and Lawson: the first will give life to a district attorney of Gotham City, Gil Colson, while the second will be a candidate for the mayor’s office called Bella Real (!!). Both are new characters created for the film.

Serkis Alfred Pennyworth and Farrell Oswald Cobblepot/The Penguin. The premiere of ‘The Batman’ is slated for June 25, 2021.

Remember that Matt Reeves not only deals with the staging of ‘The Batman’, he has also written the script. He came to the project from Warner bros. after directing the last two successful installments of the saga ‘The planet of the apes‘ and what did replacing Ben Affleck, who was going to deal with writing, directing and starring in the next movie superhero of DC.

His place in front of the camera is Robert Pattinson. The star has left some surprising statements revealed that was free at the beginning of 2019: “I Remember my agent saying, ‘you’re not Really on the list of anyone. Your movies have good reviews but they are not great successes’. And a week later, unexpectedly, I get a call: ‘do you Want to be in a movie by Chris Nolan?’“. Indeed, Pattinson is also acting in ‘Tenet‘, ‘ newest from the director ‘The dark knight‘.