The death of Project Tango and the release of ARcore: towards an augmented reality more accessible 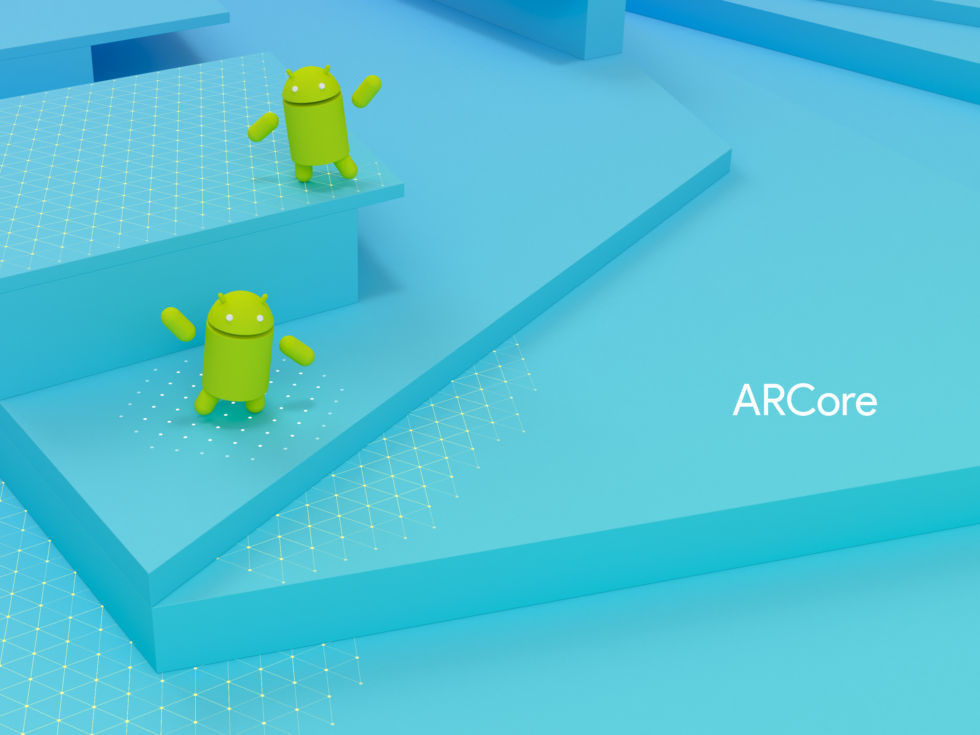 At the end of this week we saw how Google announced the end of Project Tango, an initiative that had been years in operation, and I wanted to serve as a boost to the augmented reality on Android and help to provide better tools to understand the physical space and then create replicas of virtual. news which a priori could be understood as a failure on the part of the Mountain View, but a reading that is more sedate makes us see that rather than a death this is a relay in the way of understanding augmented reality and its applications in mobile devices.

Google takes time experimenting with augmented reality in multiple ways and with the announcement of ARCore this summer hinted that the roadmap had changed direction: this technology was extremely dependent of the hardware to go for an approach more designed in the software to reach a wider audience, something similar to what you have achieved with the virtual reality and Google Cardboard for example. the Project Tango made so much, and now is the time to ARcore follow the road, on the other direction. 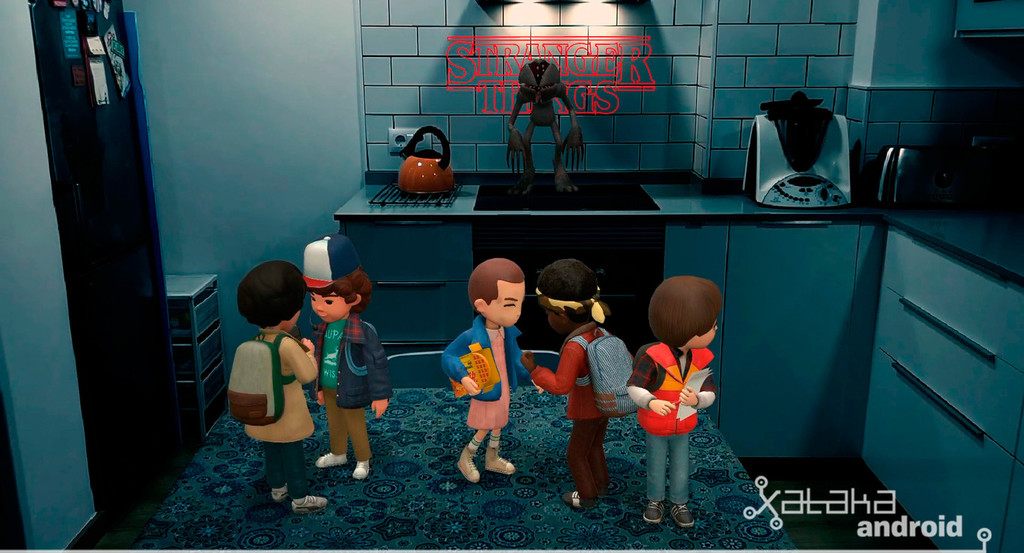 Project Tango he made his debut three years ago and the approach that we have taken to this technology has been the launch of two terminals as the Lenovo Phab2 Pro and the ASUS AR. the Two Android with little journey commercial that have gone quite unnoticed, and they pay for the duck of the changes that are taking place in Google. Will continue to operate, but today their interest beyond uses very specific for developers of augmented reality is the combining the list of terminals, curious and unique within the large ecosystem that is in Android.

Since its inception, Google has made it clear that Project Tango would be more of a professional tool oriented for content developers of augmented reality.

The hardware was very specific as well as the use of cameras, useful for this context but away from what we were asking of consumers. This summer the Mountain View announced ARcore as a project to bring you tools designed to create applications of this type and with the possibility that they might be used in all kinds of terminals.

The announcement was a statement of intent: we believe in the augmented reality for the general public and there is no longer a need for a specific device. The camera of any terminal of 2017 has enough quality and although the experience can vary between an input range of 100 and some euros and a flagship that rubbing the thousand, the minimum standard should be enough to offer a compelling experience. Next to this great message there was another more subtle: Project Tango had its days numbered.

An augmented reality more oriented and dependent on the software means to attract app developers to bring their content to all types of users, regardless of how good or bad the camera is. 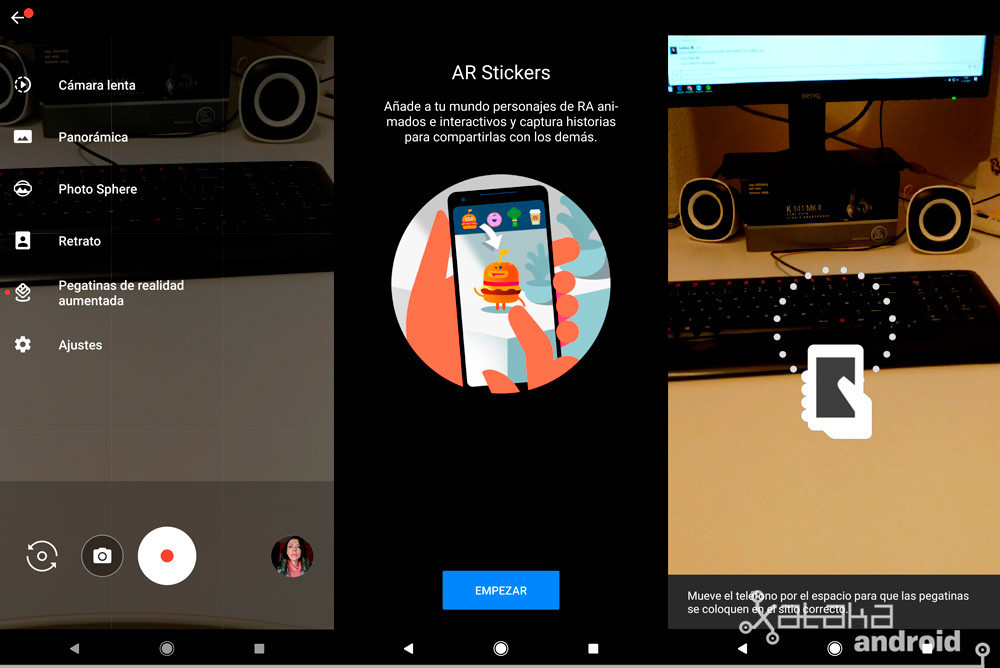 So it has happened, Google has announced this week that from march 1 the official support of the hardware-oriented augmented reality is going to disappear. Tough news for the few, the proud owners of a Phab 2 Pro from Lenovo or a ASUS AR but a natural step. The relay will be slow, and in a little over three months that have passed since this announcement we have seen that the deployment will be slow but the future is very promising.

recently, we were able to try the stickers AR Google ARcore with very good results: its use is addictive, and the only downside is important is the high consumption of battery which makes. For the moment only is available in the Pixel of Google but it is a matter of time when they reach the terminals with Android, 8.1 Oreo series or through OTA update when we see a deployment increased.

Now that the technology of augmented reality has matured sufficiently, we begin to see how the games begin to gain prominence, with the phenomenon of Pokémon Go as a clear example of what is possible and how much you can dump the people with this type of games. Arriving is a matter of time and in terms of ARcore reaches the terminals, more humble, you will see that Project Tango has done his work, and his death has not been in vain. 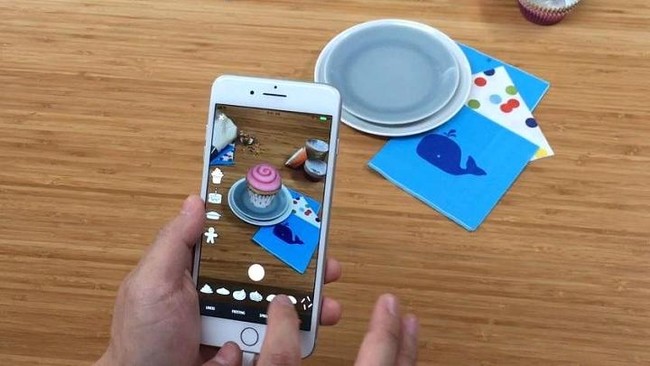 Project Tango had a discreet presence beyond the circle of enthusiasts of the technology and a few public demonstrations of their potential. However, when Apple announced ARKit we saw that the developers poured a lot with this technology and we saw, as to us have told our fellow Applesfera, a lot of applications and demos. Some of them quite interesting and that showed that this does more than just make games. The Cupertino stole the thunder of the innovation in augmented reality.

While Google continued with its proposal-oriented hardware, they saw that in order to compete with Apple they needed to change the address. the In Cupertino have control of the whole chain (hardware, operating system and software) and it gives you a number of facilities in this case. In order to do well on Android the solution had to be in the software, the same decision that they took to convert to the mobile operating system in the platform more commonly used.

in keeping with the parallels with the Android operating system, it remains to be seen if Google will be able to scale it and take it to all kinds of terminals with sufficient guarantees of quality so that developers are encouraged to create content. There are many examples already on Google Play, yes, but what promises to ARcore is to go a step beyond to finish opening the hatch, and that the creators see it more interesting for the capabilities that it offers as a long-term strategy and not to chase shadows as the Pokémon Go to succeed, or try, in the short term.

–
The news The death of Project Tango and the release of ARcore: towards an augmented reality more accessible was originally published in Xataka Android by Juan Carlos González .

The death of Project Tango and the release of ARcore: towards an augmented reality more accessible
Source: english
December 17, 2017