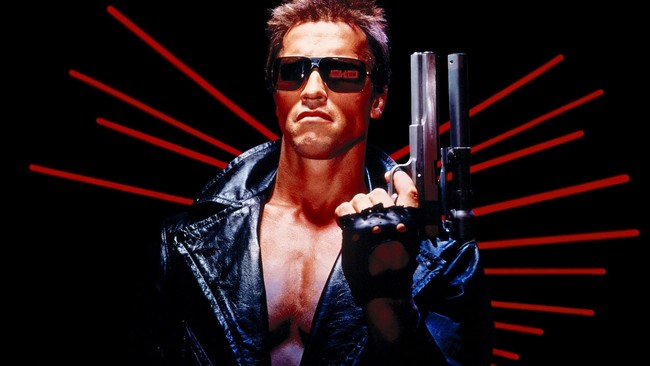 to Read or listen to the title ‘Terminator’ can lead us to multiple places instantly, being some much more pleasant than others. From let us remember the impressive achievement reached with the tape in 1984 to force us to ask why they had to torture us with ‘Terminator: Genesis’, passing by sowing doubt if you ever will shoot an action movie so round as the second part franchise.

Be that as it may, each and every one of the thoughts associated with the term is translated in a visual way accompanied by the characteristic face, and the huge physical of Arnold Schwarzenegger. But, why is the T-800 has the face of the actor’s austrian and sounds like him? James Cameron, which has claimed to be in talks for develop new sequels of the saga, has dropped in a Q&the next tape of ‘Terminator’ could revolve around the aforementioned question. Attentive to their statements.

“you Have to wonder, Why do these characters look and sound like Arnold? There has to be an answer. So, yes, it has happened to me by the mind that had to be a prototype. There had to be a guy whose DNA was collected, and used to grow the outer layer organic, the who created the Terminator… and, that guy, he was probably a real person at some point. Now, the question is, did that person some kind of importance to Skynet at the time of escogerle [Arnold], or it was as if he had a shelf full of Terminators and gave the chance of which was more near the door to the center of temporary displacement was the model of Arnold, and the others were different? I’ve wondered these questions but never have been solved, so… let’s continue to listen! We’re talking very seriously about making a few films new Terminator or, possibly, a trilogy, and you have to see what will emerge from them.

to Be honest, I have to say that the idea of having new deliveries of ‘Terminator’ gives me a slight feeling of laziness very much that Cameron is acting as “godfather” of the same —the damage produced by the fifth part seems to have been irreparable—. In addition, the premise posed by the director in his reply, there seems to me strong enough to want to throw bills at the screen instantly.

We must also remember that the answer to this enigma was explained in the ‘Terminator 3: rise of the machines’ for the shameful scene that you can see on these lines, removed the mounting end of the film —let us give thanks for that. Be that as it may, the new ‘Terminator’ will begin to shoot the film in march 2018 —commented Schwarzenegger— with Tim Miller —head of ‘Deadpool’— making the functions of a director. Let’s hope that this time is well worth the return of Arnie in his role as star, and that we find out if Skynet had some kind of a fixation with bodybuilders austrians.

–
The news The new ‘Terminator’ will be shot in march and explain to you why the T-800 looks like Schwarzenegger was originally published in Espinof by Victor Lopez G. .