The resistance of the LG G6 to the test: these are tests that you have passed to get the certification of military 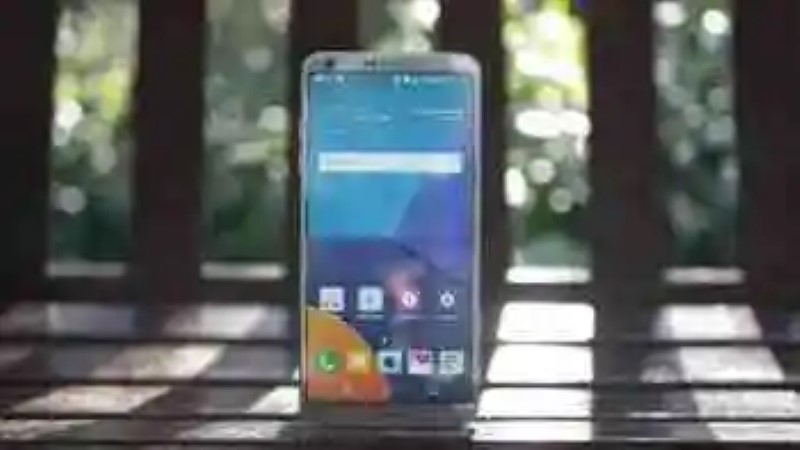 The resistance of the LG G6 to the test: these are tests that you have passed to get the certification of military
The Korean manufacturer LG has always boasted of the great resistance of its new flagship. The new LG G6 it has a m...

The Korean manufacturer LG has always boasted of the great resistance of its new flagship. The new LG G6 it has a metal frame and rounded edges to make it more resistant to any situation or blow, but until today only had the certification IP68, which only guarantees the resistance to water and dust. Now has a new certification that confirms the durability of the device.

The LG G6 has won the military standard of united States MIL-STD 810G that ensures that we are before a device highly resistant should withstand strong falls, high temperatures and very adverse situations.

LG G6 gets to certify its durability

LG reports that its flagship has passed without problems 14 types of tests in terms of durability such as falls, immersion, low pressure, solar radiation, shock, temperature, high and low temperatures both coated as without the cover, vibration, humidity, fog, salt, sand and dust, and rain. The certification MIL-STD 810G makes it suitable for the LG G6 for uses government and military in the united States.

In some tests the LG G6 was four times under a mist of salt with a density of 5% during 4 hours, was able to run for more than two hours in temperatures between -33 ° C and -21 ° C, and survived to the exposure to dust and sand for an hour at a normal temperature, and another additional hour at high temperatures.

LG G6 resists high temperatures very well thanks to that implements thermal tube designed to disperse the heat and a space inside the computer that allows the movement of air thereby reducing the temperature of the processor between a 6 and 10%.

The battery of the LG G6 was also put to the test with more than 20 demanding tests of behavior in situations of high temperature, penetration or resistance to shock. is Your battery was exhibited with success at temperatures of 150ºC, a 15% more than the international standard (130ºC) and survived a crash test by the object of 9.1 Kg fell from a height of 61 cm onto the device. LG has added a separation wider and more stable between the electrodes in order to avoid the risk of short-circuit and combustion both are afraid now.

Its great resistance to shocks thanks to its metal frame strong and lightweight AL6013 that is the same as that used by the aircraft due to its high resistance to damage and shock. In addition, thanks to its rounded edges disperse much better the impact of the fall.

finally, your certification IP68 rating ensures that the device is completely sealed to be able to dive to 1.5 meters of water for 30 minutes and to withstand any type of dust.

Xataka | LG G6, analysis: all the emphasis to the screen and the dual camera in the back to the essence

–
The news the resistance of The LG G6 to the test: these are the tests that you have passed to get the certification for military was originally published in Xataka Android by Cosmos.

The Last of Us 2: The allies will be more useful in combat than in the original
there Will be areas in which we play solo, but in others, we will accompan...
Today, the native Android calendar with a new design and functions
calendar is a basic application on any device to keep track of all eve...
The Elder Scrolls Online receives support HDR for Xbox One S
The patch weighs 5.9 GB.Bethesda released a new patch for the version of X...
Launch trailer for Teenage Mutant Ninja Turtles: Danger of the Ooze
The ninja turtles return to action Activision has distributed the launc...
Bibliography ►
Phoneia.com (June 15, 2017). The resistance of the LG G6 to the test: these are tests that you have passed to get the certification of military. Recovered from https://phoneia.com/en/the-resistance-of-the-lg-g6-to-the-test-these-are-tests-that-you-have-passed-to-get-the-certification-of-military/

This article was published by Phoneia, originally published in English and titled "The resistance of the LG G6 to the test: these are tests that you have passed to get the certification of military", along with 18987 other articles. It is an honor for me to have you visit me and read my other writings.
◄ Announced the platforms for action Unruly Heroes for One, PS4, PC, and Switch
The LG V30 and LG G7 would come to market earlier than planned ►