The Samsung Galaxy S10 already have a date of official submission: 20 February 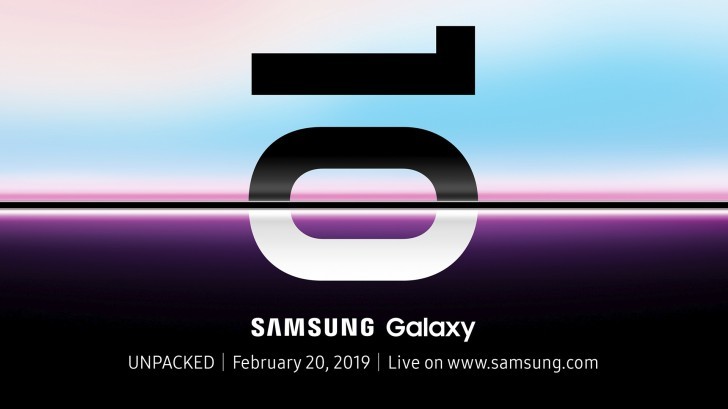 Samsung has already a long time ago, the letter that you will play in this start of the year 2019, it is no other than the letter of the new Samsung Galaxy S10. Three phones, maybe four if we add the special model with 5G, to recover sensations, and to compensate the users that have preferred to skip the S9, one of the reasons the low sales of the koreans in the past year.

the phones in the S line have the duty to offer a bonus with respect to past generations, not by the fact of having to lift the sales but because they are the models of the tenth anniversary of the line. Three phones, from the Galaxy s10e netbook to the Galaxy S10 Plus, the filing date was rumored but is now confirmed through an invitation.

Samsung reveals in private new details about its smartphone folding: do not fold completely and will not be cheap

we Already knew that Samsung had the intention of presenting its new Galaxy S10 in the next Mobile World Congress in Barcelona, and although the dates more or less add up, it seems that everything is precipitated a few days. We will not be the Galaxy S10 on the Sunday prior to the opening of doors in the City, but four days before.

As in previous occasions, the event is called Unpacked and is expected to be held at both in New York as in any european city, maybe London. What is clear is that it may be viewed online on the website of the Korean manufacturer: samsung.com. An event more than expected because, in these days of advancement, the Galaxy S10 can become the first flagships to reach the market.

Up to three models with the s10e netbook, S10 and S10 Plus. And maybe the fourth, if the model 5G is put forward.

For now, as we said we have up to four models accounted for. The Galaxy s10e netbook, previously known as Lite and that will mark the floor of the range, with a screen seemingly flat and without fingerprint reader beneath the screen. The Galaxy S10, the central phone line. The Galaxy S10 Plus, which should dazzle in camera and other options. And finally, the Galaxy S10 version 5G, you should get weeks after and sold in some specific regions. There is already talk of Korea and the united States, only.

So you know, make sure to book the 20th of February because we have an appointment with the tenth anniversary of the line Galaxy S. The Galaxy S10 turned in at least three models, we will see what level of revolution presented by the manufacturer and if they choose, they must do so, to become one of the phones of the year.

Samsung Galaxy A8s: the first mobile phone with screen Infinity-Or is the first of Samsung in losing the minijack

–
The news The Samsung Galaxy S10 already have a date of official submission: February 20 was originally published in Xataka Android by Samuel Fernandez .