The Samsung Galaxy S10 receive multiple features of the Note 10 in the latest update: Auto-Hotspot, including 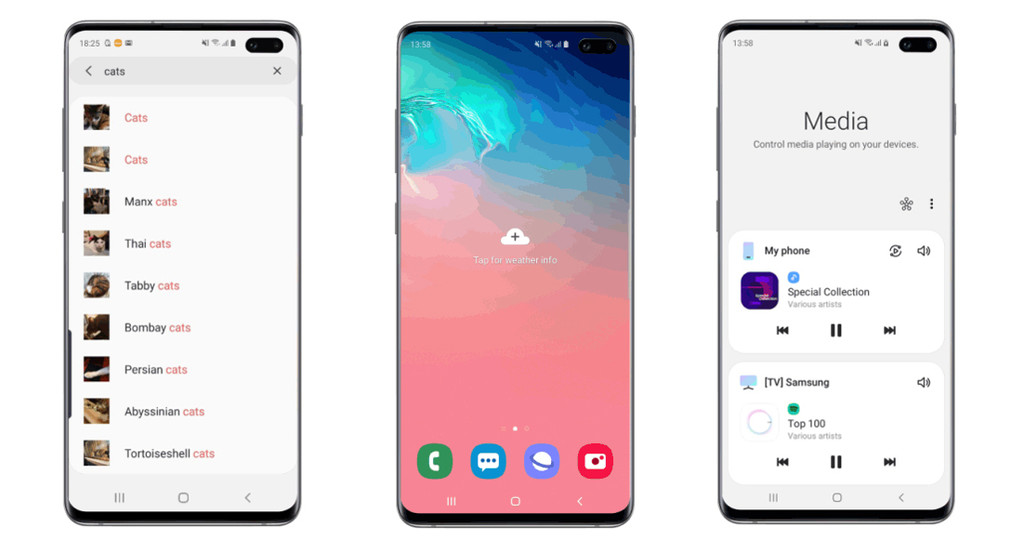 As we continue to be immersed in a sea of rumors about the next releases from Samsung (read the Galaxy A51 and, above all, the Galaxy S11), the south Korean company continues with its calendar of updates, and security patches in the current models. A little over a month, for example, the Galaxy S10 received the support to DeX, and a number of advanced features of the cameras of the Note 10.

Now, a new update is announced by Samsung has those same protagonists and, once more, leads to the tenth generation of the Galaxy S some advanced features already offered by the latest batch of Galaxy Note. Most of these features are related to connectivity, search, and content creation.

Samsung has announced a new software update for the Galaxy s10e netbook, S10, S10+ and S10 5G that gives them some of the most powerful features of the Galaxy Note 10. On this occasion, it is to provide a user experience more dynamic and fluid, and for this, it has added the ability to find photos easily in the Gallery refining the search with keywords.

it is Also possible to locate new songs, movies, or TV shows thanks to the improved search of devices, which now includes recommendations of content streaming applications. In addition, this update brings the addition of media and devices in the panel of Fast Adjustments, so that, from the Galaxy S10, we can easily control the multimedia experience from a variety of sources.

In terms of connectivity, the Auto Hotspot offers a solution to convert a Galaxy S10 at a point WiFi, so that, after a simple initial setup, allows the Galaxy S10 establish a point of access to intelligent auto to other Samsung devices if they share the same Samsung account. In addition, it provides guidelines and alerts for solution of problems for which the connection is stable and secure.

All these new features are joined to the update software launched in September, which led to the Galaxy S10 several tools of creativity present in Note 10, as the Super-Stabilized for video recording, Night mode on the front camera or the AR function Doodle, that allows you to give a personal touch to the video, including in the amusing drawings without the need for the S Pen.

in Addition, thanks to the function Video Editor the Galaxy S10 and the Samsung DeX updated, it is possible to edit and customize the clips both on the phone itself as a computer (PC or Mac) simply by connecting the device with a USB cable.

as indicated by Samsung, you must take into account that the release date of the update may vary according to country and operator, so that users of a Galaxy S10 will have to have patience to receive it. In addition, warns that the availability of features may vary depending on the country.

The app from Google test new functions: an editor catches most intelligent and markers in Google Podcasts, among them

–
The news The Samsung Galaxy S10 receive multiple features of the Note 10 in the latest update: Auto-Hotspot, between them was originally published in Xataka Android by Laura Sexton .

The Samsung Galaxy S10 receive multiple features of the Note 10 in the latest update: Auto-Hotspot, including
Source: english
November 12, 2019