The series of ‘Star Wars’ because has the protagonist: Pedro Pascal is ‘The Mandalorian’

we finally have a name in the division of ‘The Mandalorian’, the first series of real action of the series. The chosen is Pedro Pascal, known for his roles in the series ‘Game of Thrones’ and ‘Narcos’ or the second parts of ‘Kingsman’ and

it Was rumored that Pascal was one of the favorites of Jon Favreau, screenwriter and executive producer of the series, and today it finally makes official its incorporation. Is the first actor confirmed in ‘The Mandalorian’, which began filming after the publication of the first official image and list of directors (including the outstanding Taika Waititi). 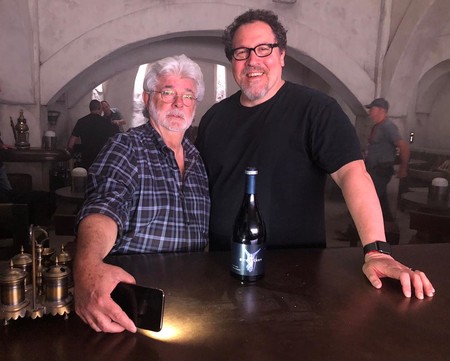 George Lucas and Jon Favreau on the set of the Mandalorian

After the stories of Jango and Boba Fett, another warrior emerges in the Star Wars universe. ‘The Mandalorian’ is set after the fall of the Empire and before the emergence of the First-Order. We will continue the efforts of a lone gunman in the limits of the galaxy, away from the authority of the New Republic.

series premiere 2019 (still no date more specific) in the next Disney+, the streaming platform of the study more powerful in Hollywood. The signing of the chilean Pedro Pascal comes only days after the announcement that the mexican Diego Luna will star in another series of ‘Star Wars’ exclusive to Disney+; will be Cassian Andor in a prequel of ‘Rogue One’.

Star Wars: we already have the first details of 'The Mandalorian', the first series of real action of the series

–
The news The series of ‘Star Wars’ because has the protagonist: Pedro Pascal is ‘The Mandalorian’ was originally published in Espinof by Juan Luis Caviaro .