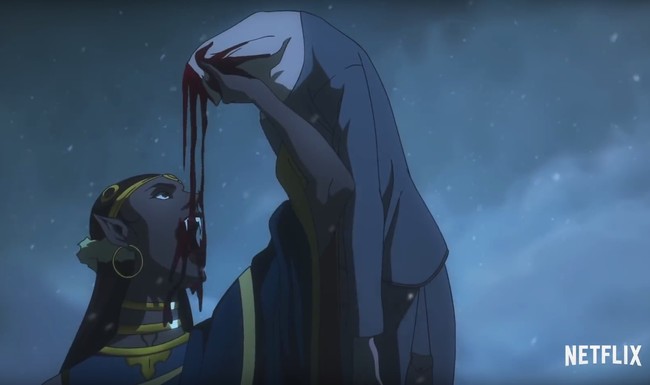 After the recent notice the date of the premiere for season 2 of Castlevania, 26 October, Netflix now shows the new trailer for their adaptation of the video game Konami, which continues to focus specifically on the history of ‘Castlevania III: Dracula”s Curse’, 1989. The creator of comics mythical as ‘Transmetropolitan’ or ‘Planetary’, Warren Ellis, follow by signing the scripts in this adaptation.

After a first stage that was found with receptions reviews found but a popularity among the subscribers to the platform immediately, the series insists on the most dark and violent game, telling the confrontation between the icon vampire Dracula and a group of three ruthless hunters composed by the human Trevor Belmont, the sorceress Sypha Belnades, and the son of Dracula, Alucard.

After the tone, introductory to the story that we saw in the first season of just four episodes, this second batch doubles the duration and promises to delve into the history of the vampire slayer and his mythical nemesis. Without doubt the most interesting part of the trailer is to confirm that the pitch dark of the first season are maintained and even accentuated, and that the catalogue of monsters, on the orders of Dracula, in full harmony with the video games, increases noticeably.

What a monitor gaming you can do for your gaming experience

The spectacular trailer of 'Dragon Ball Super: Broly' shows Goku to face the warrior more powerful of the galaxy

–
The news The trailer for season 2 of ‘Castlevania’ promises more savagery vampiric in key anime was originally published in Espinof by John Tones .