The Xiaomi Black Shark is still in the lead of the ranking of mobile more powerful, according to AnTuTu 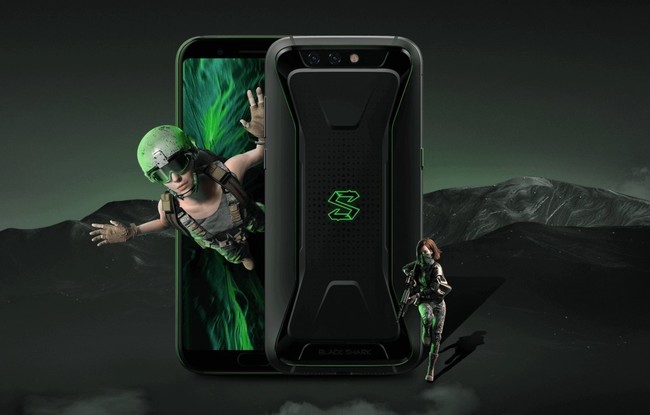 testing synthetic performance have the importance that they have, as the result of which will not influence the experience of use of a mobile phone or, of course, tell us about the quality of their components beyond those that are part of your brain. However, yes serving to measure the raw power of a mobile phone, and it is something that is valued in the technology sector, to see what it is capable of squeezing every manufacturer of processors that are, in many cases, identical.

One of the tests synthetic most well-known AnTuTu. The developers made each month a ranking of the most powerful phones, a translation of the phones that best results have been obtained in tests made with its app during the month already ended, and here we bring the listing for the month of August. No surprise on the head, with the Black Shark still leading, but with new entries in the list of ten most powerful.

Xiaomi Black Shark, and China as synonyms of power

At least in August, and at least what on AnTuTu. The benchmark placed the phone of Xiaomi in front of the general list of phones, all thanks to the mean results obtained by the model with 8GB of RAM and 128GB of internal storage. According to AnTuTu, the model has accomplished 289.415 points and that would be better for a first post.

You are still many chinese phones more. As the Live NEX S, with 288.076 points, or the OPPO Find X with 286.293 points. is The club of the eight gigs of RAM tops the list and we have to get to the fifth position to meet the first model with “only” 6GB of RAM, the Samsung Galaxy Note 9, in your version Snapdragon, which achieves 283.641 points on average in the month of August.

again the return of the chinese with the Xiaomi Mi 8, the latest Pocophone F1 and the My Mix 2S, with the inclusion of the Zenfone 5Z ASUS among the first two models of Xiaomi.

The list of ten most powerful phones in the month of August closes Samsung, which re-appear with their Samsung Galaxy S9+, with 263.827 points to, once again, your variant with Snapdragon processor.

This ranking of the month of August tells us several things, some easier to read than others. the Apple is out, because the iPhone X, your more powerful phone until the time, you get something less than 234.000 points with your Apple A11. The renewal, however, is just around the corner and next week we should know the iPhone XS Plus, the phone that should, by logic, be placed at the front of your catalog, and we will see if also in the forefront of the market in terms of AnTuTu.

Despite the power of the Apple A11, the iPhone X is outside the Top 10. The iPhone XS Plus should fix it shortly.

Another reading is that the pressure that the front chinese has on the rest of the market is, quite simply, overwhelming. the Seven models of ten are chinese, two of them Korean, and, without making much noise, but in the Top 10, one of them is taiwanese. Turning off the Top 10 if we find ourselves with Samsung, there are three models of Sony and also LG, to continue with the path of Samsung.

A ranking, interesting, and a very good picture of a market with a predominance of china, quite important and in which, interestingly, Huawei is not listed at all. Despite being the second or third manufacturer in the market, depending on the quarter observed, the Kirin 970 is still not reach to the market leaders. We will see what it is capable of doing the Kirin 980 when their scores are included in the rankings.

–
The news The Xiaomi Black Shark is still in the lead of the ranking of most powerful mobile, according to AnTuTu was originally published in Xataka Android by Samuel Fernandez .