Tiny Thief, new game that comes from the hands of Rovio, creators of Angry Birds 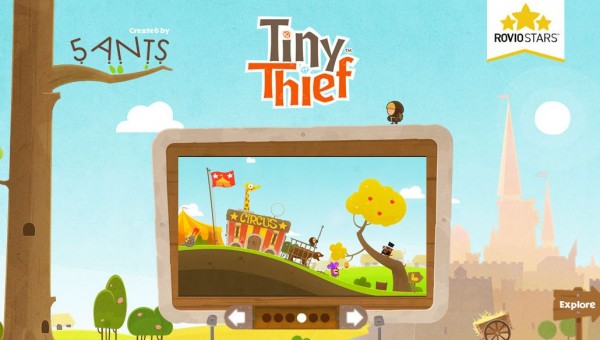 arrives for Android and iOS Tiny Thief , a game scheduled by the company 5 Ants and released this week by the Rovio .

In the game we have to guide a small thief who wants revenge on the men who steal from the poor , set in the middle ages and a great strategic ingredient.

We’ll have to hide in barrels when the guards do not look, climbing stairs, help animals escape, find treasures, achieve the goal and out without getting caught, all that distributed several levels and initial screens will guide us to understand all possible moves.

The creators of Angry Birds continue to opt for the same style , but this time leave less randomly responsibility and focus on allowing the player to develop a good strategy before starting the game, something that arouses great interest among adults and children.

The game is not free, having a cost of $ 2.99 in both the android version like iphone and ipad.

We leave you with the trailer: