Titan M, we review the security measures of the new chip of the Pixel 3: the Android more secure 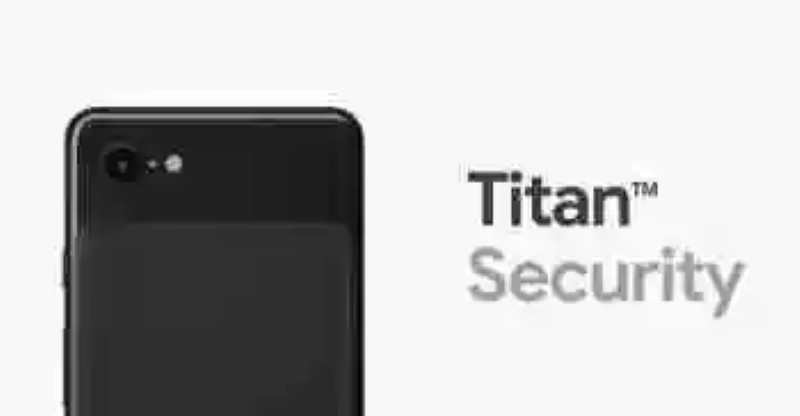 Titan M, we review the security measures of the new chip of the Pixel 3: the Android more secure
This fact, which does not include sales in digital distribution, makes it the best debut for a Nintendo game Switch ...

With each new version that Google threw up Android saw it as their operating system it would make it more secure, but now we are also engaged in manufacturing of devices have gone a step further, the adding security measures on the hardware.

The new Pixel 3 and Pixel 3 XL released the new embedded security chip Titan M, which Google has explained the main functions that will handle the new chip.

Google Pixel 3 XL, analysis: an impressive camera that outshines everything else (up to notch)

this is Titan M

To offer the Android devices more secure in the market, Google has integrated it into its new Pixel 3 and Pixel 3 XL a chip enterprise level security, who will be responsible for secure your data and the operating system. Titan M is the mobile version of your chip Titan, used in the data centers of Google Cloud and adapt to mobile devices.

Google is so confident of its investment in security with its new hardware to demonstrate the safety and privacy of its users are well protected by the security community will be able to audit of Titan through its open-source firmware.

The security features of Titan M

Security in the bootloader.

The new chip, Titan M is in the new Pixel 3 the in charge of protecting the Android operating system of external manipulation. the Verified Boot has been integrated in Titam M.

Titan M will help boot loader Verified Boot to validate and load Android when the phone is switched on. The chip will ensure that you are running the correct version of Android. The chip Titan M stores the last version known secure Android to prevent bad actors will be able to do a downgrade, i.e. install an older version and potentially more vulnerable. The chip also prevents that you can unlock the bootloader (boot loader)

Titan M also verifies the access code of the lock screen. Avoids the process of guessing with multiple combinations of passwords by limiting the number of logon attempts. Only after the successful verification of the access code, it will decode the device through Titan M.

Titan M also to protect third party applications and confidential transactions secure. With the new API StrongBox KeyStore Android 9 Foot applications will be able to generate and store their private keys on Titan M. The Google team Pay is testing these new APIS to provide transactions much more secure.

In applications that require user interaction to confirm a transaction, Titan M also enables the Confirmation protected Android 9, a new API which is responsible for protecting the more critical operations. This API wants to ensure the electronic voting system and the money transfers P2P, protegiendolas of the malware.

finally, the Titan M will also prevent you from handling your own firmware. You can only update once the user has entered your unlock code. Therefore, an attacker will not be able to do anything without knowing your code.

–
The news Titan M, we review the security measures of the new chip of the Pixel 3: the Android more secure was originally published in Xataka Android by Cosmos .

Phoneia.com (October 17, 2018). Titan M, we review the security measures of the new chip of the Pixel 3: the Android more secure. Recovered from https://phoneia.com/en/titan-m-we-review-the-security-measures-of-the-new-chip-of-the-pixel-3-the-android-more-secure/