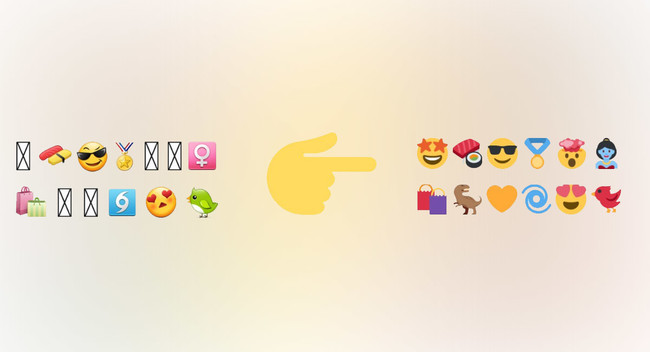 Like Facebook, Messenger, WhatsApp, Telegram, Slack and many others, Twitter has been forced to include their own emojis, name Twemoji, to avoid the nonsense that are the emojis on Android. That is to say, that many of them are displayed as squares.

Each new version of Android includes more emojis in such a way that the latest version is usually quite up-to-date with regard to the latest version of Unicode, but there is a problem: the vast majority of mobile are still stuck in a previous version. The only solution that has seen Twitter to enhance the experience of your users is to add their own emojis.

Used by the library of Google

seen before, and so they look after you

With Android Oreo received new emojis and also backwards compatibility by using the library EmojiCompat. With it, an application can detect when there are emojis in the system and replace them by the provided by the system… or by the developer himself. Twitter has opted for its own design named as Twemoji, which was already available in the web version.

This means that you will not see more black squares in your timeline, Twitter on Android, even if you have an old version of Android. It also implies that you will see these new designs in place of your mobile phone. However, if you have Android Oreo or higher you won’t see any difference, because everything remains the same. This is because with Flash you should already have all of the latest emoji, and, therefore, you do not need the library.

This change only fixes the problem of the emojis are missing, but not the disparity of designs of a mobile phone to another. Those who use Twitter on a Samsung with Oreo see the emojis Samsung, while those who will do so in a previous version, see the of Twitter. With this background it is no wonder the solution of WhatsApp, Telegram, Messenger, and Facebook: create their own designs and show them to everyone, whether you have or not.

More information | Emojipedia
Xataka Android | So are the renovated emojis Android: finally they will be supported in the earlier versions

–
The news Twitter adds its own emojis to combat the fragmentation of emojis on Android was originally published in Xataka Android by Ivan Ramirez .