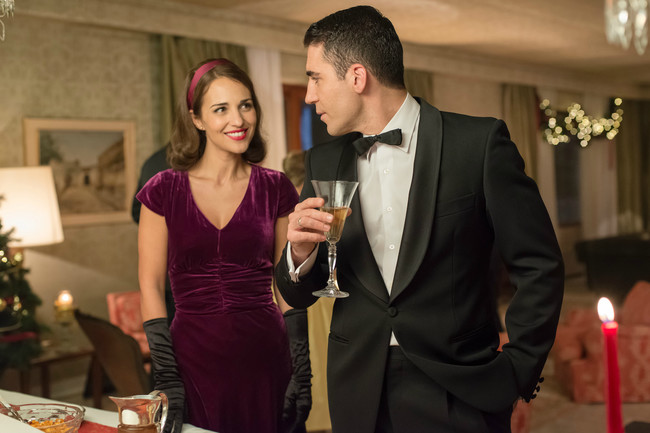 the final season of The ‘Velvet‘ it is still a remarkable success for Antena 3. Release it with that promotion from the beginning to the fact that their audiences have located in excess of 20% of to share and for his last chapter, which will be issued on the 21st day, you are going to attempt the more difficult still, because it will have some scenes live. This is something quite unusual in Spanish fiction (what did ‘7 lives‘ to celebrate his chapter 200, for example), and in places where it is a little more common, united States, reserved for special moments.

In the case of ‘Velvet’, Antena 3, explained in the press release that “will involve several of the leading actors and will be made up of multiple scenes that represent the icing for the moment of television’s most anticipated of the season”, and also points out that will be issued from locations real Madrid. So, you get to give the last episode of the series an air of event that, probably, will help to attract more spectators.

‘Velvet’ has been one of the biggest recent successes of fiction for Atresmedia and, in addition to this final episode with parts live, are you going to support your close with diverse actions in other channels of the group. Nova, for example, be scheduled for that week a series of films of weddings and Atreseries will have a marathon of the fourth season in version pop-up, that is to say, that will appear on the screen “snacks” with trivia about the episodes.

In Go Tele! | ‘Velvet’, a longing for sweet as honey

'Velvet': dances, pins and a lot of love

–
The news ‘Velvet’ will say goodbye with scenes live in the last chapter was originally published in Go Tele by Marina Such .