. Tools for users to create their visual novel games
Degica Games has announced visual Novel Maker , a software designed for all audiences used to create visual novels. will be launched in the autumn and will be available in digital stores like Steam .
Degica Games has published several Japanese titles within the genre, where it is much more popular than in Western markets. In fact, as an editor they have specialized in bringing such securities West . With this new software will provide the user with a set of easy to use tools, but powerful, with which to create titles of this type.
Among its features is a graphics library resources, tools dynamically creating dialogues for screenwriters, support extensions and features created by the community of programmers, support for synchronization of voices, support for multiple resolutions, export tools and specific localization tools projects translate into several languages.
This software will launch on Windows, Mac and Linux in autumn.
Video : 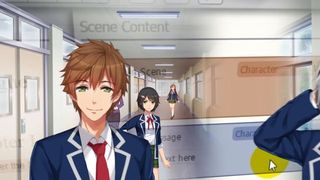