‘Watchmen’ and the story behind ‘Pale Horse’, the easter-egg more mind-boggling than the HBO series 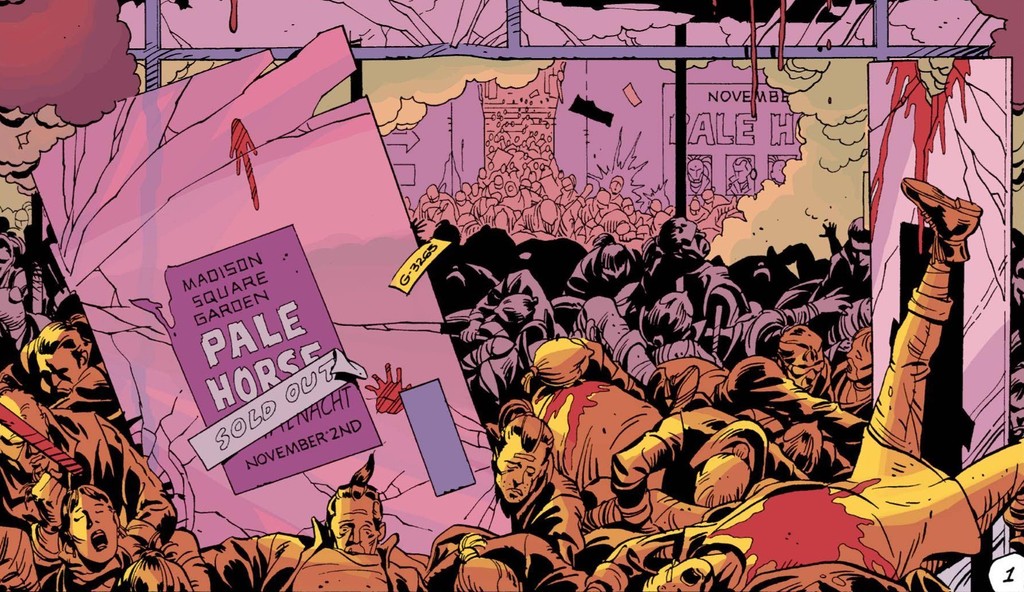 As of the ‘Watchmen’ from Damon Lindelof is simply mind-boggling. Not only does it have a narrative, brilliant, absorbent and refined that it makes justice —and this was the most complicated thing of all— the original material of Alan Moore; in addition to this, hides a ton of references to the universe of the comic book with which it enriches the experience to the absolute limits in each of its episodes.

But of all the easter-eggs that have been appearing in the series of HBO, probably the one related to the band ‘Pale Horse’ the more twisted and mind-boggling. Below, we will explain what the hell is the meaning of this reference, so, if you have not yet seen the fifth episode of ‘Watchmen’, entitled ‘Small fear of lightning’, and you have not read the work of Moore, it will be better that you should leave to read, because there will be another spoiler from this line.

'Watchmen': more than a series of fiction, a smart portrait of the socio-political reality and racial contemporary

From the start of the season, Lindelof has made every effort to make it clear that the incident marked the third act of ‘Watchmen’ printed left a footprint on the society that has not managed to erase. I mean, of course, the attack of a mutant come from another dimension —or that was the explanation of the attempted false flag perpetrated actually by Adrian Veidt— the city of New York November 2, 1985. 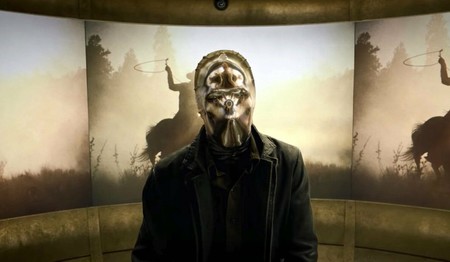 The effects of the disaster are not only present in the mysterious rain of squid that supply blood to north america eventually or in the large groups of people affected with post-traumatic stress related to the tragedy —including the own Looking Glass—; the debacle also influenced popular culture of the alternative reality in which it is set ‘Watchmen’.

as we met in ‘Small fear of lightning’, the filmography of Steven Spielberg of the “Watchmenverso” is very different to the one we are used to. In it, the King Midas of Hollywood signed a film titled ‘Pale Horse’, filmed in black-and-white, winner of the ceremony of delivery of Prizes Oscar of its year and based on the massacre of the Times Square executed in secret by Ozymandias.

For more detail, in the episode it is said that in this movie there is a scene in which a girl dressed in a red coat walks out of it between the bodies of those killed by the wave psiónica of alien. The connection with ‘Schindler’s list’ it is more than obvious, so it seems that ‘Pale Horse’ replaced the Spielberg classic in his filmography of this universe. But, why did you choose to Spielberg this title to your tape on the 2-N? The answer is in the music.

The very night of the catastrophe, is the Madison Square Garden hosted a concert of ‘Pale Horse’, a band of Death Metal who died along with his entire public when it got to midnight. The followers of the group belonged mostly to the urban tribe of the Top-Knots, which are characterized by their hairstyles with bows tall and who can be seen in several cartoons of the comic book original.

The name ‘Pale Horse’ nor comes out of nothing. Makes a timely reference to the verses 7 and 8 of the sixth chapter of the Apocalypse, you can read the following:

“When he opened the fourth seal, I heard the voice of the fourth beast say, ‘Come’. In the vision there appeared a pale horse; the rider is called ‘Death’ and the abyss remained. Gave them authority over the fourth part of the earth, to kill with sword, hunger, epidemics, and with the wild beasts.” 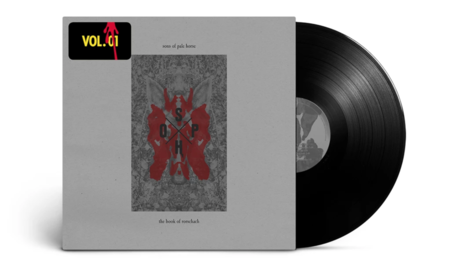 But here not just the thing. As mentioned in the Peteypedia —that kind of annex to the form of a report from the FBI that can be read on the website of HBO—, the easter-egg goes even further. It seems that ‘Pale Horse’ inspired a band of space rock mid-90’s called ‘Sons of the Pale Horse’; authors of an album titled ‘The Book of Rorschach’. And now comes the good.

If we look at the edition physical vinyl that has released HBO with the first volume of the brutal soundtrack of ‘Watchmen’ composed by Trent Renzor and Atticus Ross, is the packaging it has been worked to look like a reissue of the ‘The Book of Rorschach’ from ‘Sons of Pale Horse’, in addition, is accompanied by an essay by Seymour David, the scholar of the newspaper New Frontiersman whose hand we see approach the journal of Rorschach in the last panel of the comic. Awesome.

–
The news ‘Watchmen’ and the story behind ‘Pale Horse’, the easter-egg more mind-boggling series of HBO was originally published in Espinof by Victor Lopez G. .