We tested Google Go: an alternative ultra-light, very compelling to search for information in Google 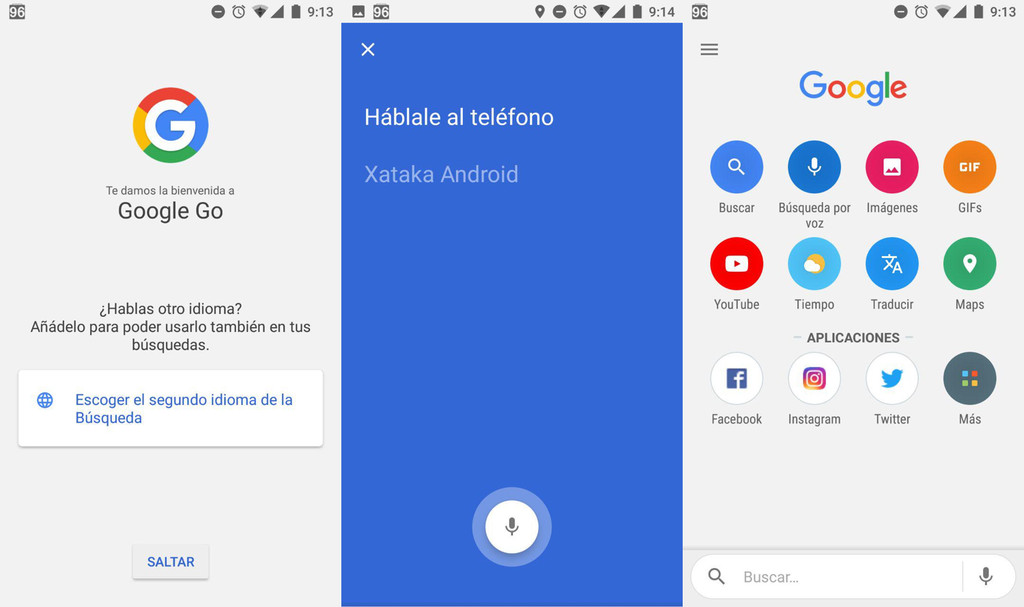 Today Google has officially presented Android Go Edition, a version ultra-light, Flash-off that promises to be easily adapted to devices with low RAM. Most that see it as an excuse to continue introducing cheap mobile, we take it as an attempt to optimize the software of Google.

instead of trying to lighten your apps main that have grown into monsters, devourers of RAM, the companies are betting on to offer versions Lite. Very similar to the main but with menus more simple focus clearly on the speed and simplicity. This is not the first of this style that we tested, but almost all leave us with very good feeling.

Google’s Go is the version, lightweight the app from Google for Android. It is a renewal of Google Search Lite, who already were able to test a few months ago. Now is translated to more languages (including Spanish), they have added sections, and its performance is still faster. 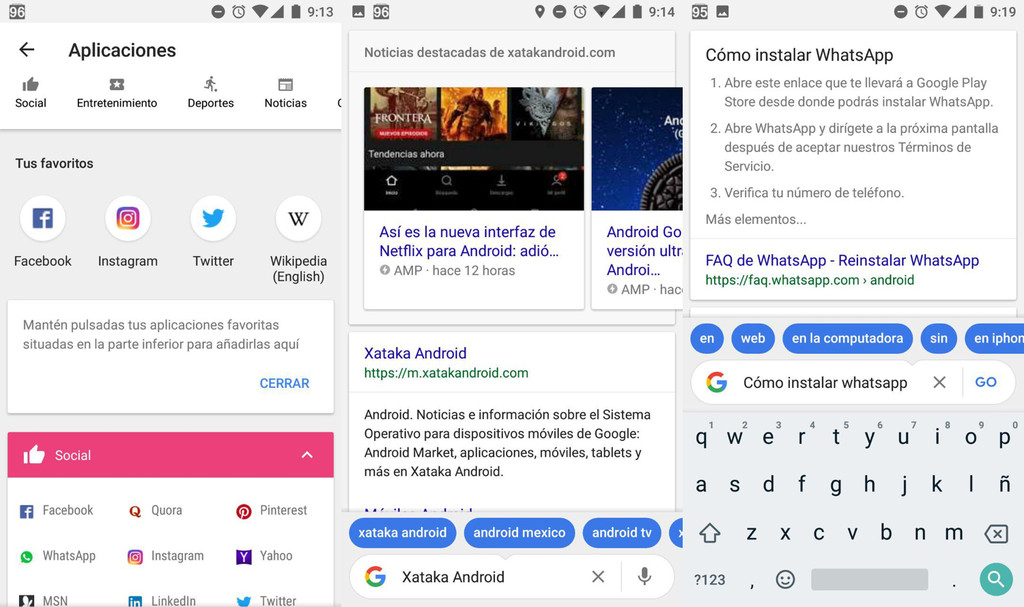 When you open the application we are requested to set the language. Once there we moved to the main screen where through icons circulars of various colors takes us from a click to a variety of tools such as Youtube, Google Translate, Maps, or search for webs, images, or GIFs. We also have voice search. The idea is to press and it will open a search tab that we will be recommending issues.

Google provides search to deeper levels than usual. In fact the contextual information and semantics Google plays a very important role. No longer do we offer so many links, but the information that Google has better organized. Here they try to ease the consumption of data, strengthening its position as an intelligent assistant and to get used to one type of search over remote desktop. 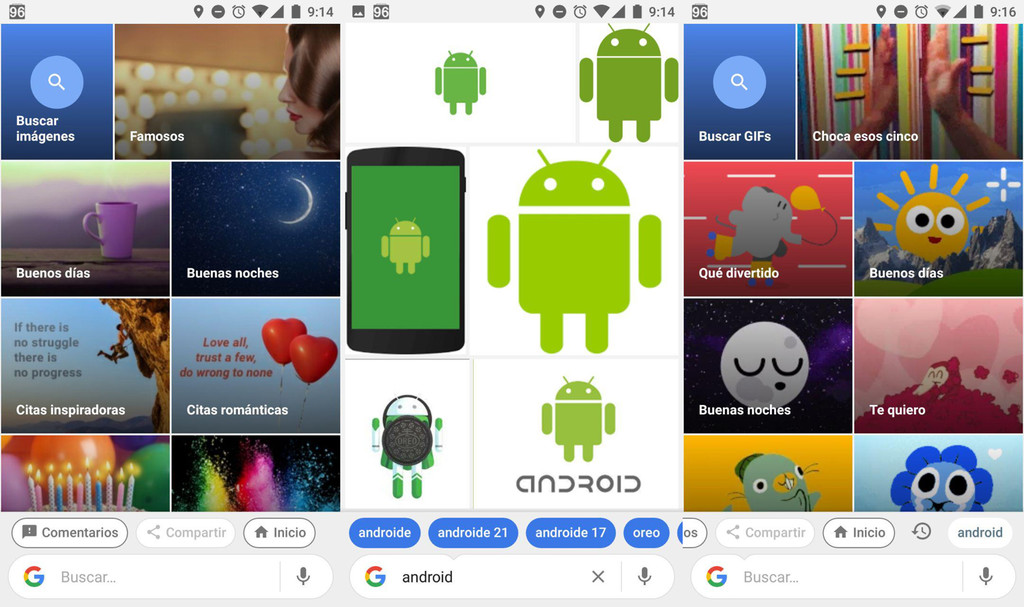 The search images and GIFs is also very well suited, with suggestions on great that will be updated as we write. From one-click access to queries of a greater trend. The images are quite compressed and we lost by the way the ability to save pages offline, that yes we were in Search Lite.

in The same way the options of the time, or Google Translate work in a simple way. is Not have graphics very elaborate and all the tools of instant translation of the translator, but yes the main part. 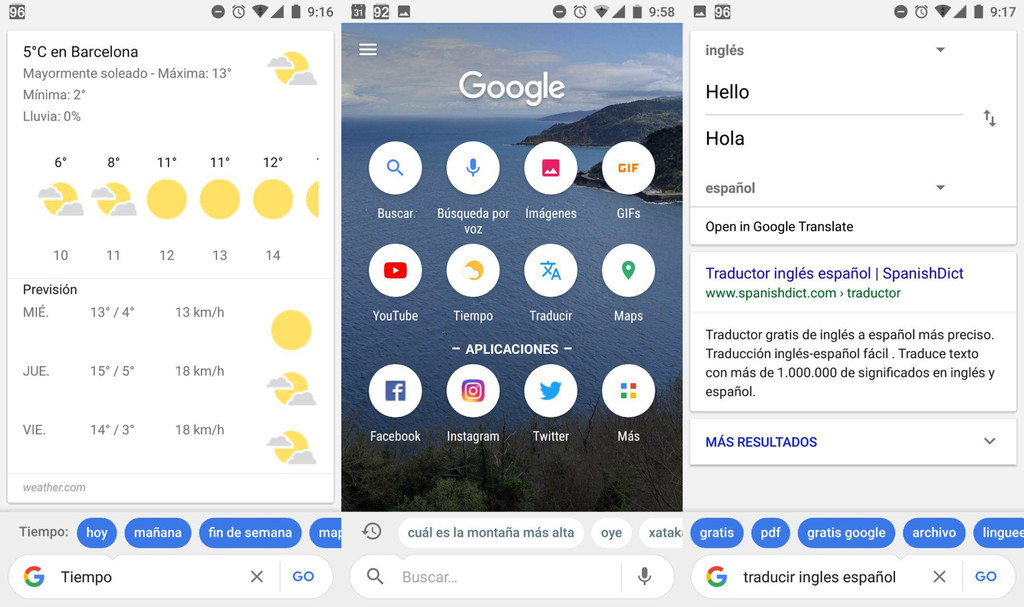 One of the few customization options that allows you to Google Go is the change the background of main screen. Beyond there it all is very basic.

Google promises a consumption of up to 40% less data with respect to the application of traditional Google. This difference is not noticeable in terms of results, since it almost always offers us the same thing. But what we have organized in another way. Occupying more space to the contextual information and less room for the rest of the results.

Here we leave a comparative search between Google Go (left ) and Google Search (right). In the Lite app we do not Doodle, do not have a search engine full and there is less gap for the first link. But shows us the same number of mountains next to the data of their height, just what we had requested. 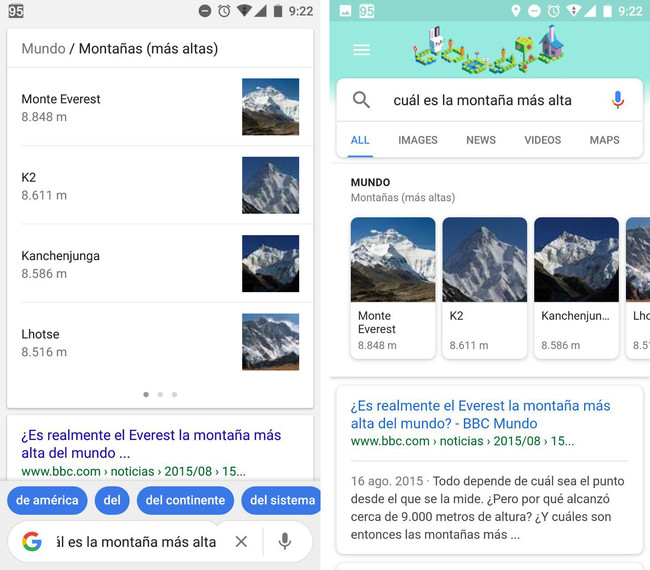 From the side menu of the settings have a few options. the Change the additional language of the search, since Google Go is very focused on countries such as India where users are accustomed to using different languages.

We have the option of using websites light to save even more data. To change the Google account, turn on notifications and filtering by safe search. 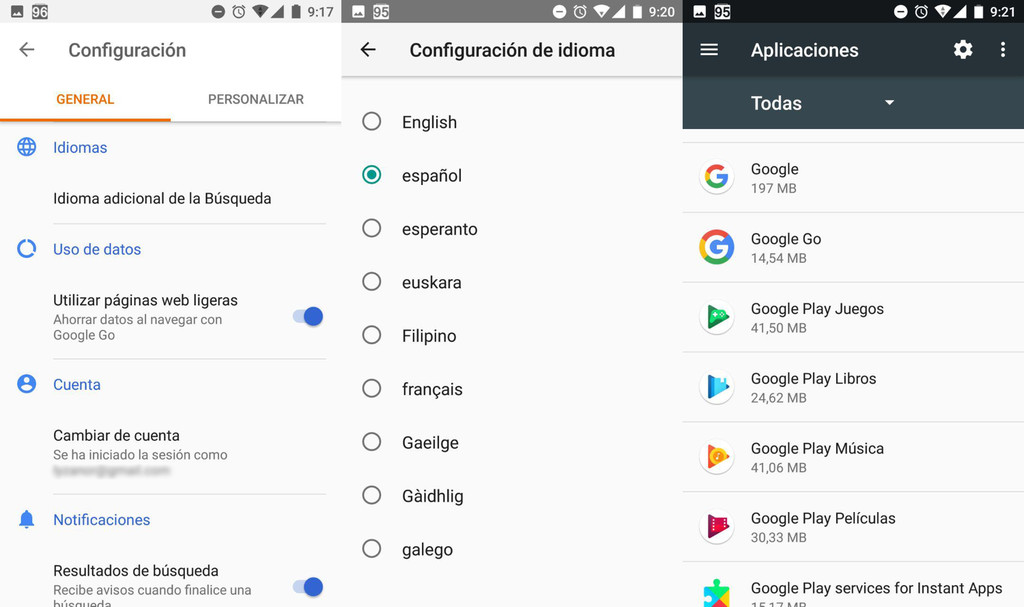 The installing Google Go takes up less than 5MB, and once installed on our device it does not go up much more. A clear difference with regard to the official application of Google standard that always stays in the background and the RAM memory consumption is much higher.

With these applications Lite not only we get the mobile of 512MB or 1GB that do not have problems, also get mobiles with 8GB, 16GB or even 32GB to be able to install a greater number of applications, because you optimize the space better.

A final detail is the Google search widget Go. Clearly realize a design with less care, we cannot write directly and nor do we have the function OK, Google. But this are details at the end.

Those interested in testing Google Go can download APK since Google Play is still limited by countries. A single application like Google Go it makes no difference, but Android Go it looks good as it offers almost the same we have now but for much less resources.

–
The news we Test Google Go: an alternative ultra-light, very compelling to search for information on Google was originally published in Xataka Android by Enrique Perez .