With the launch of Android Nougat last year it was introduced on the Android of a novelty that went fairly unnoticed to the average user: the Launcher Shortcuts. Or what is the same: to provide the icons of the applications with the possibility to make shortcuts to a very specific without having to go through the main screen.

stated another way: with a cut-off of this type we can access a direct conversation of WhatsApp, make a call to a contact frequent without having to search for it on the agenda… All of that was integrated in a Nougat, but thanks to Nova Launcher and the Sesame Shortcuts we can get a lot of profit.

Wait, what is that Sesame Shortcuts?

As we discussed a moment ago, Launch Shortcuts allows us to press long for a button we appear with various options and from these we can access a function in particular, which is also known as deep link. If you have used any device from Apple in 2015 and beyond maybe you remember what it can do cone 3D Touch. 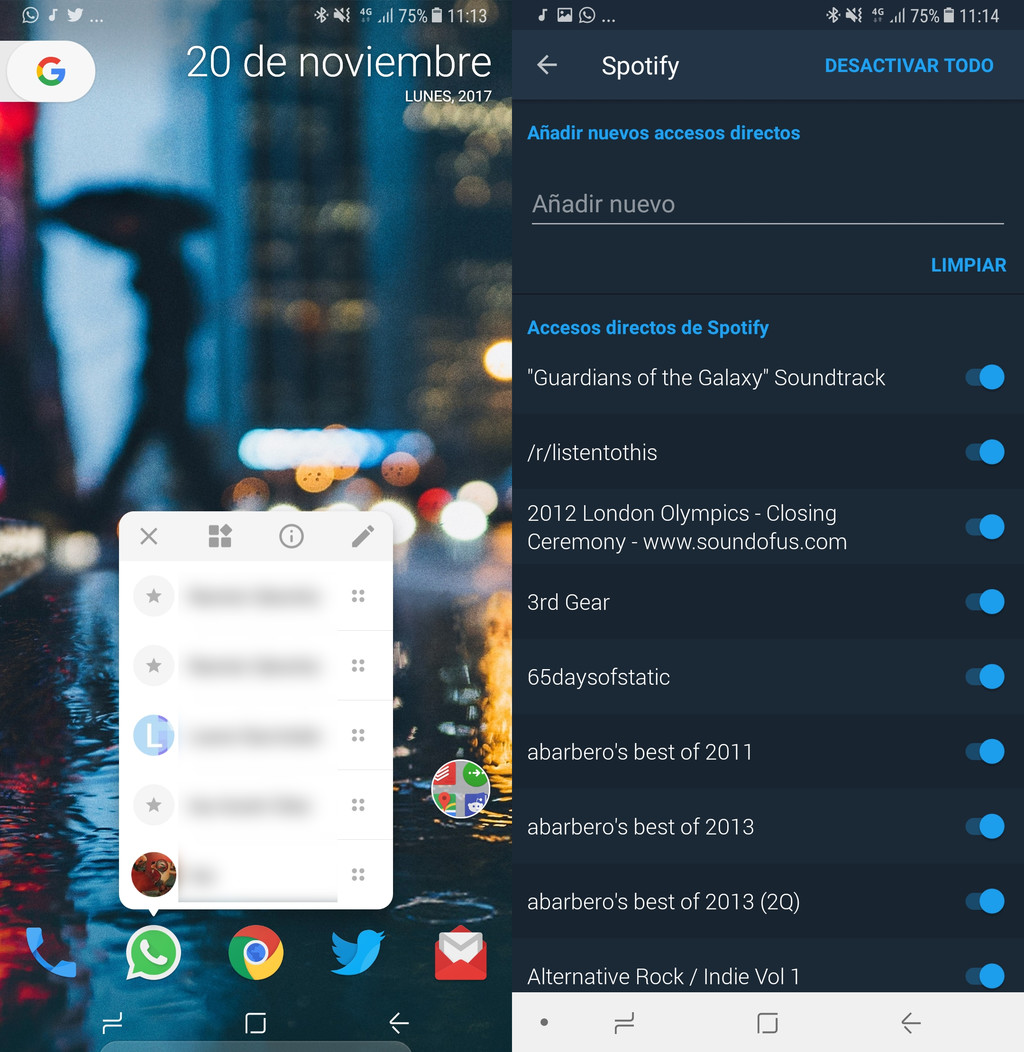 Well, this option without any additional configuration does not have much value. However, as we use Nova Launcher and install the Sesame Shortcuts we discovered that this option is very useful and it is also easy to use as we will see below.

Nova Launcher has always been characterized by bring fragments of the versions leading-edge of each Android update and all over the world who use your application launcher, you can enjoy regardless of the ROM you have installed on your mobile phone or tablet.

back in version 5.4 decided to incorporate this feature, and while it is true that he passed unnoticed for many users, we have explained to you in your day how it worked and what to bring. Now that we know that, and we have Nova Launcher set up, let’s do a little test.

Test stop and hold for a moment any application icon on Android. Gives equal to that you are on the desktop or in the app drawer. If you have done well, you’ll see that are a number of options such as those below these lines. If you do not go out, try to push. 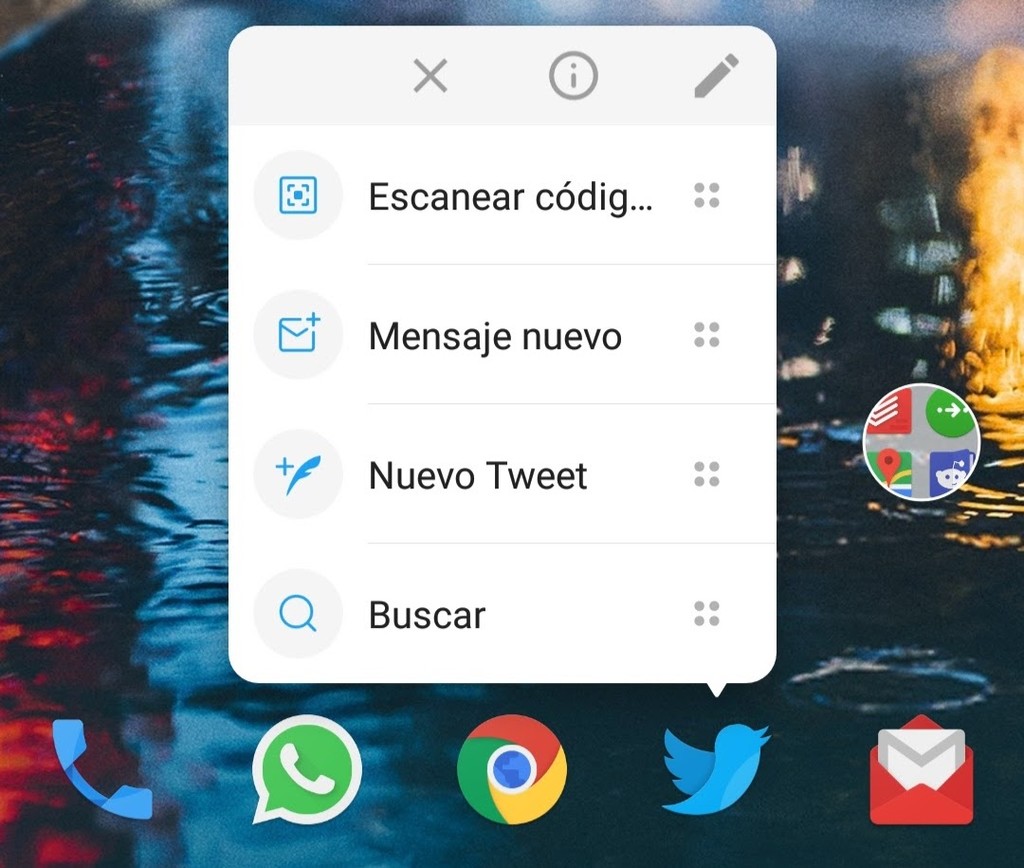 Well, this is the Sesame Shortcuts. As you see they are configured by default with a series of simple actions. Also you may have noticed that in some applications not appear. Don’t worry: not all apps are compatible so this is why in some is not this option. A shame because, as we shall see, contribute a lot to our day-to-day.

How do I configure Sesame Shortcuts?

Now that we know what they are, it is time to set them up. To do this, we will download the application Sesame Shortcuts on Android. Although it’s been a while since its launch, is an app unknown to the great public, but its usefulness is very extensive, as we shall see. 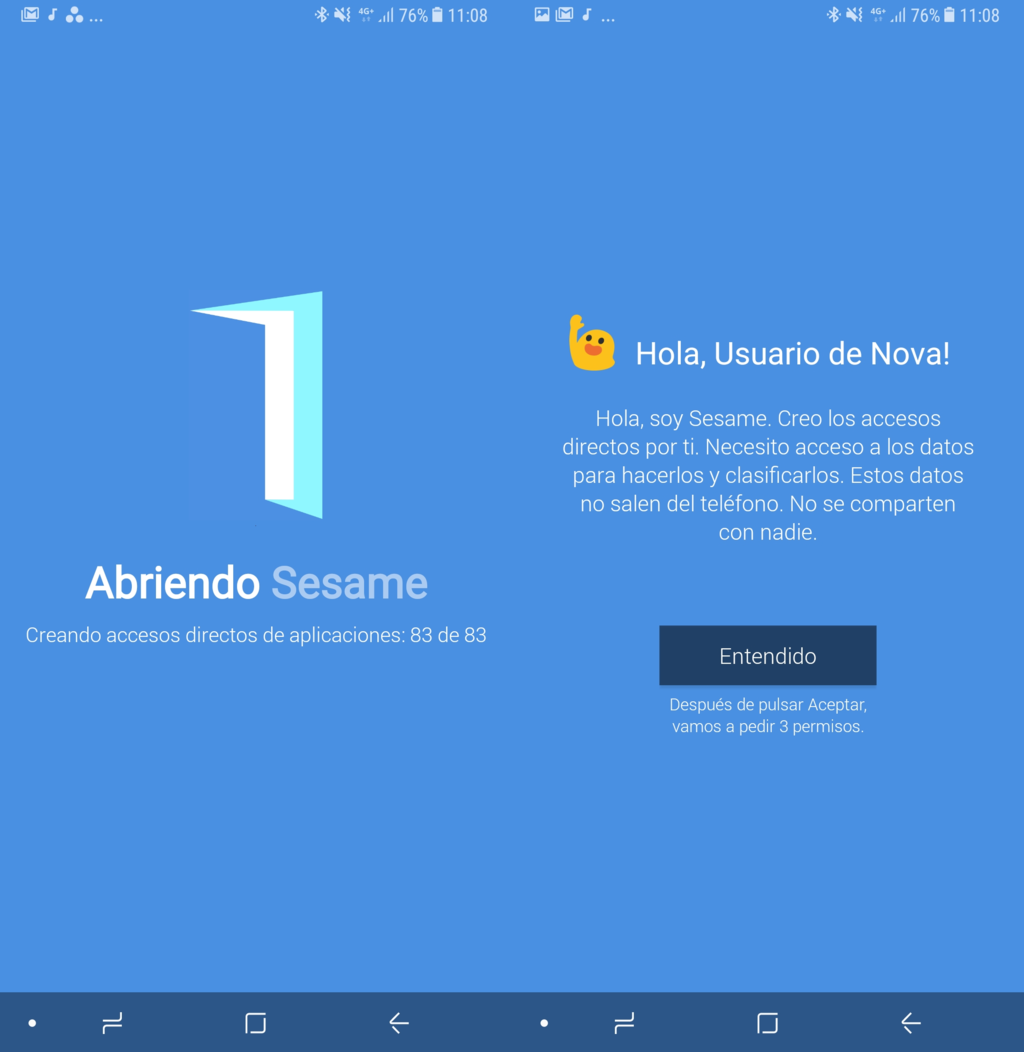 once the emerge, it is time to open it for the first time. We will see that the app will take you through a small tutorial where we will be asked a series of permissions. Don’t worry, it is not malicious: he simply wants to be able to configure the Sesame of Nova Launcher so that later you can put the ones you want.

after a few minutes, it does not take long to recognize the apps that we have in the mobile, will return us to a menu where you can see all the applications that we can configure and what options you have each of them. In my case, 40 apps that you have recognized, I have set shortcuts of Sesame to 37.

To help us with the configuration, you will see that in every item of the list will come a description of the shortcuts that we can add to each app. At this point the experience with Sesame will vary for each one of you because we don’t all have the same applications installed in the mobile. Yes, I will give you fifteen shortcuts that I use so you can see how useful is this extension. 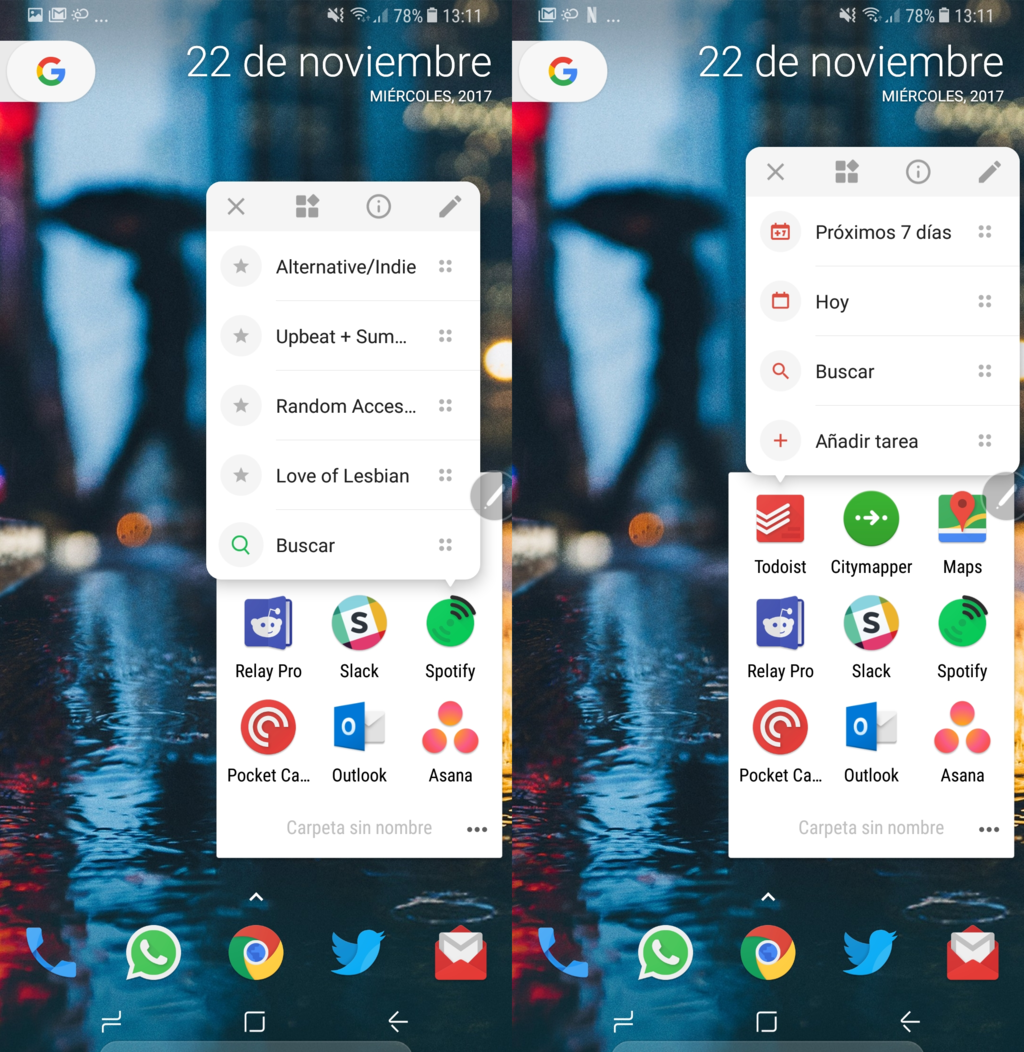 If you are not clear with the gesture of pressing on an app, you have the option to convert the shortcuts into icons and put them on the desktop. To do this, you just have to open the shortcuts of Sesame, let-hold on which you want to create a shortcut and drag it to the desktop, as in the image you have below.

–
The news What are the Sesame Shorcuts and 15 examples that show why we love it was originally published in Xataka Android by Juan Carlos González .

What are the Sesame Shorcuts and 15 examples that show why we love
Source: english
November 23, 2017