What if Superman was a teenager pissed off? The new trailer for ‘The son’ (‘Brightburn’) offers violent responses

last December, we were surprised at the teaser trailer for ‘The son’ (‘Brightburn’), a movie fantasy, and horror produced by James Gunn, several months after being fired from Disney/Marvel. Lost the project of ‘Guardians of the Galaxy 3’ but it has this strange proposal with Sony, and the sequel to ‘Suicide Squad’ with Warner, so no lack of stories of superheroes.

What would happen if a child from another world came to Earth, but instead of becoming a hero for humanity was something a lot of darker? This is the synopsis of ‘The son’, that with their trailers plays shamelessly to the memory of ‘man of steel’ (‘Man of Steel’). Also resembles ‘Chronicle’, the unexpected box-office success about a few young friends who acquire superpowers and they could not avoid facing up violently when one of them became a villain.

Elizabeth Banks, Jackson Dunn, David Denman, Meredith Hagner, and Matt Jones lead the cast of ‘The child’. The script is signed by two members of the family Gunn, Brian Gunn (brother of James) and his cousin Mark Gunn, while the staging has been the responsibility of David Yarovesky, which debuted in 2014 with the horror film ‘The Hive’ (‘The son’ is his second feature film).

The date of the premiere is the next may 24. That is to say, a month after that (probably) has swept the box office the highly anticipated ‘Avengers: Endgame’, with the public more willing to see another movie with superheroes. The one that may may suffer is ‘X-Men: Phoenix Dark, which after several delays was premiered by order only two weeks after ‘The son’, and without the hype usual I woke up with the saga mutant.

Trailer Spanish, and poster of ‘The son’ 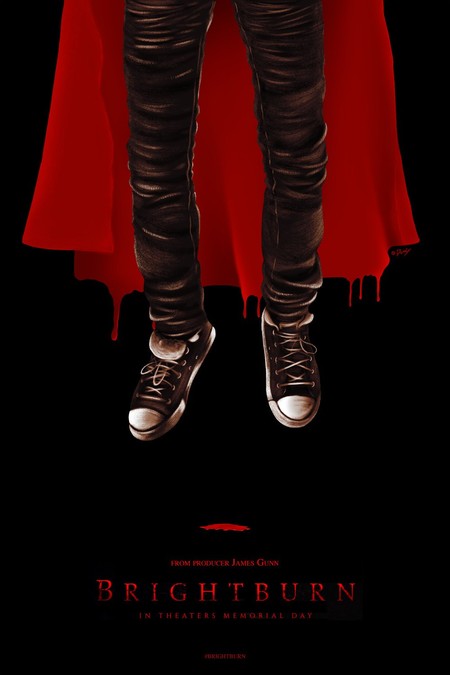 it’s official: there 'Venom 2' but it will not repeat the director

Here is the first teaser of 'Ghostbusters 3', the sequel that returns to the universe of the original saga

–
The news what if Superman was a teenager pissed off? The new trailer for ‘The son’ (‘Brightburn’) offers violent responses was originally published in Espinof by Juan Luis Caviaro .