All the dances of Fortnite in your phone: tens of applications to learn the steps 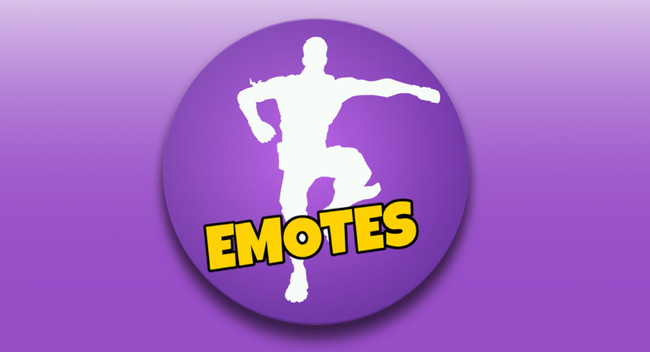 While we are waiting for this summer get definitely the version of Fortnite for Android, the fever for the game and its particulars pierced the field of video games to enter in pop culture in what is already a phenomenon.

Dozens of applications is responsible for collecting all the possibilities of the emotes, their variations and styles are classified to choose the most appropriate one to express personalities, emotions, and styles of game through the dance of celebration. It is the case of the free app Dance of Fortnite (Dance Emotes).

A repository with more than 1 million downloads 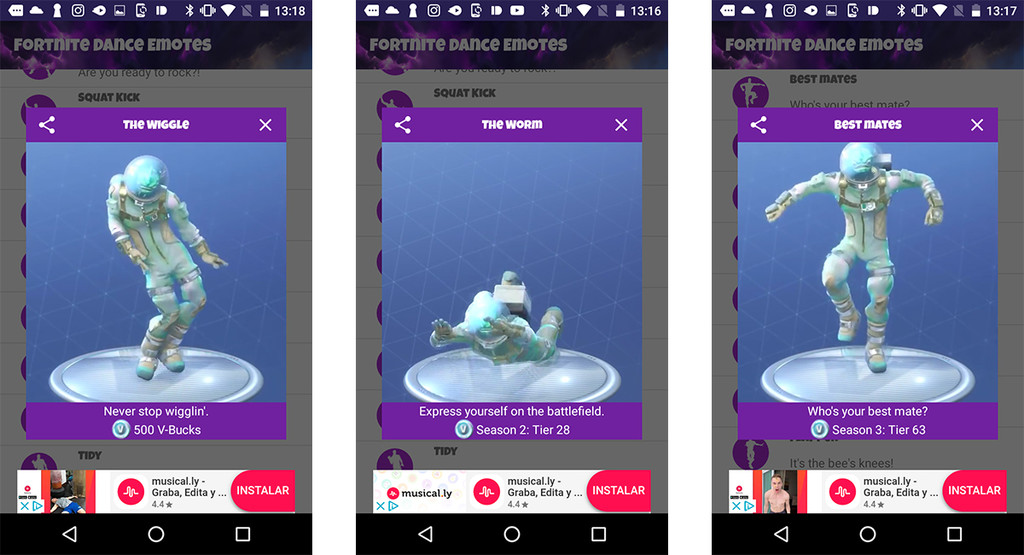 Dances of Fortnite is a very simple application. It’s just a list of all the options of dance that includes the popular game Fortnite, with their respective videos. Each dance is accompanied by your price in V-Bucks, the official currency of the game, and if that is the case, the requirements to achieve this. 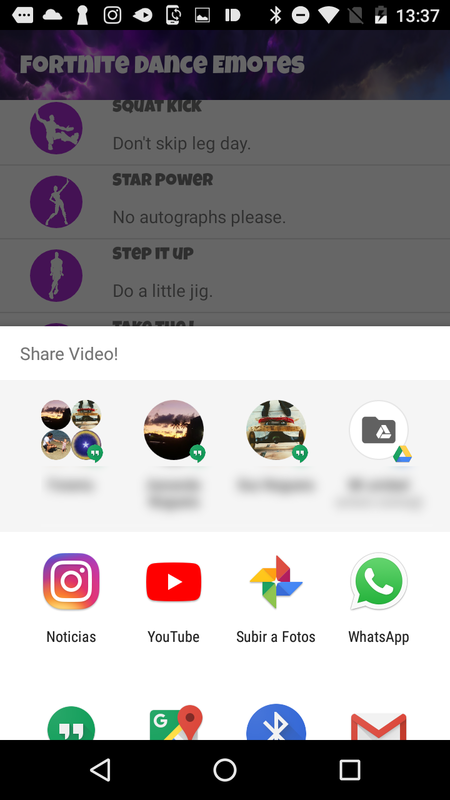 The application contains advertising banners lower and formats to all screen which are activated after a certain time of use. the Make it rain, Star Power, The Robot, The Wiggle and Zany are some of the names of these dances that it is possible to share through any of the usual services that offers Android and also depend on the applications you have installed. 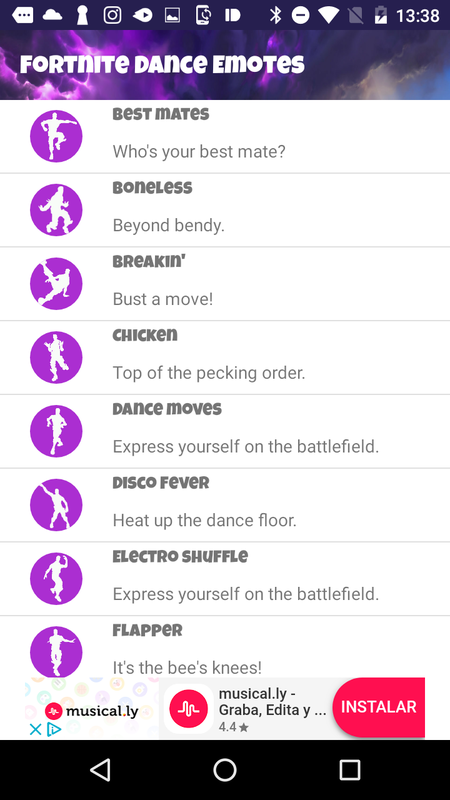 The application Dances of Fortnite does not save no official relationship with Epic Games, it is the independent development of jiggs dinner.dev, who already has other applications on the Google Play store.

The phenomenon of the dances in Fortnite

As already have been charged with analysing the co – TheWatMagdances of Fortnite, the game that challenged the supremacy of the PUBG and that is breaking all records, have become topic of constant conversation among its players and followers liabilities on Twitch.

The updates are periodic, and, with them, they are always new possibilities of customization through the classics skins and the fun dances that, as usual, running to mode celebration once you’ve removed an enemy (a tribute that will see both opponents dead as the players that have been defeated before) or even as greeting players.

The app store Google Play is brimming with apps similar to that collected by the dances of Fortnite but also the sounds, equipped with simulators of weapons, recreate the catalog of the store or show step-by-step how to play the dances in the real world, many of which are inspired by authentic memes of the internet. 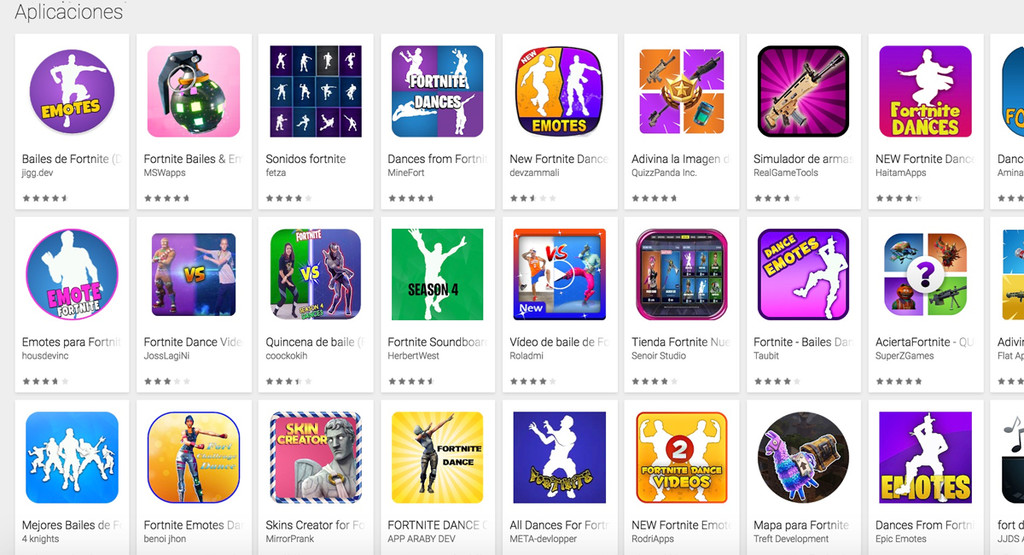 Ringtones for the mobile, mini-games, generators skins, maps, or even unofficial versions of Piano Tiles to teach to touch the issues of most recognized of the game are among the huge amount of applications set in Fortnite.

In Xataka Android | Fortnite for Android will arrive this summer: officially confirmed by Epic Games

–
The news All the dances of Fortnite in your phone: tens of applications to learn the steps was originally published in Xataka Android by Toni Noguera .