‘Avatar’ has been overthrown: ‘Avengers: Endgame’ becomes the highest grossing movie of the history 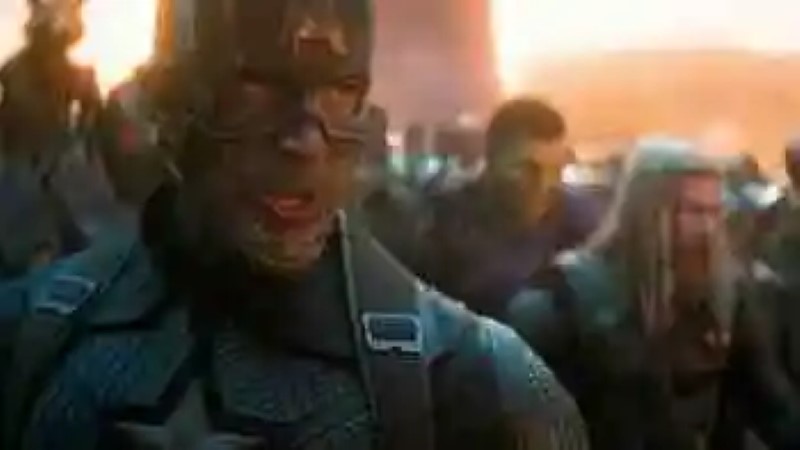 Since January 2010, ‘Avatar’ occupied the throne of highest grossing movie of the story. Almost a decade later, from a few hours ago, it has yielded the crown to ‘Avengers: Endgame’, the penultimate premiere of Marvel Studios, reestrenado with new material a few weeks ago in order to achieve the desired record.

The film of brothers Russo has reached the 2,790 million of dollars around the world (Ialmost 3,000!), a figure that will be expanded slightly to that the numerous copies that still resist in the cinema, go away to be able to exploit the domestic market. A curious detail is that Marvel and Disney celebrated this milestone before you achieve it.

► What is the ground effect? The ground effect is one of the bases o...
► Google Photos allows you to change the blur of a photo and adds Color Pop to some users what's New in Google apps: know when yo...
► The effect Xiaomi Mi Mix: all these chinese brands already advertise their mobile ‘without frames’ The sector of mobile telephony are not esca...

The announcement was part of the plan to dominate a year Comic-con San Diego and leave the competition behind. In addition to presenting the whole Phase Four, promising signings and future projects, Kevin Present, the mastermind of Marvel Studios, announced the news of the record to the fans with these words: “Thank you, Avengers: Endgame is the greatest movie of all time“. For his part, Alan Horn, executive head of Disney, released these statements:

“A big congratulations to the teams of Marvel Studios and Walt Disney Studios, and thanks to the fans around the world who have risen ‘Avengers: Endgame’ to those heights historic. Of course, even with the passage of a decade, the impact of ‘Avatar’ James Cameron remains as powerful as always, and the amazing achievements of both films are evidence of the power of movies to affect people, and gather it together in a shared experience. The talented filmmakers behind these worlds have much more to offer, and we look forward to seeing the future of both, the Universe, Cinematic, Marvel, and Pandora”.

And that is, of course, Disney bought Fox so that the franchisee ‘Avatar’ it is yours also. Is the sister of Marvel, Star Wars, or Pixar, leading to a amazing group of franchises, a catalog of awesome that will be assembled on the platform Disney+. The question now is: how will Cameron make history again and get to the top of the box office with ‘Avatar 2’? What we will discover from the December 17, 2021.

Disney triumphs with the remake of 'Aladdin': more than $ 200 million in its premiere

'Avengers: Endgame' exceeds the box office 'Titanic' and it is already the second highest grossing movie of the story

–
The news ‘Avatar’ has been overthrown: ‘Avengers: Endgame’ becomes the highest grossing movie of the story was originally published in Espinof by Juan Luis Caviaro.

Begins filming ‘The invisible guardian’, the adaptation of the ‘Trilogy of Baztán’
ES / EFE it has started shooting the first film adaptation of the lite...
Android M allows us to customize the quick settings
We continue discovering some of the innovations we are finding in Andr...
RetroMania Wrestling shows his style of game in a video demo
The game is presented as the spiritual successor of the beloved and rememb...
Beauty in the planes of Breaking Bad, also in Better Call Saul
The planes of Breaking Bad have marked the narrative pace which for m...
Bibliography ►
Phoneia.com (July 22, 2019). ‘Avatar’ has been overthrown: ‘Avengers: Endgame’ becomes the highest grossing movie of the history. Recovered from https://phoneia.com/en/avatar-has-been-overthrown-avengers-endgame-becomes-the-highest-grossing-movie-of-the-history/

This article was published by Phoneia, originally published in English and titled "‘Avatar’ has been overthrown: ‘Avengers: Endgame’ becomes the highest grossing movie of the history", along with 18989 other articles. It is an honor for me to have you visit me and read my other writings.
◄ Rumor: Leaked details for the DLC of Red Dead Redemption 2
Crossout welcomes your soccer tournament post-apocalyptic ‘The Cup Wasteland’ ►