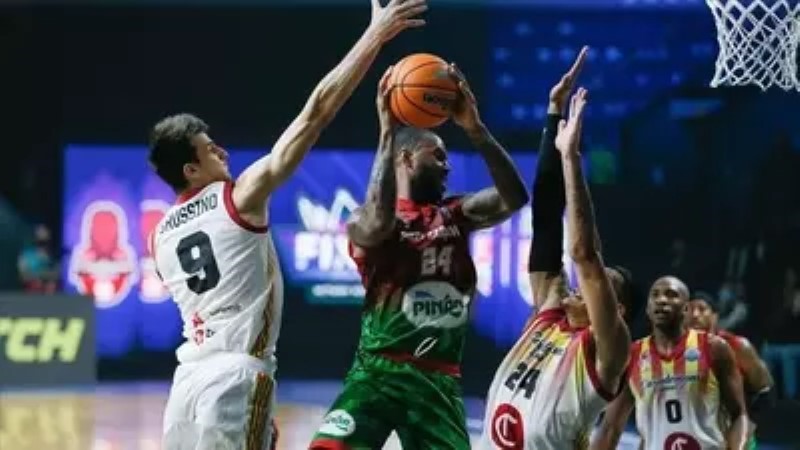 The group stage of the Basketball Champions League started at the beginning of October 2022 and will end at the end of December. The tournament is attended by 32 teams divided into eight groups. The first places go to the playoffs of the winners stage, and the second and third places go to the qualification. Teams that finish fourth stop participating in the competition.

Bookmakers have marked the main five for victory in this international tournament and it consists exclusively of Spanish teams: Tenerife, Unicaja, Manresa, Bilbao and Murcia. The rest of the participants will try to dilute the dominance of the representatives of Spain, but it will be quite difficult to do this. If you are a fan of sports betting and want to bet on this event, be sure to download the app https://mostbetclub.top/blog/prilozhenie-dlya-android and do it from any gadget.

Chus Vidorreta’s wards performed quite confidently in Group F. By the fourth round, the Spanish club was ahead of the closest pursuers by one credit point. After a confident home victory over Rytas, Tenerife lost on the road to Peristeri – 81:88. Then the team from San Cristobal de la Laguna defeated the Israeli Bnei Herzliya twice. It should also be noted that after nine rounds in the AKB League, the “yellow-blacks” were in first place. Jaime Fernandez and partners were one win ahead of Real Madrid, Barcelona and Gran Canaria. However, there is still a long distance ahead and it will not be easy to play on two fronts.

Tenerife have a strong squad and look extremely confident as the season progresses. So, the Spaniards are quite capable of winning an international trophy, in which there are few teams capable of imposing a fight on the “yellow-blacks”.

The team from Malaga made an exemplary start at the group stage and guaranteed advance to the relegation battles ahead of schedule. In the starting four rounds, the guys of Ibon Navarro defeated Sassari and PAOK once, as well as Dijon twice. On average, the Spanish team scored 85 points in forty minutes of playing time, and conceded 69 points. The Green-White-Purple-Light have secured a pass to the playoff round and the team can go further along the grid far enough.

There are only three Spaniards in Unicaja, but there are many high-quality foreign players. So the winner of the Eurocup season 2016/2017 may well aim for another international trophy.

The guys of Norberto Alves started in the quartet “F” with three victories in a row. Alternately, Manresa defeated Limoges, VEF Riga and Benfica. Then the “red-black-whites” took the “eagles” at home and lost – 82:92. The inhabitants of the Pavell Nou Congost arena are not very stable, but in some battles they can impose a struggle. It is also worth noting that in the domestic championship, the position of the brainchild of Josep Vives is not the best, so there is a possibility that the team will sacrifice the international arena.

The Red-Black-Whites are very likely to play in the playoffs, but Manresa is unlikely to go far. Getting to the final for this team can already be considered a success.

Jaume Ponsarnau’s guys are not stable in the AKB League. But in the basketball Champions League, the Basques show good results. In the first three games, Bilbao outperformed Nymburk, Bahcesehir University and Igokea on the road. Then the inhabitants of the “Bilbao Arena” took the Bosnians on their native parquet and lost in a bitter struggle with a score of 81:84.

The team from the Basque Country will definitely make it out of the group, but in the knockout battles, the “black and gray” can hardly count on going far.

Sito Alonso’s wards are in a very difficult group in the Champions League. Nevertheless, they perform great in a quartet. After four rounds, Murcia was ahead of Strasbourg only in additional indicators. Having beaten Tofas at home – 75:72, the Spanish team lost to Szombathely in Hungary with a score of 94:104. Then the Blue-Yellow-Reds defeated the Strasbourg club and took revenge on the Hungarians at home.

Murcia is guaranteed to remain in the top three, but it will be extremely difficult for the brainchild of Luis Carabante to get far in the playoffs.

The most likely winners of the Champions League are Tenerife and Gran Canaria. These teams look great in terms of play and have a strong selection of players. Manresa, Bilbao and Murcia can create a sensation and reach the final, but these teams should hardly count on gold medals.

Business
Megan Fox: “‘Ninja Turtles’ is better than’ Star Wars’ and ‘Lord of the Rings”
EP Megan Fox has declared absolute fan of 'Ninja Turtles'. Michelange...
Uber concealed a data theft that affected 57 million users and motorists in all the world
EFE / VIDEO: AGENCY ATLAS filtration occurred in 2016, when, according to ...
Sega is considering to bring Yakuza Ishin to the West
The game-themed samurai, was released in Japan for PS4 and PS3 but not tol...
Samsung Pay adds Cajasur and Kutxabank to its list of supported banks
The ecosystem of mobile payments Spanish abstract in three main service...
Bibliography ►
Phoneia.com (December 5, 2022). Basketball Champions League 2022/2023 Winner. Recovered from https://phoneia.com/en/basketball-champions-league-2022-2023-winner/

This article was published by Phoneia, originally published in English and titled "Basketball Champions League 2022/2023 Winner", along with 18987 other articles. It is an honor for me to have you visit me and read my other writings.
◄ Implantation of memories and optogenetics: the major revolution in neurosciences
They reveal the date when drinking water on Earth will run out ►