Four years after the release of Beach Buggy Racing, and after becoming the best racing game on the Mario Kart for Android devices, finally arrives to Google Play its long-awaited sequel.

Beach Buggy Racing 2 is the new lanzamimiento of the study Vector Unit responsible for the highly acclaimed series of racing aquatic Riptide GP. With this sequel the company expects to achieve an improvement in the success achieved in its first edition, and offers a very important news.

MMX Hill Dash 2 comes to Android, the sequel to the popular game of acrobatic off-road racing

this is Beach Buggy Racing 2 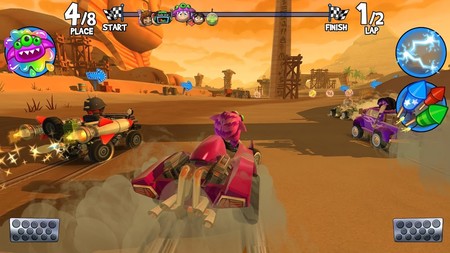 The main novelty that we find in Beach Buggy Racing 2 is its new multiplayer mode, in which we can compete against players from around the world in fun online games.

Beach Buggy Racing 2 comes with over 45 powers updatable, about 40 vehicles, three new characters, new tracks and new game modes. We can have races with up to eight players to race one against one, daily challenges, obstacle courses or weekly tournaments.

download Beach Buggy Racing 2 it is totally free, and the game comes free of advertising. To unlock new powers, characters, vehicles and improvements will have to go winning races. If we want to move forward faster, we can always pull their app purchase to get coins and gems. 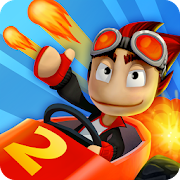 beat your friends in some races with Metallicars

–
The news Beach Buggy Racing 2, the sequel to the best racing game ‘Mario Kart’ comes to Android with online multiplayer was originally published in Xataka Android by Cosmos .